After the first steps in airsoft, there is a moment when you will have more and more stuff to carry, like magazines, grenades, speed loaders, radios, etc. The question arises where to put it all. There are many options on the market to choose from, from simple belts through chest rig to heavy capacious vests. Today I will try to briefly introduce you to all the options and their pros and cons. I write the article from the point of view of usability in airsoft, I do not take into account the styling and actual combat use of the following kits.

Tactical vest - all in one

Vests that the manufacturer has already equipped with several pouches in various configurations are especially popular among new players, often these types of vests even have a built-in pistol holster. Constructions of this type have the plus that often cheap we get a finished product in which we can fit most of the things we need on the gameday, like magazines, radio or as I mentioned earlier even a pistol. The downside of such constructions is that we have no choice as to how the vest is configured.
Some pouches may not be needed, while others may not be enough, maybe they are in the wrong places or they are not suitable for carrying the things we need. Also in such vests, we look more like a security guard than a brave soldier. I had the dubious pleasure of using a pattern 83 vest, popular long ago, a vest in which the pouches were either too small or too large. I would not recommend it to anyone. 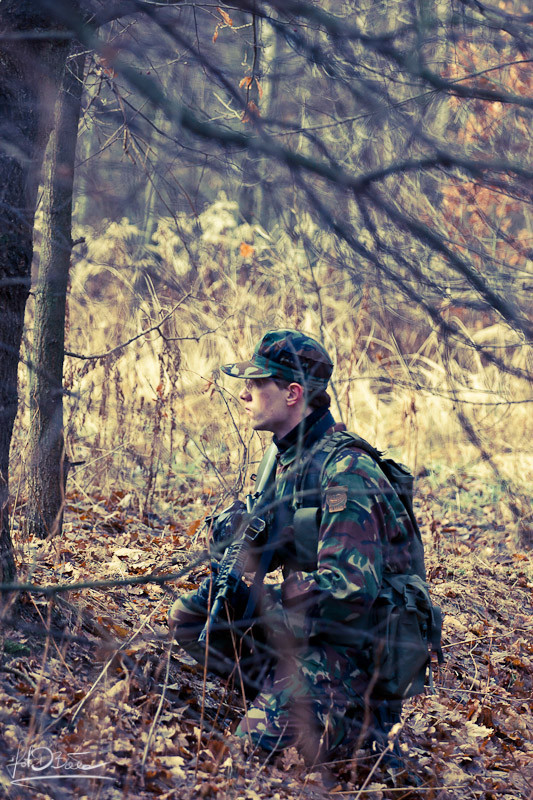 All sorts of full-fledged ciras or fsbe vests and others are constructions in which we have full freedom to configure our gear and which often come to us with several universal pouches. A big plus of such constructions is the fact that we have a lot of space to mount all the pouches we need and that often those that we get in the set are useful and that the vest itself protects a large part of the body. The downside of such constructions is the fact that they are usually quite heavy, especially the cheaper ones and it is quite hot in them. Besides, if we hang ourselves with pouches like a Christmas tree, they can restrict movement. It may sound funny but when I used such a vest I played a bit more aggressive, I felt like a tank in it, I was not afraid of the opponent's bb’s (from the point of pain, you still have to admit the hit!) But most often I ended the action quickly because of weight and heat. 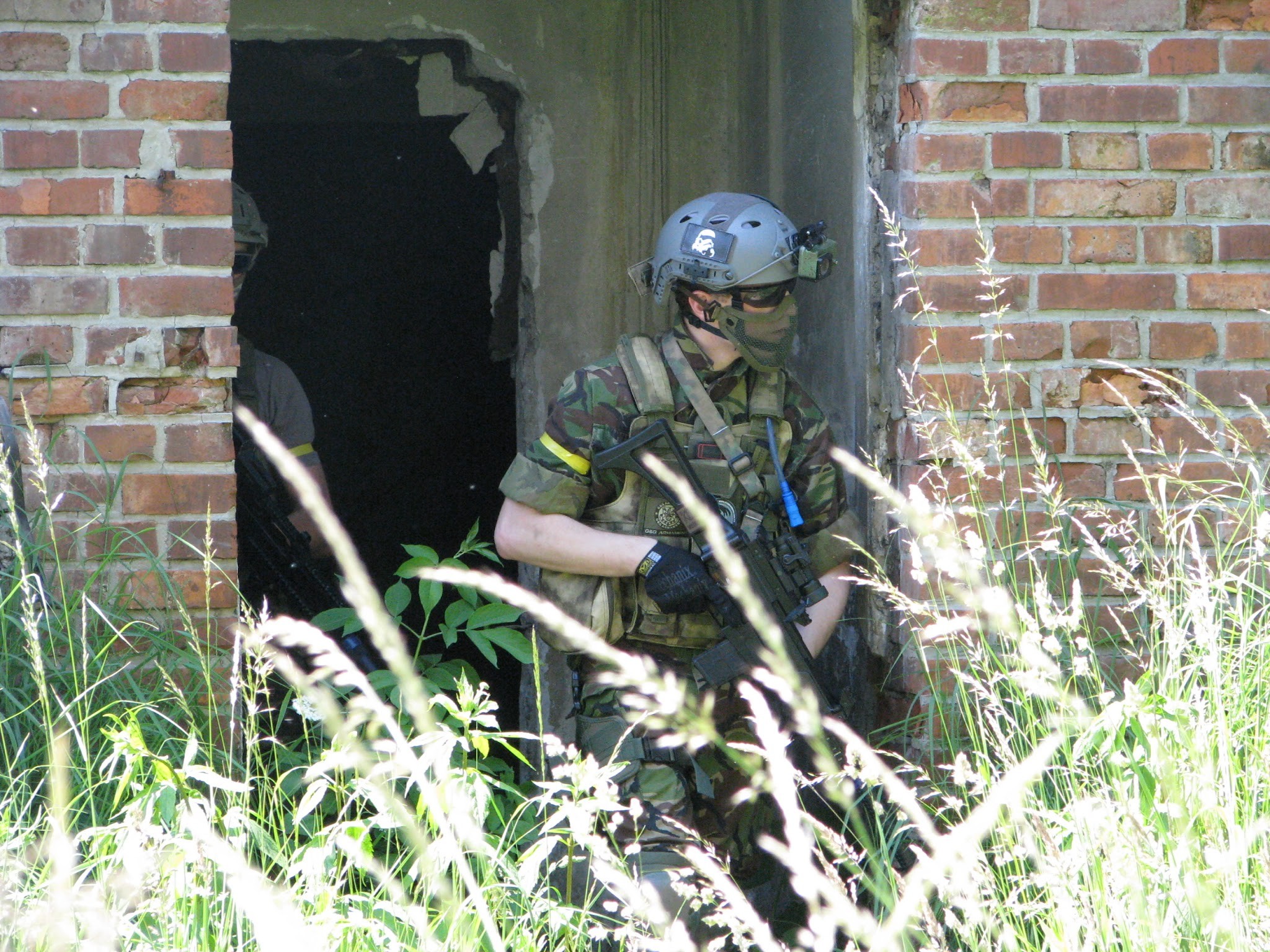 JPC type vests are the answer to the problems with heavy vests that I mentioned above. These are extremely slimmed-down designs, but still providing plenty of space for the needed pouches. Front and back practically only cover for dummy sapi plates joined together on shoulders and straps (cummerbund) under the arms. Very light but still giving a lot of space for the pouches we need, they are non-binding our movements, lighter and airier than "full" vests. Such vests usually come without any pouches to us and we need to assemble the necessary gear ourselves, with some constructions we can expect only built-in pouches for about three magazines and sometimes a small pocket at the top of the vest. This type of design is very popular and there are many variations of it, from cheap simple constructions to fancy skeletal models cutting weight to a minimum. However, such vests still strongly cover the chest and back, which can make them quite warm, and they do not protect as well as larger vests. I have switched from a heavy ciras to a cheap jpc and I was very happy about it. It was lighter, cooler and I still had room for all the pouches I needed, but I gave it up for… 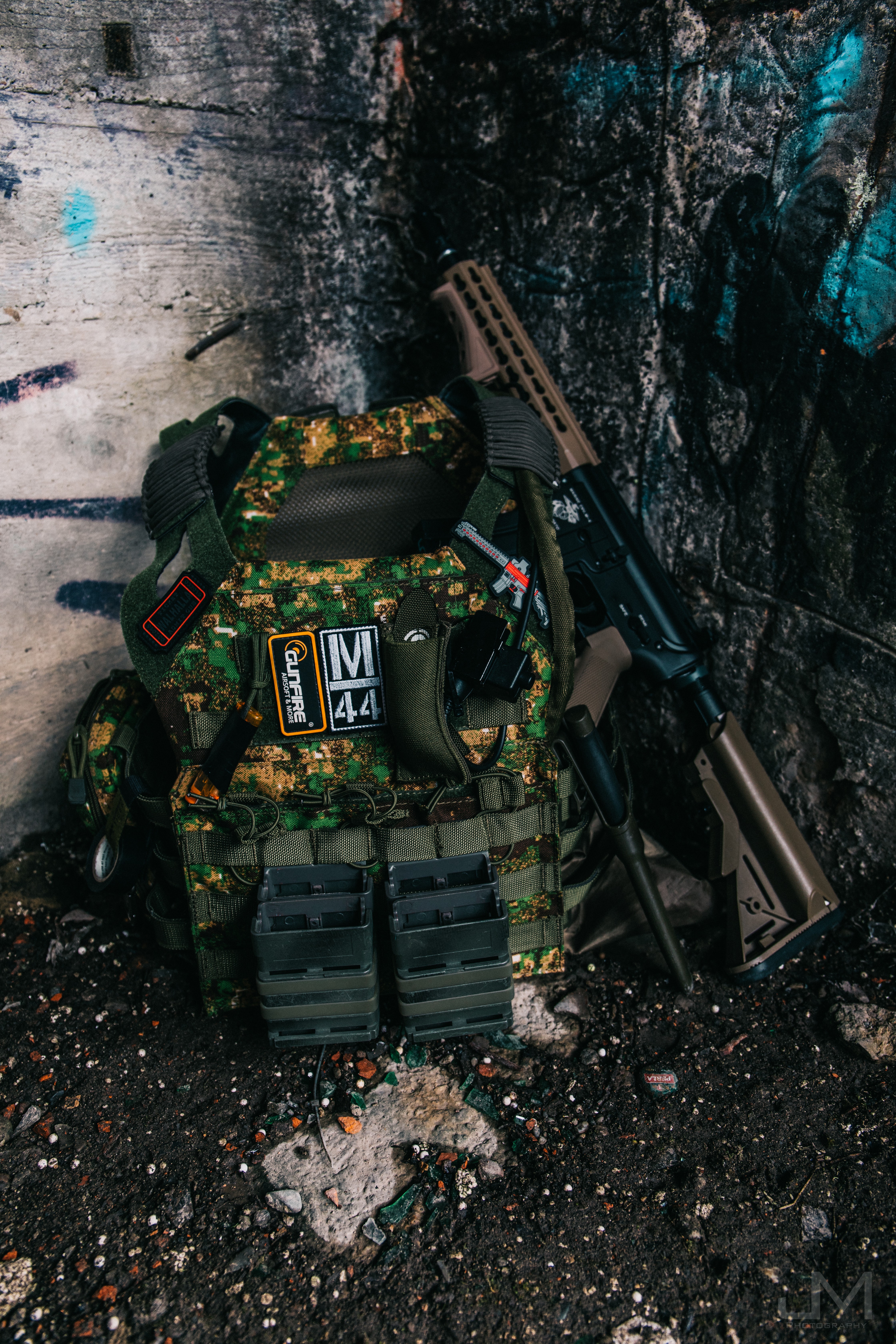 If you like to have easy access to pouches but would like to go even lighter than a JPC, a chest rig may be for you. Depending on the design, we get a panel at the height of the chest on which either we have already mounted pouches or prepared a surface with molle for our arrangement of gear. Connected with light straps on the back, this type of construction is very light but gives us less space for additional pouches, they still protect the chest but leave the back exposed. It is additionally much cooler and limits movement less than even a JPC. Personally, before I got into a ciras I used a British chest rig in combination with a simple backpack for a hydration insert, it was light, comfortable and I had enough space for the necessary gear. After passing through Ciras and JPC, I returned to this construction, this time made by Husar, which I expanded with light side panels and a backpack for hydration insert. Such a set is still super light, but I have more than enough space I needed, it is not as hot in it as in the case of vests and still protects most of the body.. 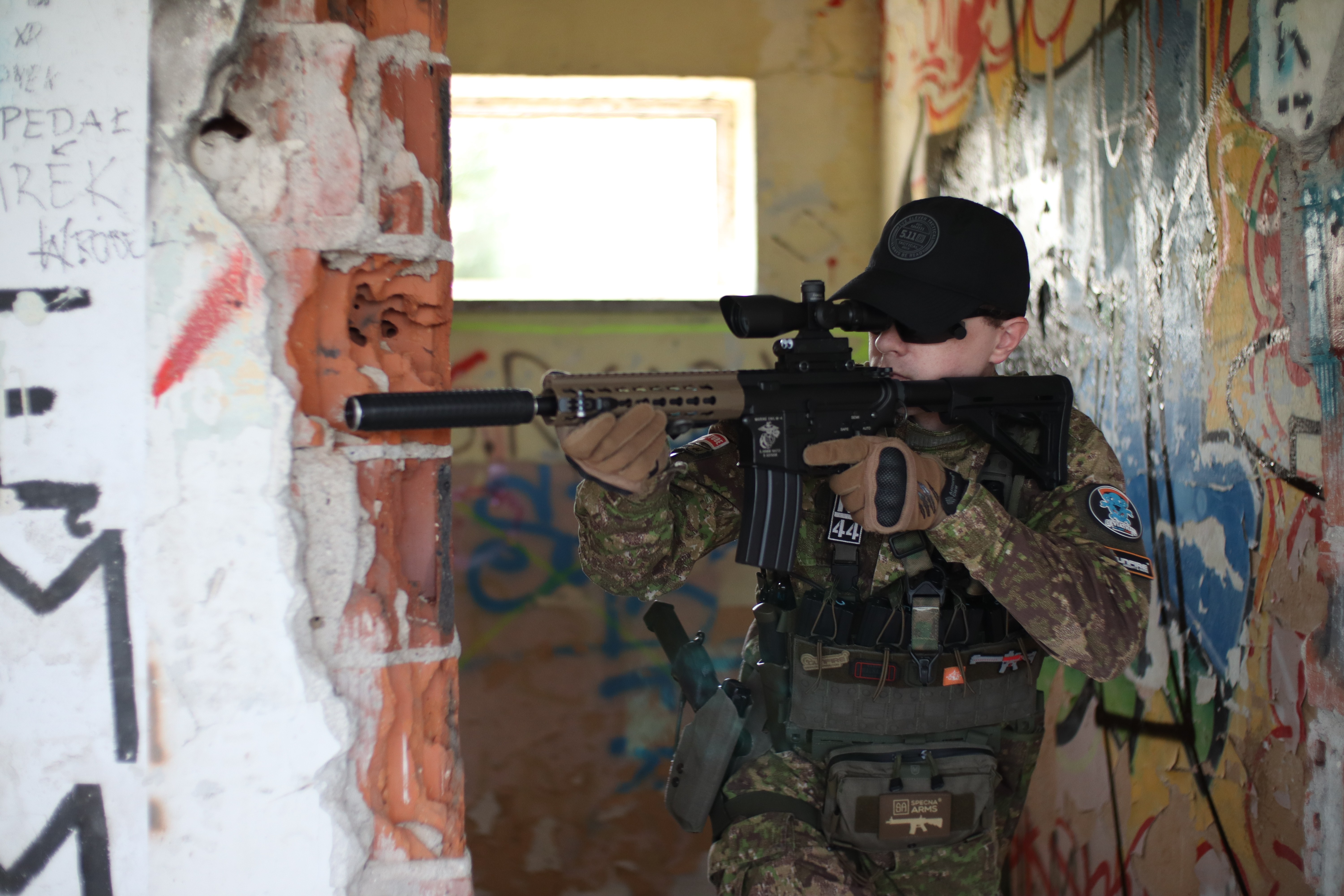 A tactical belt is the end of the road in the choice of gear by many players. If you don't care about doing a reconstruction of a unit or a tactical look and know what we need for the game, it can often turn out that you only need a few pouches for your primary and for a pistol or for example, a radio and a dump bag. All this can easily fit on a tactical belt. We have many constructions, one more expensive and the other are cheaper, but they come down to the same, straight belt with space where we can mount the pouches we need. Belts sometimes come in a two-part form where the inner belt is put through the belt loops so we do not lose our trousers during the action, and the outer belt, which attaches to the inner belt with Velcro. On the outer belt, we mount our pouches. Belts with suspenders are a good choice for people who want to carry a little more things and want to distribute the weight also on the shoulders, also, often on the suspenders, we have an additional place to mount the PTT button or tube from the hydration insert so that it does not dangle during gameplay. Such a set is an absolute minimum in the weight category, and with the right configuration maximum comfort. It does not protect us in any way against bb’s like vests do. If you care about mobility and comfort, this solution may be for you. Personally, in a set with a sniper rifle, I use a belt on which I have a few pouches for everything I need, and for this, I always have a second belt on which I have a holster and a dump pouch. It is worth adding that such a belt is a very nice extension to other gear like a jpc or chest rig. 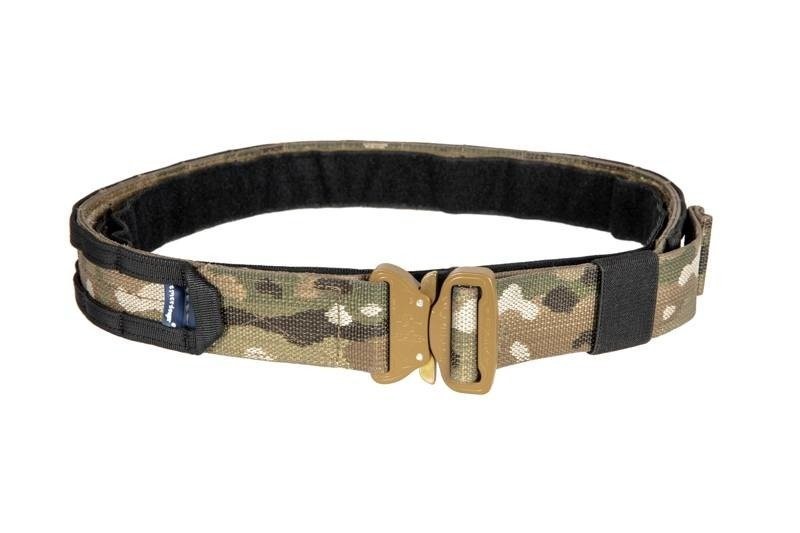 The order in which I presented you these gear types is not accidental because it shows the path of many airsofters. The new player is often not sure what he will need and does not want to risk buying a bare vest and picking the right pouches, which is why he often chooses ready constructions.
Over time, if the finished design does not work and he wants some modularity, then the choice falls to the vest. Whether it's a heavy ciras or JPC the arguments for buying one is almost the same "a lot of space for pouches and GREAT LOOK" yes, let's not forget about the swag.
If this phase passes and our player concludes that he doesn't need so many pouches and he would like some lighter gear, the choice is often the chest rig, and then the king of minimalism, the tactical belt.
This is not a path that everyone has to go through, often some players stop at some level if they find what they are looking for and what they are comfortable with. They often jump to a minimalistic style without looking at the swag or military stylizations. I think it's worth trying different sets. As a person playing for a long time, I have found that I value comfort more than swag, I am even preparing an only belt kit for fast and dynamic games, but it is only me, something completely different may suit your needs If you are not decided which way you want to go then personally, I recommend starting with a chest rig or JPC, a lot of space for needed pouches and lighter than a heavy vest. I hope this article will help you a bit with choosing your future set.