I usually give the replica to someone who knows his stuff, but still, there is a pool of service work that usually does not require much intervention and can help us improve the performance. Sometimes, with the use of simple techniques and tools, we will be able to bring a unit to a working condition that someone else would have written off.

We are probably used to the fact that new things should be in perfect condition, offering full readiness for use. I adhered to this belief for a long time, but recently, I spent several minutes configuring a new camera when I realized that it was wrong. Airsoft replicas do not differ from other goods here. They require some attention even before the first use. After all, we have to mount our accessories on them, attach a tactical sling, and so on. In that case, I postulate that the pool of simple activities that we perform should include a decent... cleaning! I am often amazed to see how much dirt can accumulate in the barrel of a replica. Even if it is brand new. In this case, it is no wonder that manufacturers add cleaners to most of the replicas. Let's use them, and it may turn out that we have eliminated strange side shots and in extreme cases, jams. Of course, after the first cleaning, it is worth repeating this action regularly. Most of the manuals attached to the replicas contain a short guide on how to do it, and it should not be a problem to find such information on the Internet. 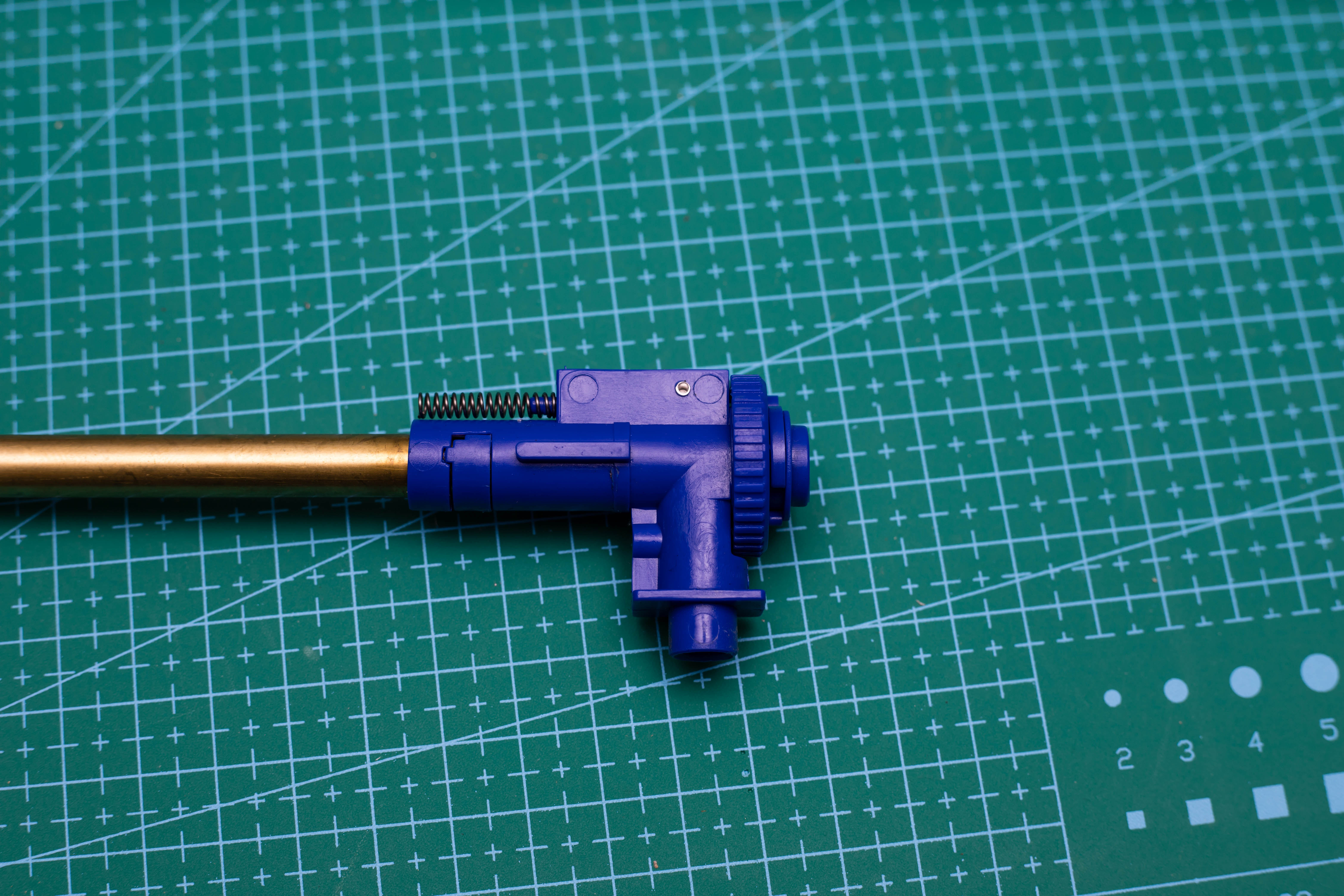 While remaining within the inner barrel of our replica, it is impossible not to mention that the replacement of the hop-up bucking is often an extremely easy and effective form of tuning. Although this is a plus (for example, the latest top series of Specna Arms replicas have a flat-hop system as standard), most replicas still come with very basic hop-up elastics. Even though the cost of sufficient bucking from a reputable manufacturer is often around PLN 30. By paying a similar amount for an advanced distancer, we can get improvement in performance such as focusing shots or range. The very replacement of the rubber and the spacer, although not as simple as the cleaning of the barrel mentioned earlier, should not cause many problems. Referring either to the instructions attached to the replica or more detailed materials on the Web, we must disassemble the replica so that we can get to the barrel assembly and the hop-up chamber and then carefully remove the clamp that receives the chamber in place and the chamber itself. Only then it's enough to remove the old rubber from the barrel and put a new one so that the groove on the inside of the rubber meets the short milling cutter on the barrel. We put everything together, and it's ready. 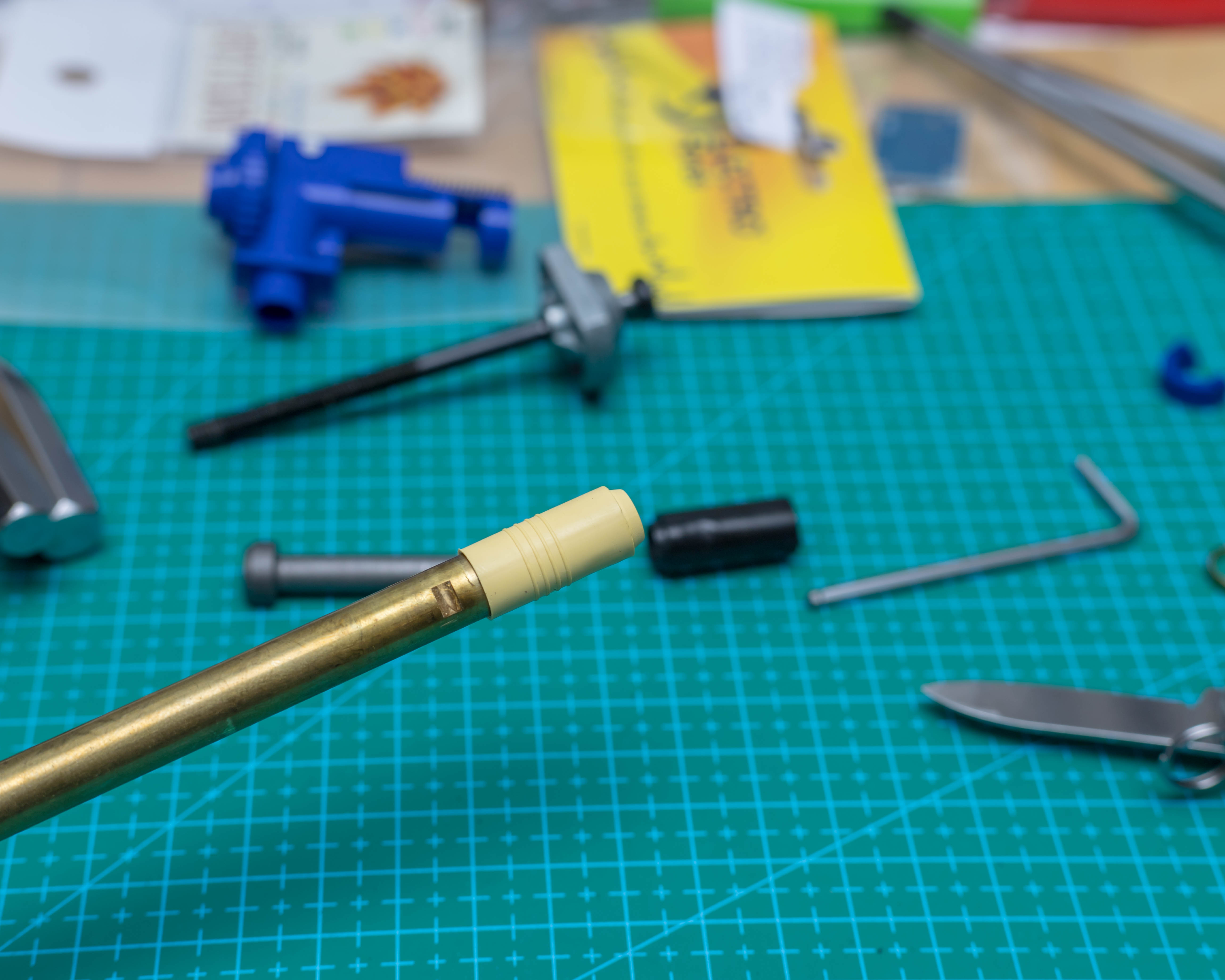 If, after folding, it turns out that our arrows can be lifted to one side, it may turn out that when folding the barrel twisted along its axis in the chamber. You will have to go back to her and make sure she is in the right position.

Airsoft replicas do not work with water. Probably everyone knows it. The fact that they need a power source to work properly doesn't seem like a big puzzle either. However, it remains a mystery why so many manufacturers still add outdated NiMH batteries to their replicas as standard. These types of cells are rather inefficient and have several other limitations from our point of view. Their only, though doubtful advantage, may be the price. However, let's return to the topic of this article. Now we will consider what we can do to improve the performance of the replica if we have such a battery? It is best to replace it with a LiPo link. This is a simple and very effective replacement. Provided that the new battery has the same type of plug as the replica. No additional modifications will be required, and we can notice a significant improvement. A replica powered by even the weaker 7.4V package should benefit from the rate of fire and should also improve its response to the trigger. 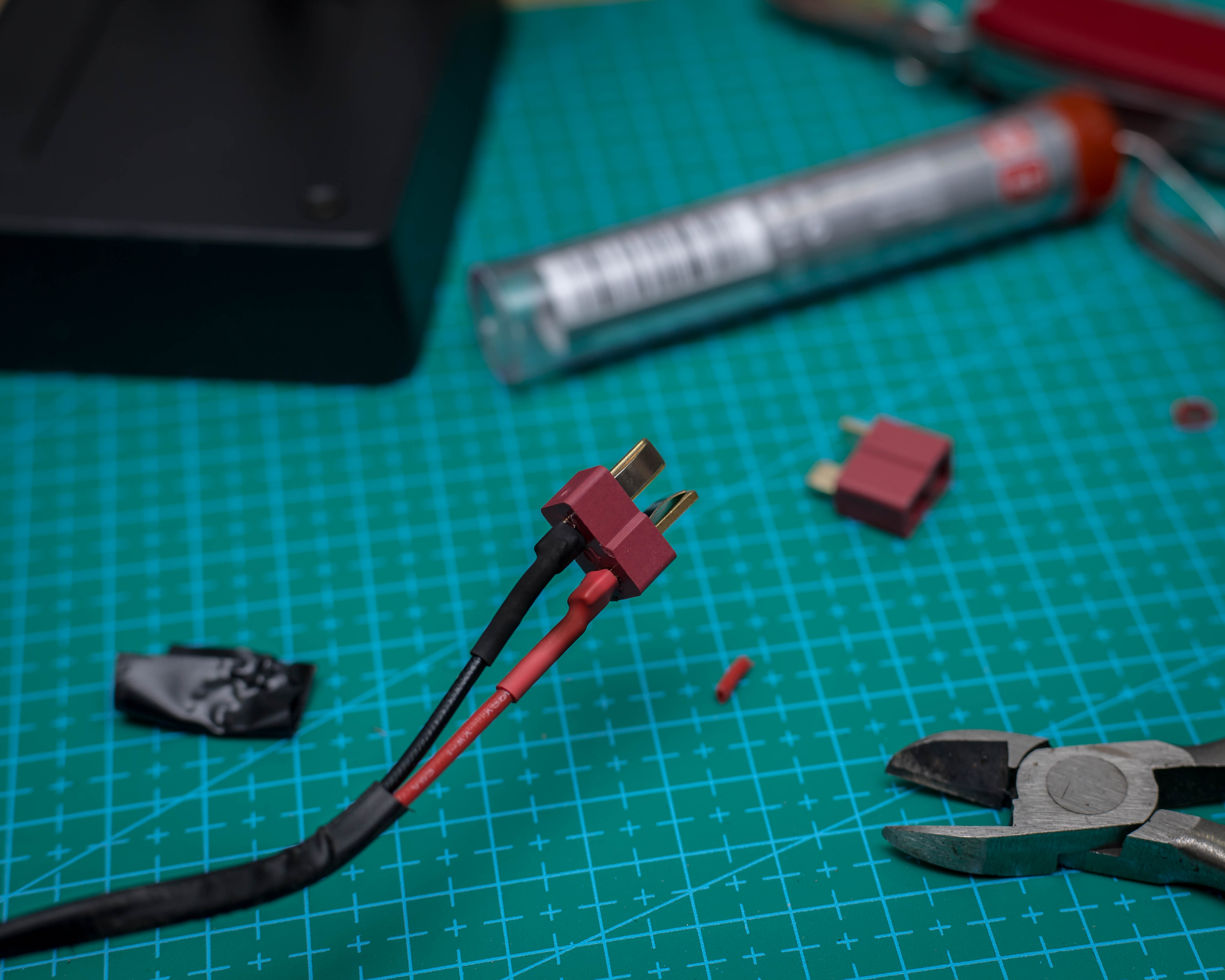 Staying on the topic of the electrics of our toy, it is worth mentioning the type of connector used. As enigmatic for me to add the above-mentioned NiMH batteries to sets with replicas, I am also, or even more surprised, that they still use imperfect Tamiya connectors. In principle, they have their justification. The poles have a different shape which makes it difficult to confuse them. The plug itself has a retention mechanism. However, the workmanship in my opinion is not up to modern standards, especially in airsoft. 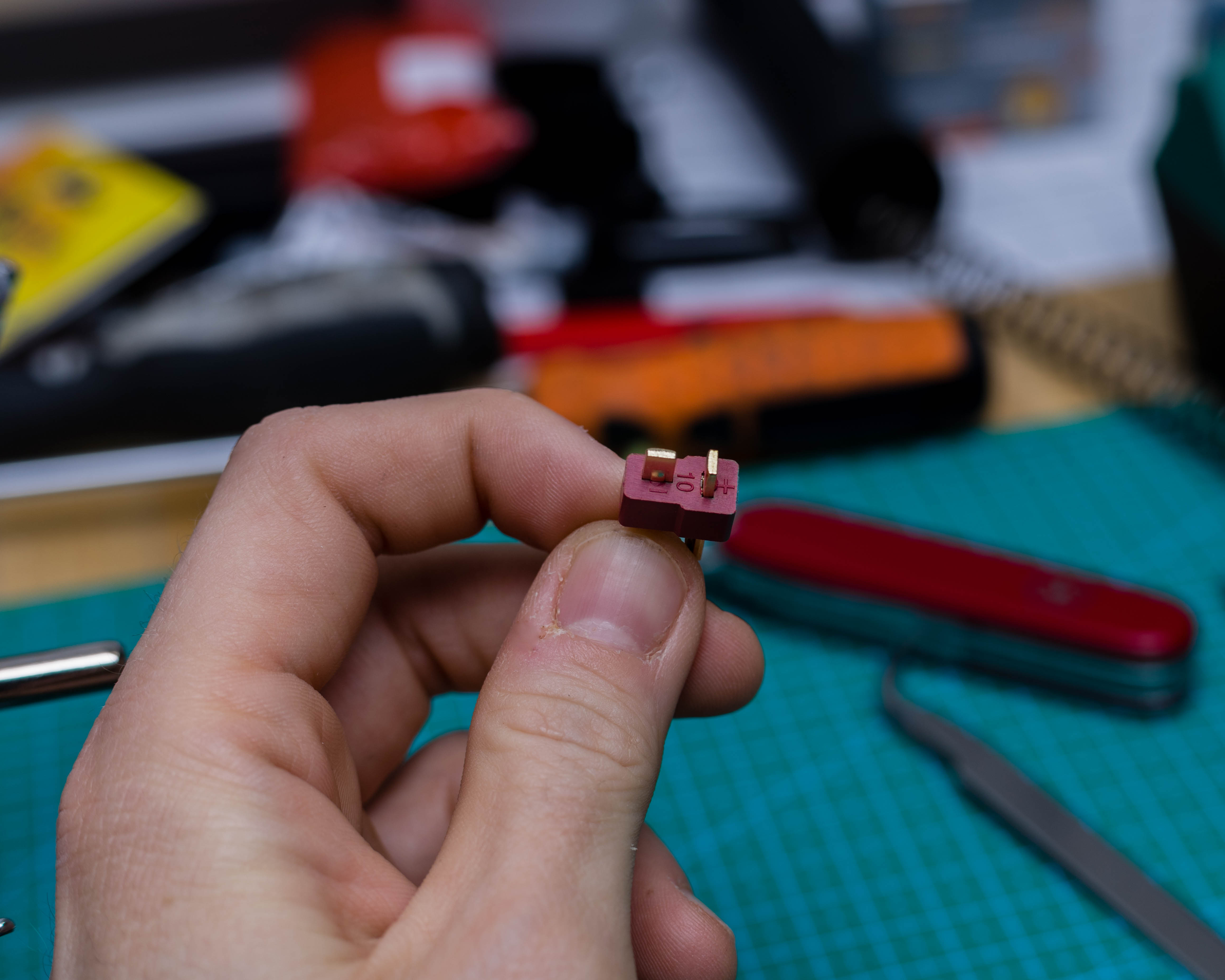 I have seen replicas more than once, which faded during a firefight but magically come to life after their plugs were moved. It turned out that at this point the connection had broken. Fortunately, if the problem was from the battery side, you can use the reserve. Worse if it happened from the side of the replica. Most often, the repair of this type of defect will be extremely simple and will consist of replacing the connector. Fortunately, over the years, the airsoft community has quite universally switched to T-Deans plugs, which eliminate the above-mentioned problems. Instead of soft pins like Tamiya, Deans rely on quite solid plates as a conductive element and has the form of ... a small block which makes it more solid. The exchange itself is also very simple. The plug is usually marked with minus/plus poles. It is enough to solder the wires of our replica to them. Next, secure them with insulating tape or a heat-shrinkable band, and we are ready.

I think that each replica will have some slack sooner or later, so I don't care if they appear in my plays. I know that this is a natural consequence of the use and, more importantly, I don't see a problem with eliminating them on my own. Let's look at the places where they appear most often. Before starting any repair work, it will be a good idea to visit our local DIY store or see if we have the tools and accessories you need. It is important to stock up on thread glue, a good-quality set of hex keys, self-adhesive Velcro tape, and insulation tape (this could not be missing from the airsoft service!). The easiest way to eliminate the slack on the stock. If we have one that can be adjusted, but it bothers us that it moves too much, we can use an old trick that my friend suggested to me, which is also included in the Maniek44 airsoft lifehack series. We stick the soft side of the Velcro tape to the stock guide and fold the chip. Backlash should stop or disappear altogether. We go further. If our magazines stick very loosely in their socket, it is worth trying to cover them several times with insulating tape. It may not be a very elegant solution, but it has worked for me more than once. The taped part of the magazine hides in the slot on the replica's body, so we can choose a tape in a bright, eye-catching color, which will make it easier for us to find the magazine if it falls out.

The next step will be to use our thread and spanner glue. If you feel any slack in the replica, first of all, it is worth checking if all the screws are properly tightened. Sometimes I regret that we do not have a situation here like in the bicycle world, where for each type of bolt connection we find the recommended value of the clamping force, which can be easily selected with a torque wrench. However, here we have to act by feeling, and here I warn especially users of replicas made of plastic that you should be careful. It is easy to tighten the bolt too much and break the replica's body, which is a big problem. Instead, if the tightened bolt continues to unscrew, it is worth trying to secure the connection with thread glue.

If we want our replicas not to break down, the best way to achieve it is not to use them. However, I adhere to the principle that it is better to use them as intended and take them to airsoft games. Therefore, it is good to know your equipment and be able to take care of it. The advice provided in the text is essential, but will help with the most common minor faults. Maybe thanks to this we will save some funds for the help of service technicians, and we will be able to spend them on tuning or dream equipment. Let me know if you repair the replicas yourself and if the tips presented today turned out to be useful for you.

Do you have a serious problem with the replica that you cannot solve? Reach our technical department!