Acronyms that we often hear on airsoft games

Probably the largest group of acronyms that we can meet during airsoft games are those taken from the military. They very often relate to firearm systems. We will have ones that signifies the type of equipment used. SAW - Squad Automatic Weapon – would be an automatic weapon allocated to a squad unit, polish variant of that would be KM – “Karabin maszynowy” (Machine Gun) or RKM (“ręczny karabin maszynowy”) used to describe an LMG – Light Machine Gun. We also have KBK - i.e., Carbine (polish for “karabinek”) or PM – “Pistolet Maszynowy”, polish variant of SMG – Sub-Machine Gun. Last short form that I would like to mention is the object of desire of many airsoft players, i.e., DMR - Designatet Marksman Rifle. Usually, after this type of acronym comes another one that would point us to a specific weapon system. It will be, for example, the AK - Kalashnikov Automatic or AR-15 - the ArmaLite Rifle (which is used collectively to denote all similar clones of this system). A popular acronym, especially recently is the Polish MSBS - Modular Small Arms System (“modularny system broni strzeleckiej”). With these basics, it will certainly be easier for us to find ourselves among the various terms of firearms that are often used during skirmishes. 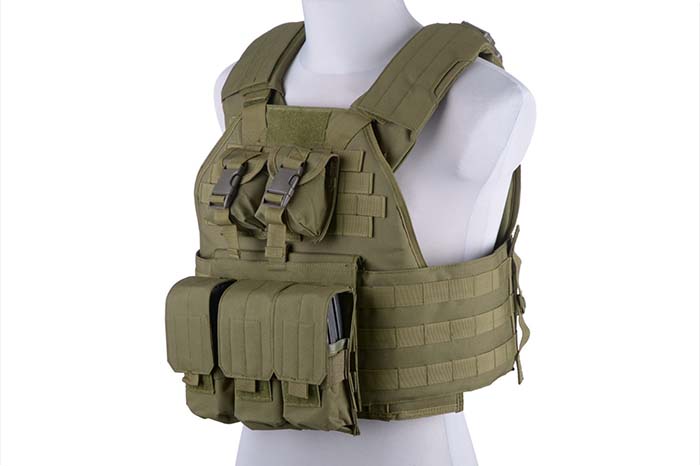 It is also worth mentioning the abbreviations used to describe tactical equipment. Thanks to this, when browsing the offer of your favourite airsoft store, we will not have to think long about deciphering the names of the products. So, we have a very popular PC - Plate Carrier, i.e., tactical vests adapted to carrying ballistic inserts and their theoretically lighter version, i.e., JPC - Jump Plate Carrier. Often the names of camouflages used in the production of uniforms and equipment are abbreviated. And so, the well-known and popular British DPM is Disruptive Pattern Material, MARPAT is Marine Pattern and UCP is Universal Camouflage Pattern, which guarantees visibility in all conditions.

Another large group of shortcuts comes to the airsoft world from video games. I have already touched on this topic in other articles, but I think it is worth mentioning here, especially for less experienced players. A lot of abbreviations describe the game mechanics. So, we will have DM - Deatchmatch, a game mode whose goal is for the teams to eliminate each other. There will also be the well-known and liked CTF - Capture the Flag, a game mode in which our task will be to capture the flag. Be it those located in the enemy base or those placed in the playing field. Sometimes we can meet RPG- Role Playing Game, where the emphasis is on playing a specific plot invented by the organizer instead of simply shooting at other players.

Other terms may be more general. So, we have K / D - Kill to Death, which is the ratio of hits on our account to the number of cases where we were eliminated ourselves. When someone comments GG - Good Game at an event page from the Sunday skirmish, it means that they are thanking others for having a good time. Sometimes, especially in the above-mentioned RPG-style games, we can meet NPC - Non-Playable Character. These will be people who do not actively participate in the game, but their task will be, for example, to indicate to the players the next goal of the game or to introduce the appropriate atmosphere of the game.

And other helpful ones 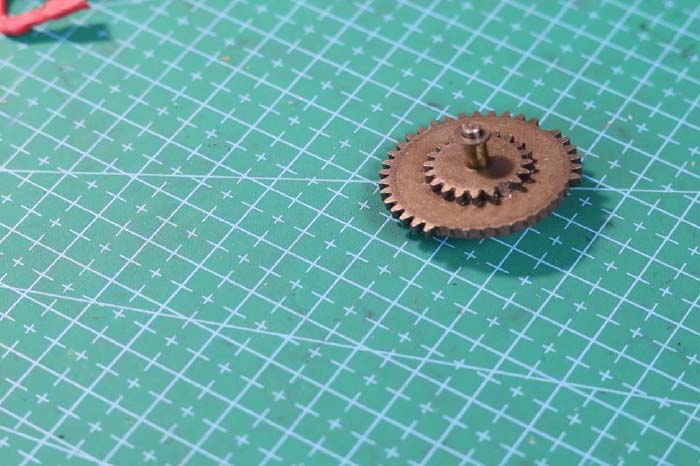 As we can see in airsoft, it is useful to know a few acronyms from the military or gaming world. However, our hobby also has a number of its own unique terms, which we usually write down and even pronounce using abbreviations. Probably the most popular abbreviation used in airsoft is FPS - Feet Per Second. It is a unit of speed which has long been the most popular method of determining the power of airsoft guns. Although recently I prefer to measure the power of replicas in Joules, I must admit that I grew up on FPS. Shortcuts often accompany us when buying batteries for our replicas. So, we have the traditional NIMH - Nickel Metal Hydrogen, which manufacturers often add to gun boxes. More advanced and much more efficient Li-Po - Lithium Polymer batteries that can be easily found in many different sizes. And Li-ion - Lithium-Ion cells, which are gaining popularity recently.

It is also worth mentioning a few acronyms that are used in the description of the airsoft gun service. An important, but probably rarely mentioned aspect of the replica's work is AOE - Angle of Engagement. That is the angle at which the piston gear begins to work by pulling the spring through the movement of the piston in our gearbox. We also have SSG - Single Sector Gear and a gear with one "sector", i.e., one that stretches the piston once with one turn. In turn, DSG - Dual Sector Gear is the one that stretches the spring twice with one full turn, which significantly increases the rate of fire.

I think that with such basic knowledge about abbreviations used in airsoft, it will be easier for you to understand the peculiar jargon used by other players. If, however, you have been interested in this hobby for a long time, let us know what shortcuts in your opinion should be included in this type of article. It is possible that I will prepare another text of this type.