We have already talked about our main devastation tool, so now it’s time to talk about the rest of our gear. Today, we’ll discuss the current commonly used types of tactical vests with their advantages and disadvantages during the usage on different fields. The huge market of available options gives the possibility to choose the right product for one’s needs, and the molle pals that is nowadays standard makes probably 75% of our gear dreams possible to fulfill. 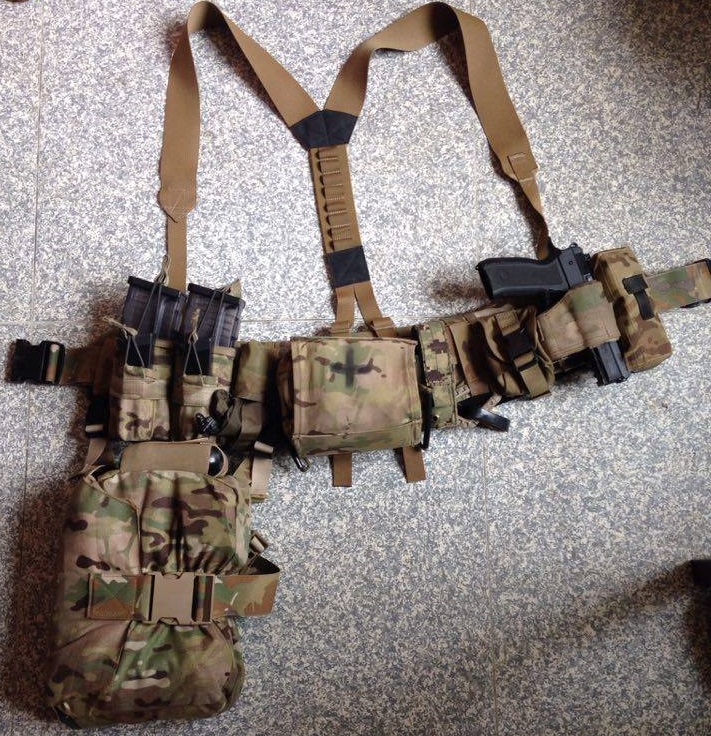 Probably the simplest, but also very appreciated by experienced players, way of carrying ammunition. The heart of the beltkit is, of course, the wide belt that is additionally held with the “X” or “H” harness, which allows to carry some nice weight in the ammunition and accessories. This kind of gear works best in the forest fields, because it doesn’t affect the shooters silhouette when laying on the ground. It is also very compatible with all kinds of backpacks. During the summer, everyone will appreciate the possibility of proper air circulation on their chest. For the more hardened warriors it can be also used as a supplement piece of gear for the plate carrier or chest rig, when the first one can be gratified in the milsim games.

+ light weight
+ works pretty well with the backpacks, also can be used as a supplement for chest rig or plate carrier
+ thanks to the pouches placed on the sides of shooter, it doesn’t affect the crawling.

- sometimes a small person can’t carry that much as he wants, because of the size of his body
- the pouches needs to be placed with some imagination, in order to keep everything well-balanced
- it’s not that useful in the MOUT games, because of the pouches placed on the sides of body, which can cause some problems in tight buildings. 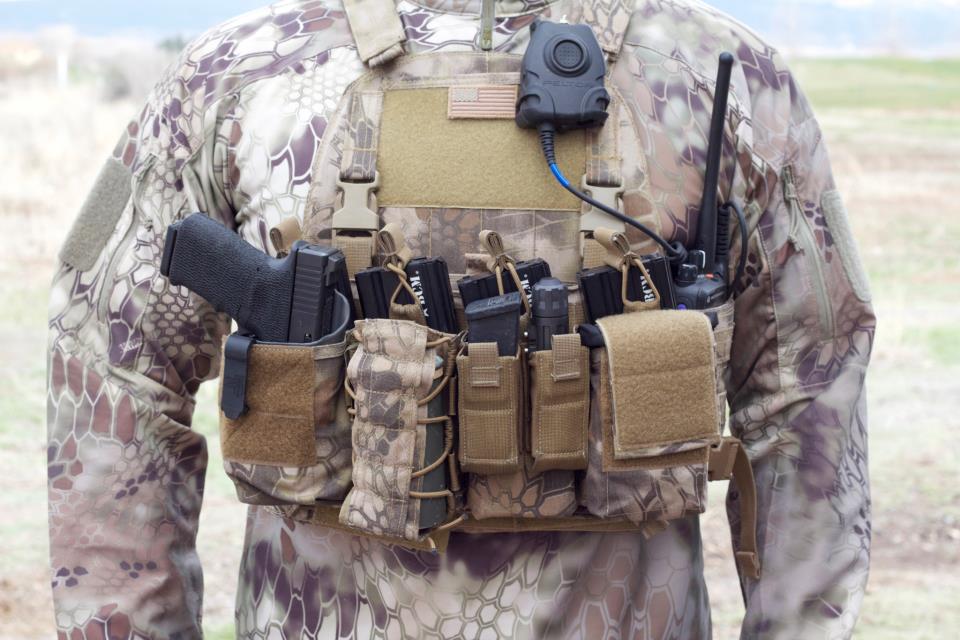 Great popularity of chest rig comes from the times of Vietnam war, where the Americans saw that type of gear during fight with the Vietcong. Currently the most common are both the modular platforms (the ones with the molle pals) and the constructions with pre-configurated pouches (like the immortal webbings chest rig or the chicom used in the Afghan or the fashionable DC3R).

This kind of gear is very popular on shooting ranges, because of carrying the ammunition and accessories right in the centre of the shooters chest, which is more comfortable for the quick reloads, than for example in the beltkit system. It is also still light weight, because of the absence of ballistic plates. However, if the ceramic plates (or their copies) are needed – no worries, you can put on some low-profile ballistic vest and put your chest rig on it. The chest rigs also perform great in the MOUT conditions, because in the opposite for the beltkits, there are no pouches standing of the sides of body. In more loaded platforms (with 2-3 or more lines of magazines), some problems with crawling can appear.

+ light weight
+ quite cheap for the possibilities
+ works well with the backpacks, plate carriers and beltkits
+ comfortably placed pouches
+ good air circulation (but not as great as in the beltkits)

- can cause some problems when crawling, or lying on the ground 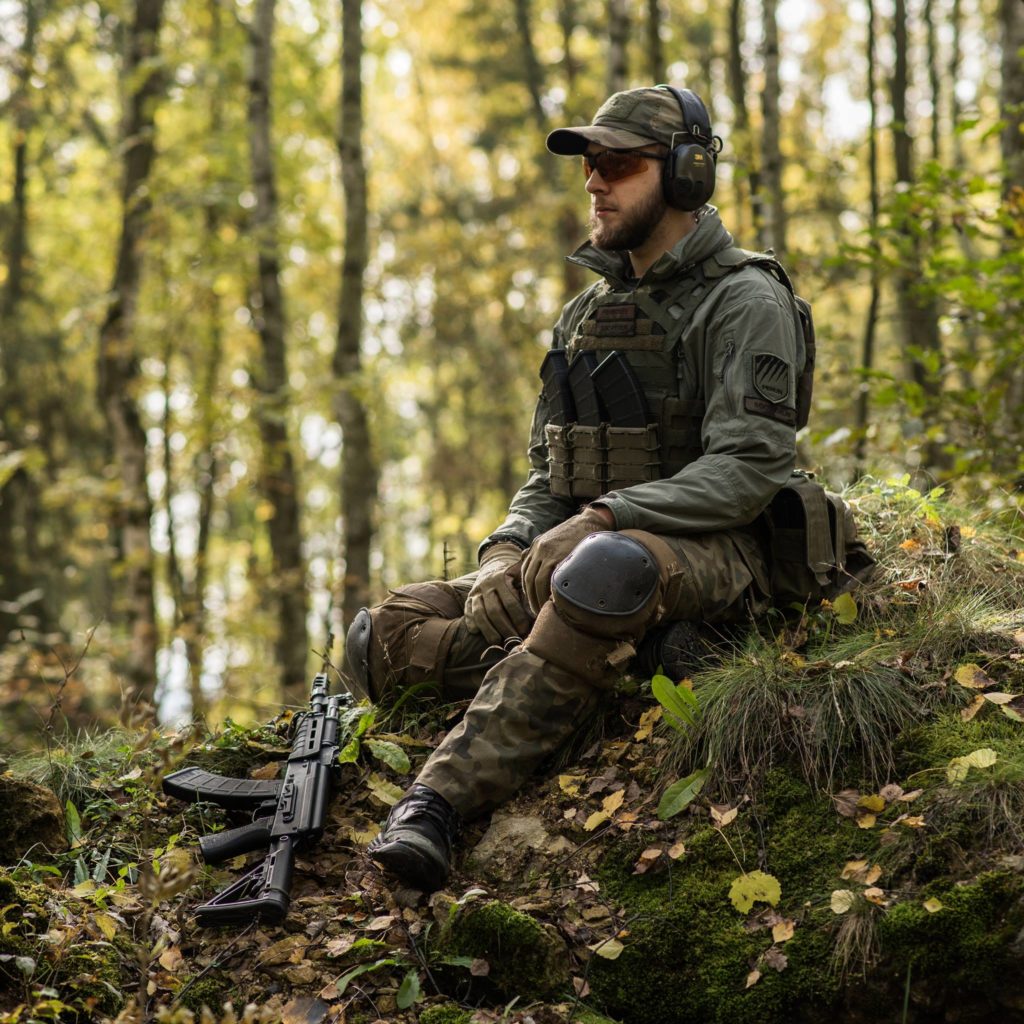 Plate carrier is the most swaggish and the least useful piece of gear in the airsoft world. As its name says, it’s made to carry the plates, ballistic plates that cover the most important vital organs (heart, lungs) from the enemy bullets. In the airsoft, well, it has only any use in the milsim games. Besides that, it also gives us more weight to carry. From the other side, airsoft is all about being the marine-commando-delta-seal-operator alike, so the plate carriers are the most popular piece of gear in our world.

The market of just this type of construction is huge – you can get anything you could want from the bulky CIRAS (which still has its fans), to the minimalistic platforms like the Jumpable Plate Carriers, which are the biggest trend nowadays. In green tactics gameplay the plate carriers tend to make life a little harder – it’s not that comfortable to keep a low stance during the recon, crawling is also hardened. Although, this constructions performs great in the urban combat, where it guarantees the additional protection and the center-placed magazine pouches, which is important in the tight CQB combat corridors.

- even the lightest models decrease the air circulation
- makes the low posture a little unfomforable
- they are projected to carry plates, not the ammo, so the capacity is not that impressive
- some models don’t work that great with the backpacks 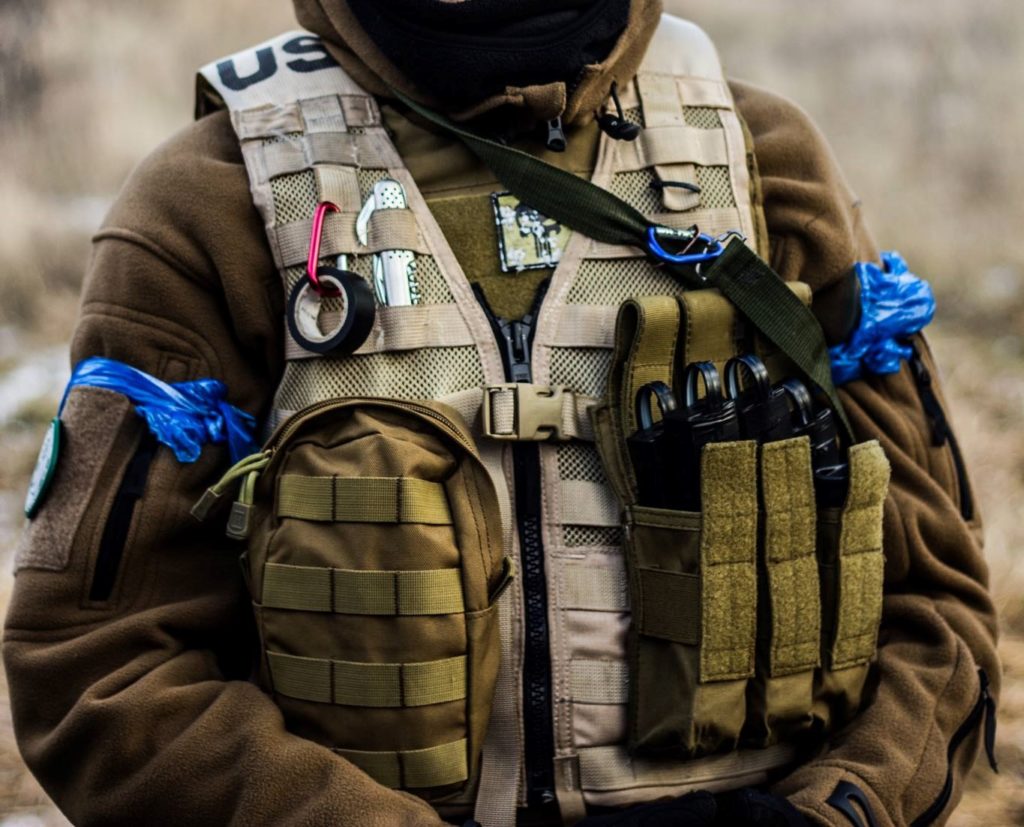 Not as popular as the other constructions (at least in my community). It’s based mainly on the mesh with molle pals, which gives in summary an incredible good air circulation. This solution is light weight, doesn’t kill you with heat during the summer and gives ability to locate your pouches almost on the whole surface on your chest, beside the center of it, because of the zippers or fastexes. Maybe they are not fashionable anymore, but they are incredible cheap. The military issue FLC or the Dutch mesh vest are dirt cheap and made from very lasting materials.

- the zippers are placed right in the center of vest, which takes away the ability to place ammo pouches there

As usual, there is no ideal solution. This text gives you only the basic knowledge that will make the choice easier, but you need to make it by yourself, considering your personal needs and inclinations, the type of field you play on. What I can say more is that it is worth to ask your airsoft buddies to try on a few constructions and play with it. Your own experience in summary with the proper knowledge will be enough to choice the right piece of gear, or few pieces – if you want to have a couple of kits for different type of airsoft operations ;)