Some of the most irritating elements of the airsoft gear are the factory issues such as wobbling parts or lack of compatibility of the parts from different producers. One may say, that's the spirit of the hobby and likes to spend some time in front of a workbench. Some other people simply don't give a damn. Thus the circle goes around again when you buy new accessories!

You can spend a lot of money to get a perfect set of airsoft parts, but the easier and cheaper way is to fix some fitting issues by yourself. In this article, I'll show you the most common problems with airsoft replicas and easy ways to fix them and no "omg just buy the first-class replica" doesn't always solve the problem.

Practically every M4 stock you could ever get in your hands will be more or less loose. Some of them are just loose enough to collapse smoothly, and some can work like maracas, which can be even frustrating when holding the replica. 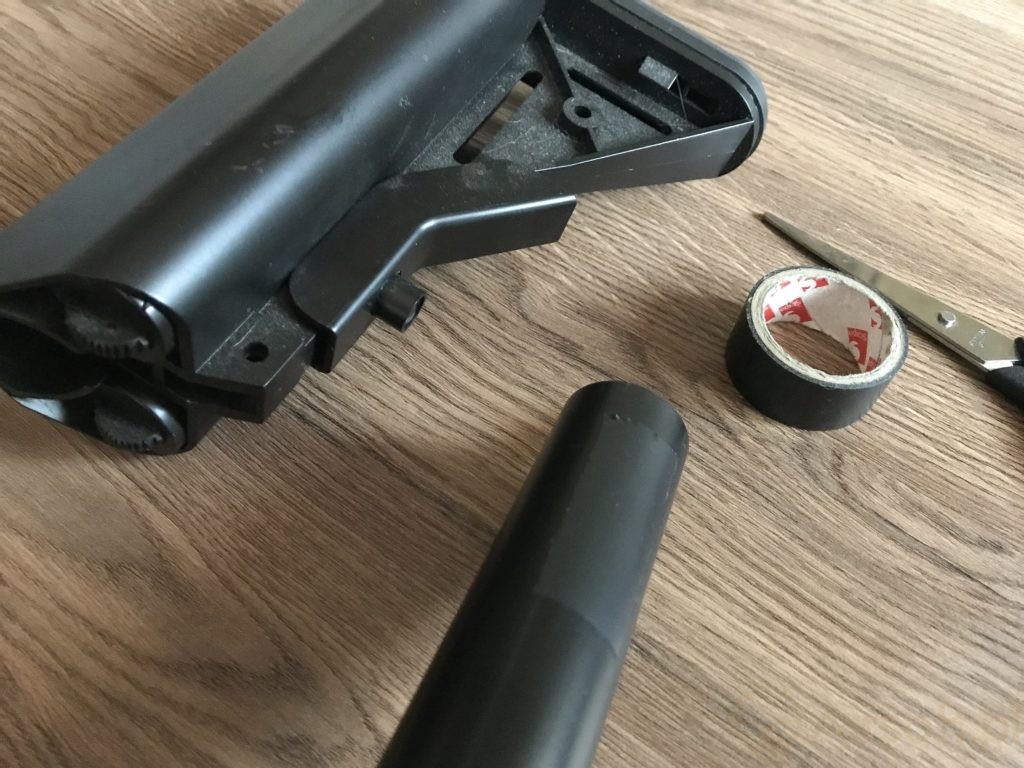 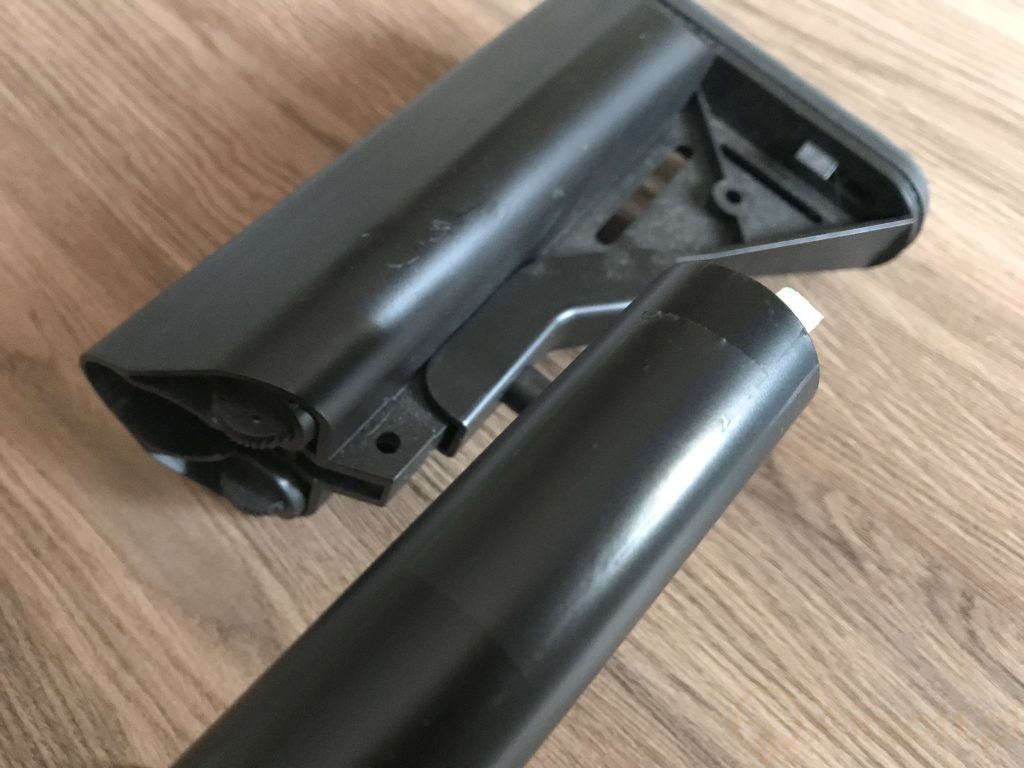 The solution is simple and takes about 2 minutes. You need a sharp tool and electric tape. Place one or two layers of the buffer tube, depending on the demanded effect. Voila!

Another common issue with the M4 replicas. If you don't have any wobbles between these two parts of your brand new M4, don't worry... It will come after a while of using it with heavy accessories. Fortunately, it's also easy to fix with the electric tape. 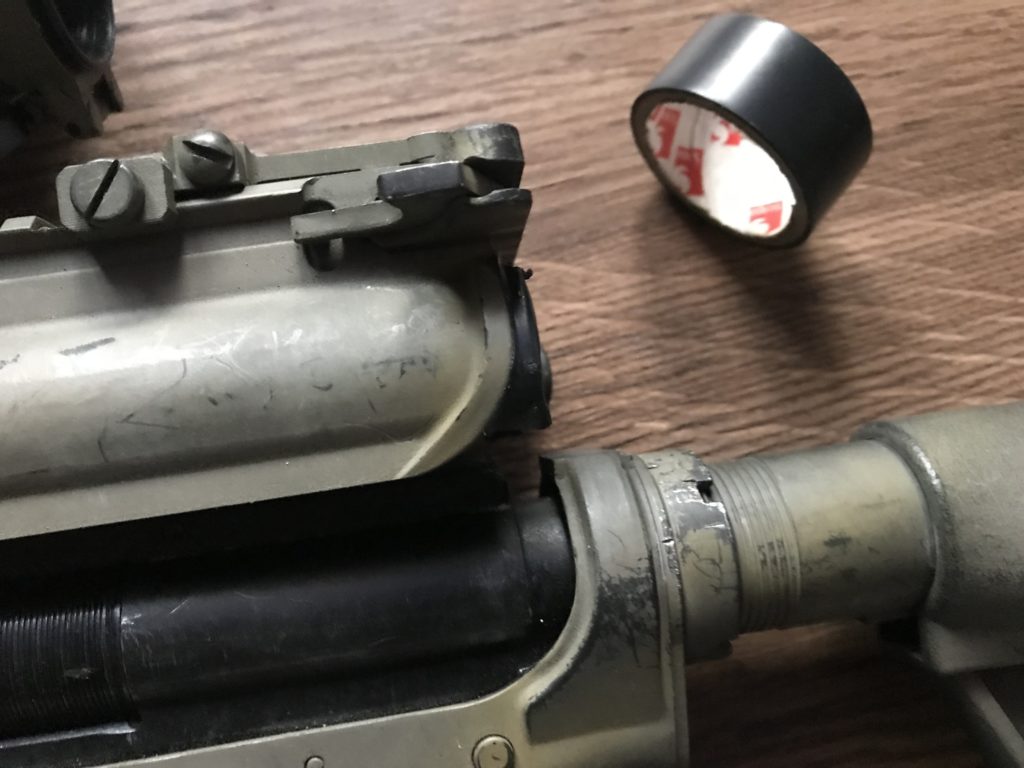 Apply the tape on the "ears" of the upper receiver, and that's it. The minus of this solution is the fact, that after a few disassemblies of the gun the tape will start to tear apart. But here comes the second, but more permanent way to fix this - with the paintbrush put a thin layer of epoxide glue on the "ears", just as much as needed to make it a bit thicker. Remember to not assembly the gun earlier than 24 hours after this, or you'll be in very big trouble. A rule of thumb is to also degrease the parts and use sandpaper on them, before applying the glue.

Not all RIS systems in different replicas and accessories have the same width. That leads to problems with compatibility, especially in the QD mounts which use levers, and not tightening screws. But it's not the end of the world. 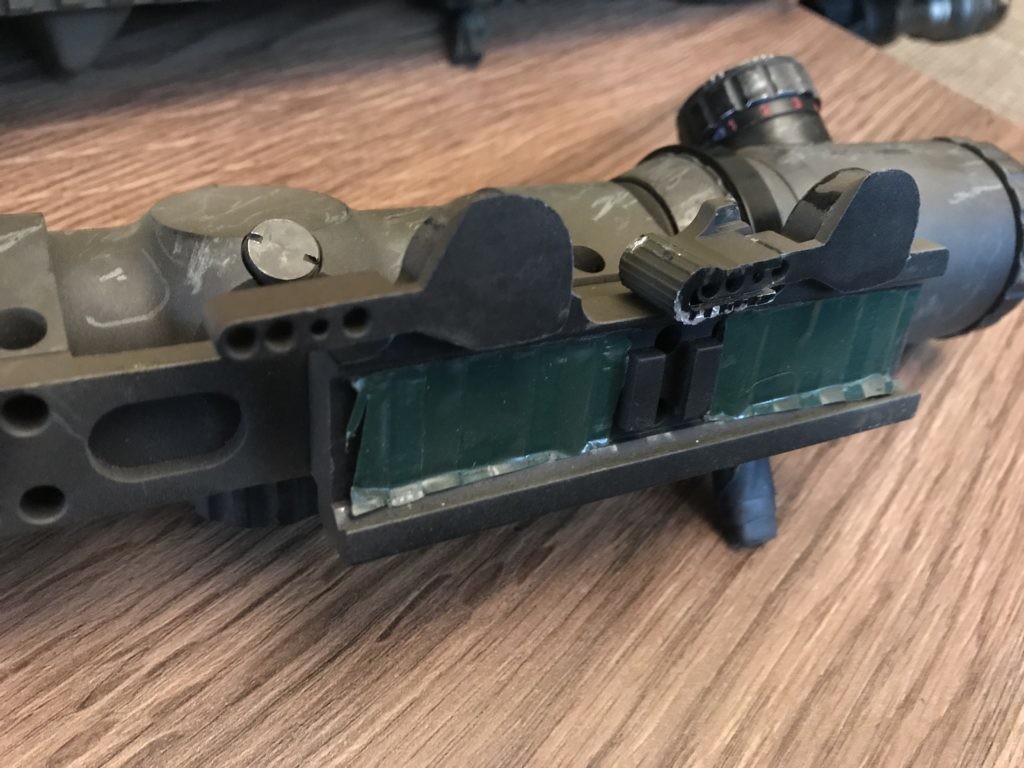 Just get some polyurethane expanding foam sealing tape and apply it on the mount. Do not remove the sealing, because there is no need to. The trick is that the foam will take care of any free space between the mount and rails. 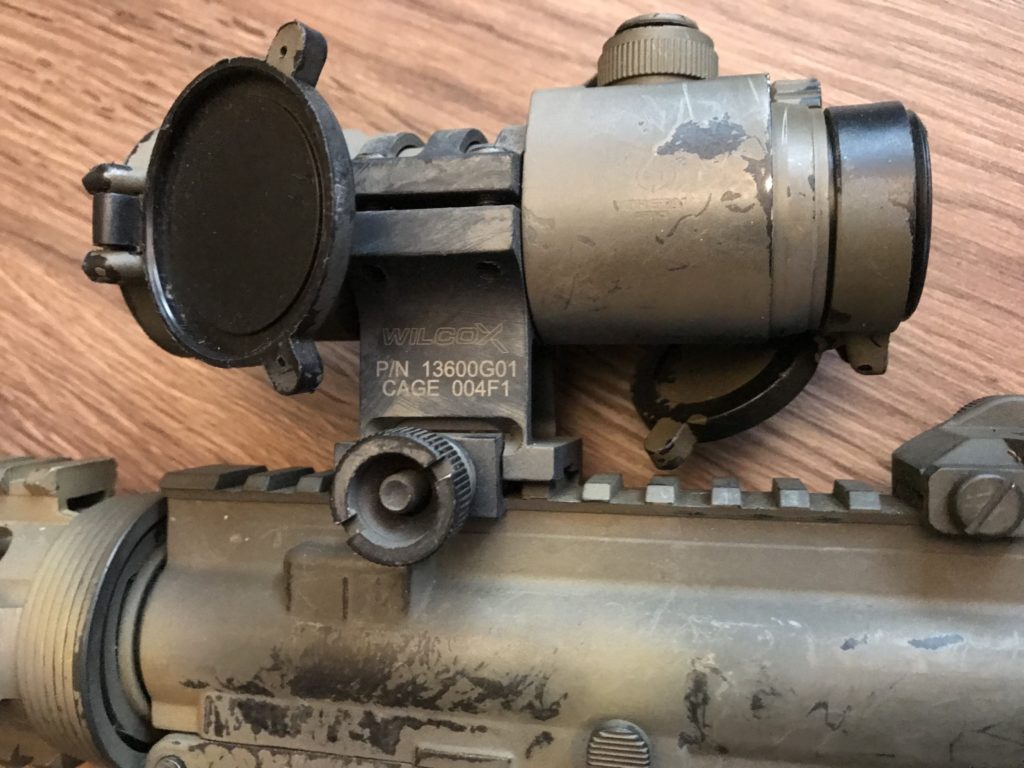 If the wobbling is only horizontal, a single shim between the mount base and nut should do the job. If the problem is also in the vertical position, the QD trick from above will fix this. 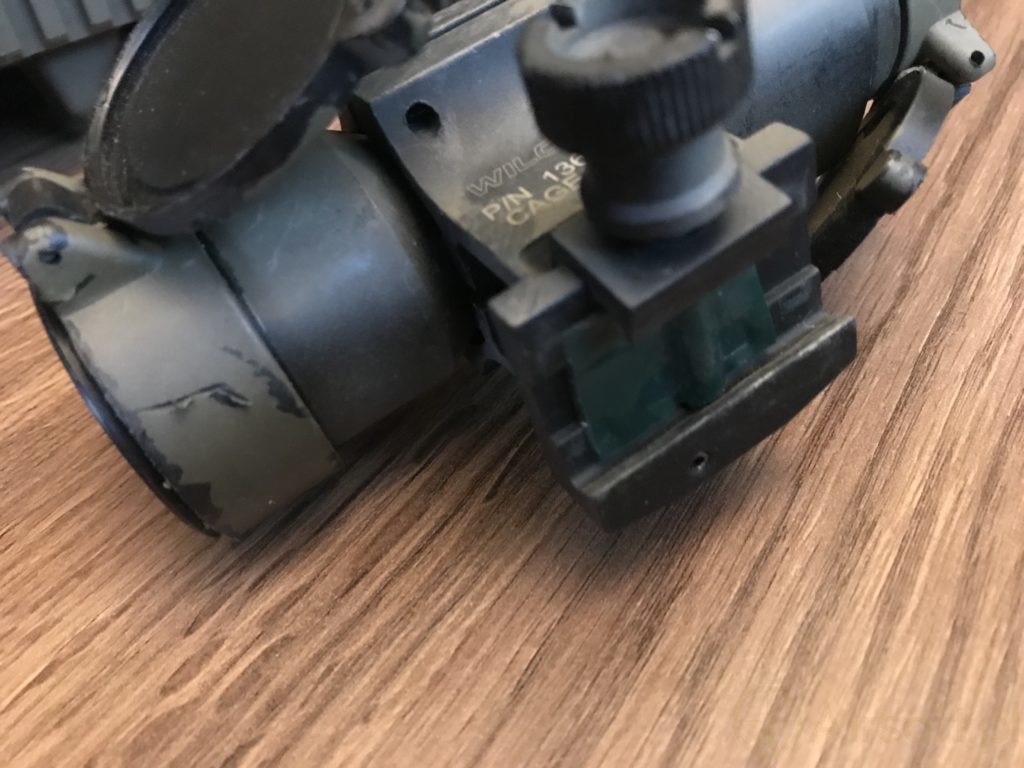 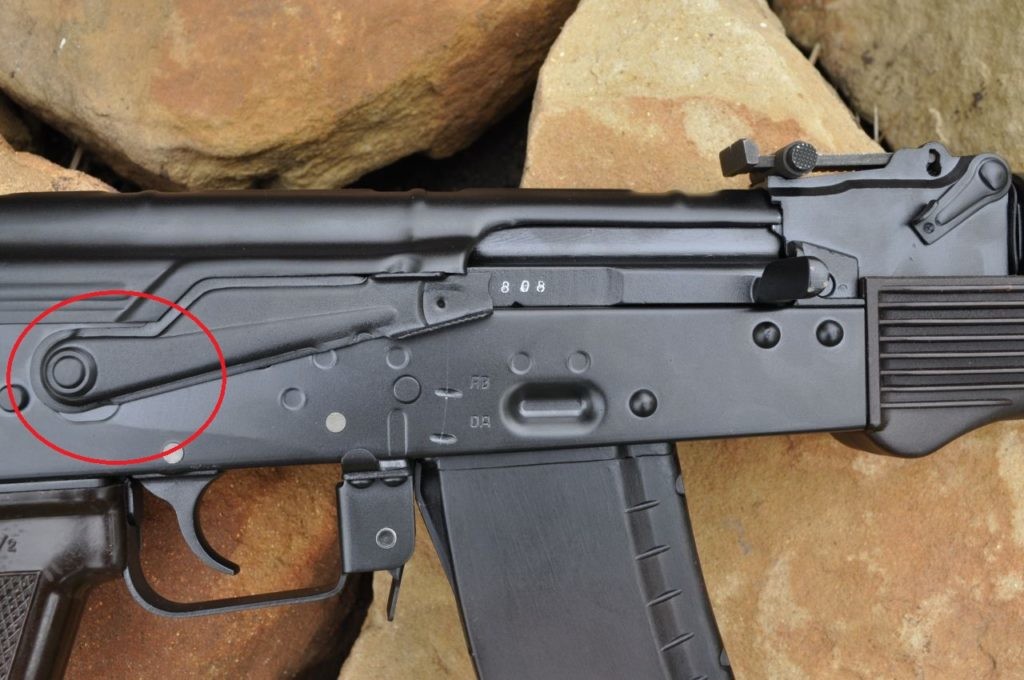 This issue is also fixable with a single shim. If it still loosens with time (probably because of the gearbox vibrations), try using the Locktite glue or nail polish. 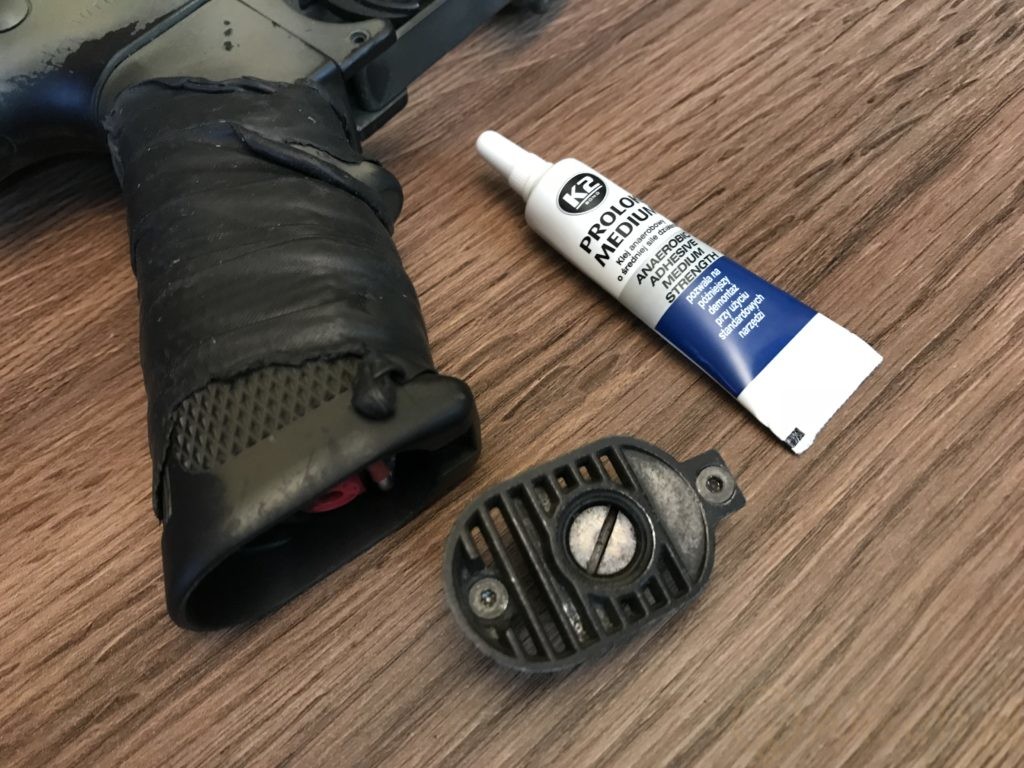 This is another example of the use of Locktite glue. Due to the high vibrations of the AEG motor, many motor plate screws have a tendency to become loose with time. A medium strength thread glue should secure them. 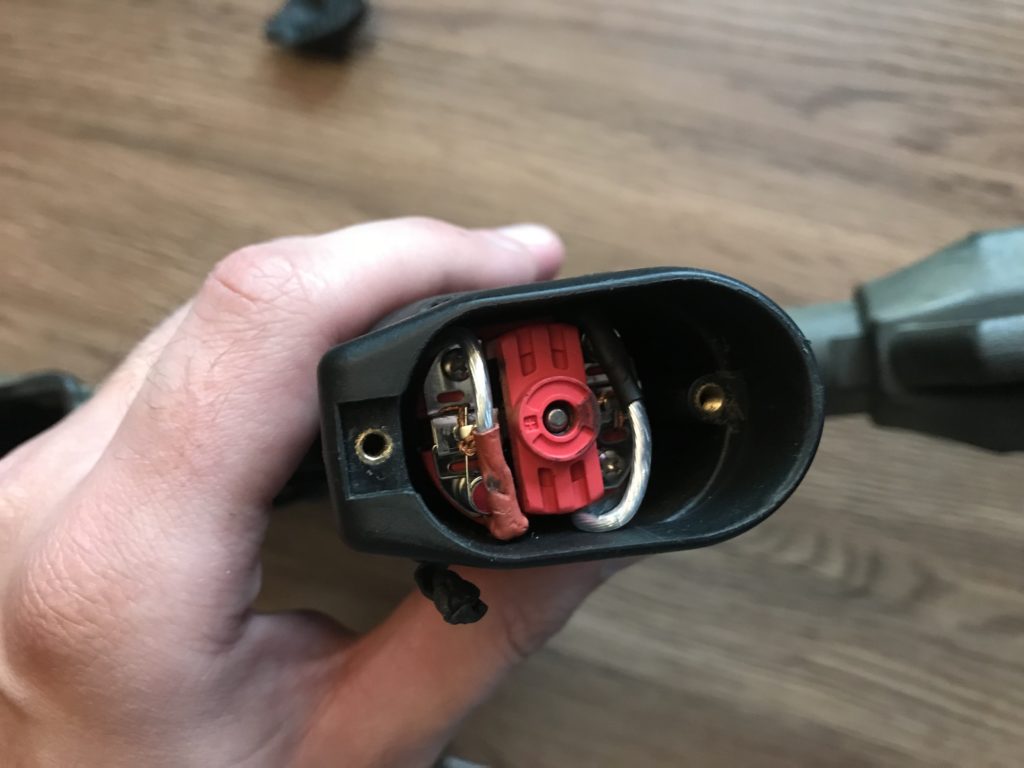 In replicas that don't have the motor cage, loose connectors can sometimes fall off. The effect is quite noticeable - AEG won't fire. Solution? Press the connectors to the motor with pliers and bend them a little to make everything tighter.

Loose hop up regulation in old-gen hop up chamber 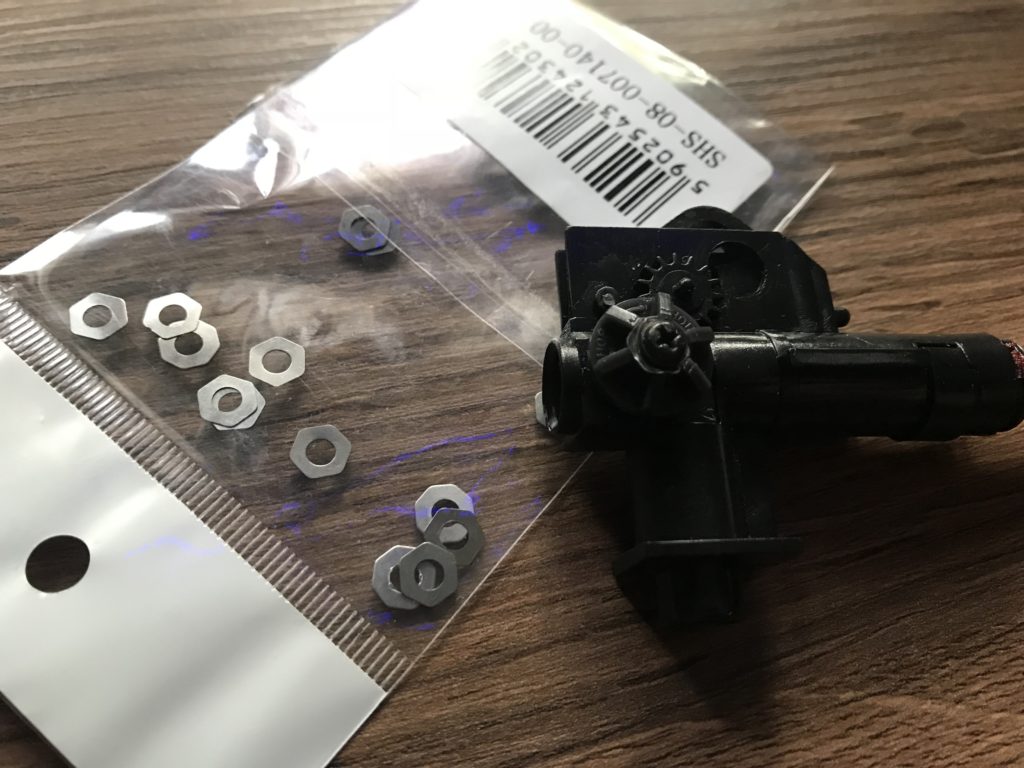 In some of the M4 hop-up chambers, the regulation wheel is too loose and changes its position from the vibrations of the replica. To make sure that doesn't happen, put a shim between the wheel and screw and tighten it up. 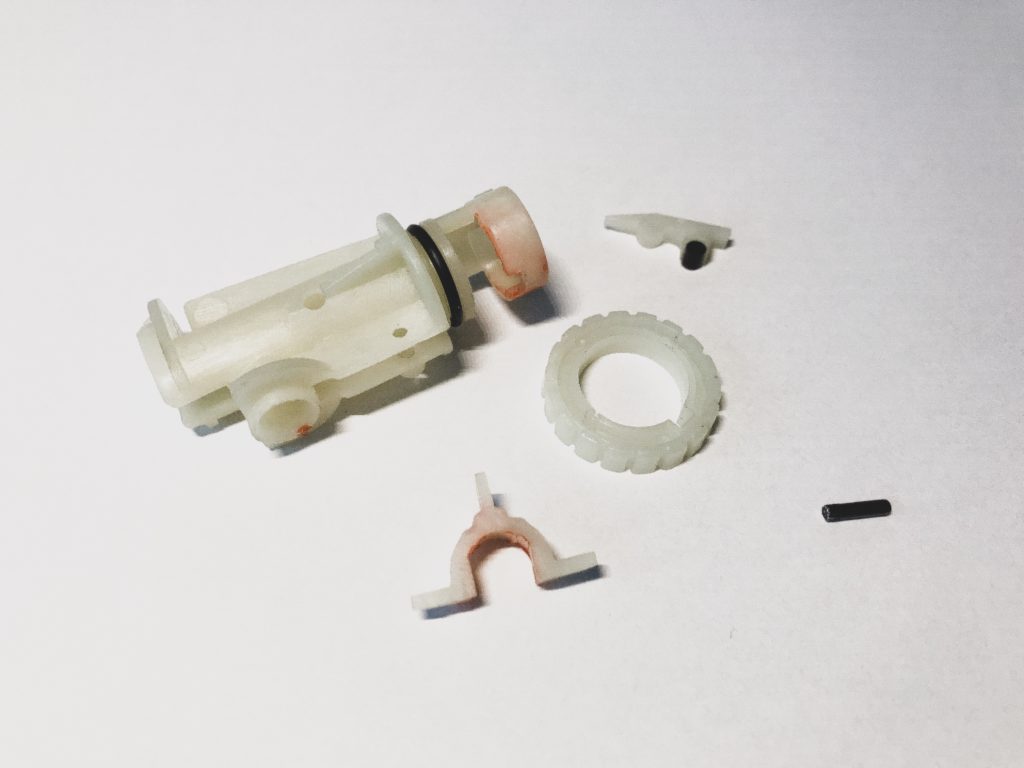 The rotary hop-up chambers are very simple in the disassembly and pretty comfortable to use. It is also often said that they're more precise than the traditional 3 wheels hop up chambers. However, sometimes the regulation wheel can be too lose and there are no screws to tighten it up. The only solution is to replace the o-ring with a bigger or thicker one. You can also put some thick grease to make the rotation harder.

I hope this article was helpful for anyone who has a problem with the loose or wobbling parts in their airsoft guns. Just accept it, sometimes you have to do some fitting by yourself ;).