Airsoft is one of the fastest growing combat sports in the UK. Thus, airsoft infrastructure is being built and developed in many English cities, thanks to which we have easy access to all things airsoft. This is necessary because there is no airsoft without equipment and battlefields. Today we will take a look at what the scene looks like in Birmingham and its closest, as well as further, surroundings.

Fans of airsoft shooters from Birmingham certainly cannot complain about the lack of facilities to pursue their passion. They can spend their free time happily shooting away at each other, as there are several playing fields available - most of them located on the outskirts of the city. More places for shooters can also be found around Nottingham and Leicester. Birmingham is also close to other regions of the United Kingdom, where we can practice airsoft - one of them is Wales; it's a great idea for a weekend getaway. 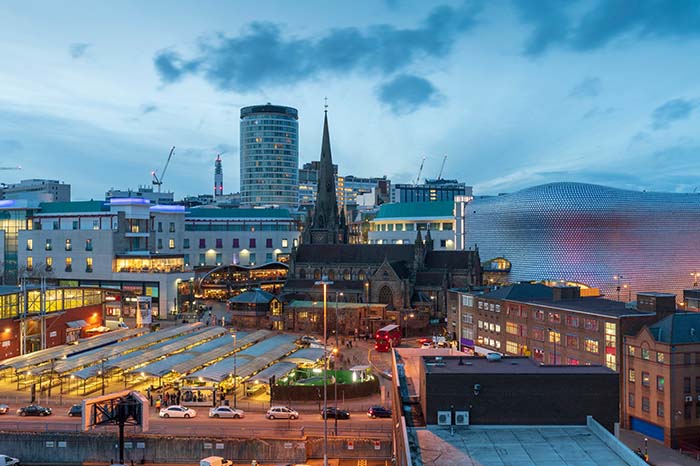 Airsoft UK - where to shoot in Birmingham?

You will find several places in the vicinity of Birmingham where it’s possible to play airsoft. It can be a shooting range, where we can practice the precision of our shots in controlled conditions, or an entire battlefield where various types of shooters are organized. Experienced enthusiasts of airsoft and other shooting sports provide such services - such as NPF Basetts Pole Airsoft or the Fireball Squadron Airsoft Club located right next to it. In the south of the city you will find The Grange and Stormforce Airsoft in the north.

These are just a few examples - shooters are also organized in many other places, so we can count on varied game scenarios. We can choose both skirmishes organized in forested areas and CQB games. Of course, participation in this type of event is not free of charge, and the costs depends on the organizer and the game option we choose. 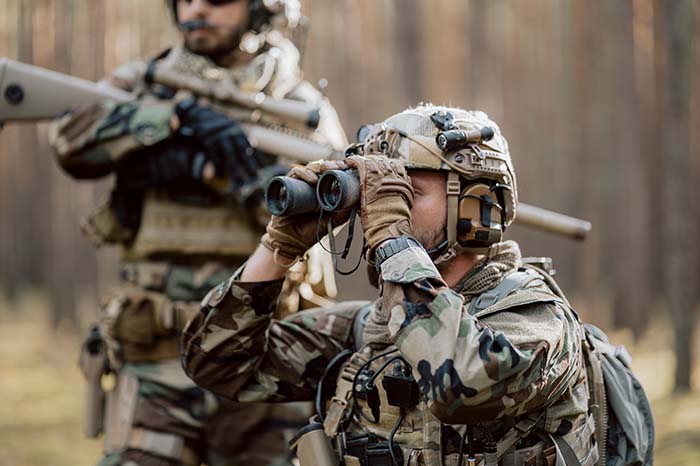 How to prepare for an airsoft game?

Airsoft is a sport that requires appropriate equipment, and the very basic set consists of an airsoft gun, airsoft BBs and protective goggles. Such equipment is offered by specialized airsoft stores, e.g. Gunfire.com, where you can buy all the gear and accessories, in one place. Very often they can also be rented from the organizers of the shooter. In this case, there’s usually one or a maximum of two models of airsoft guns to choose from. These are mainly the most popular types of airsoft gun, such as an airsoft rifle or a submachine gun. This is a very good option for beginners, because they don't have to buy all the equipment right away.

More advanced players will certainly prefer their own equipment, as the type of airsoft gun is of great importance during battle. We can be most effective with the model that we use most often and if it is an airsoft shotgun or an airsoft revolver, then it is worth having your gun with you, because you will probably not be able to lease specific equipment. First, be sure to check which airsoft guns are allowed by the regulations of a given shooter. Limitations in power are commonly used, and it also happens that whole categories of airsoft are excluded, e.g. airsoft grenade launchers. 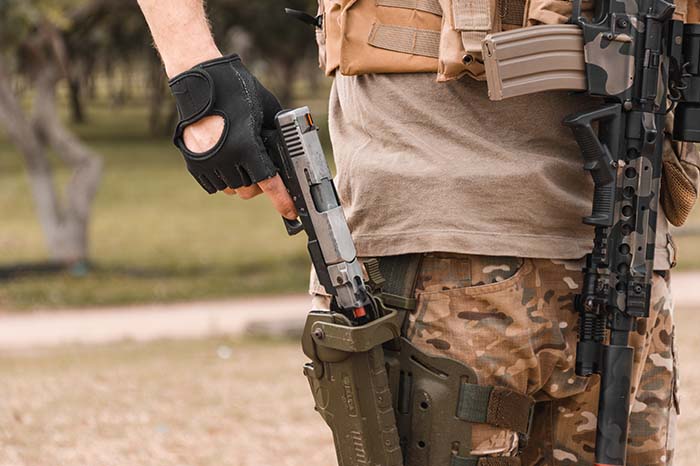 What else is worth keeping in mind?

There is such a large selection of airsoft shooter organizers in the vicinity of Birmingham that it is worth getting acquainted with their offer - and what they offer for a given fee. The rented equipment may often also include additional accessories, such as tactical gloves, a vest or an airsoft helmet. We also have to get a lot of gear on our own - we will certainly need tactical trousers or a camouflage military jacket. Finally, we also need to remember about the correct transport of the airsoft gun so that it does not stand out - we will need a gun bag for this.