For outsiders, any game utilizing BB guns looks the same. Only people who play paintball or take part in airsoft skirmishes know how much the two are different. Starting from weapons and ammunition, through game scenarios, to the rules set by players - they are two different worlds. They usually attract different types of players, although there are certainly people who find both games equally interesting. Let's see what is the difference between airsoft and paintball and how to prepare for these two disciplines. 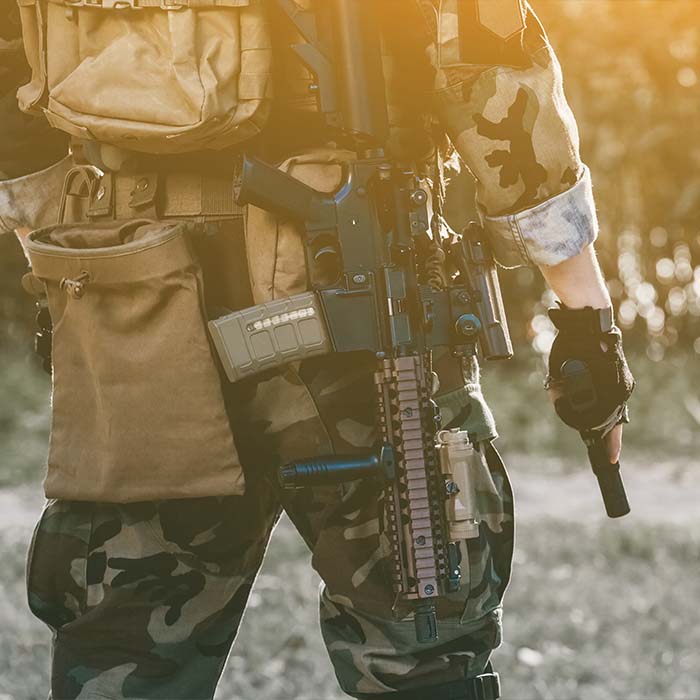 How is paintball different from ASG?

At the very beginning, we must make it clear that this text is not intended to tell you which game is better. We only want to explain to you the objective differences that exist between them. Certainly, both games are intended for fans of adrenaline and active leisure - but they differ, for example, in the weapons used.

The equipment used in both sports is fundamentally different. ASG places great emphasis on reproducing the existing models of firearms and create airsoft guns that might be used not only in airsoft skirmishes, but also historical reenactments. The rage of choices includes ASG pistols, BB airsoft rifles, ASG assault rifles or even ASG grenade launchers. They use plastic ammunition, although biodegradable BBs are becoming more and more popular recently. 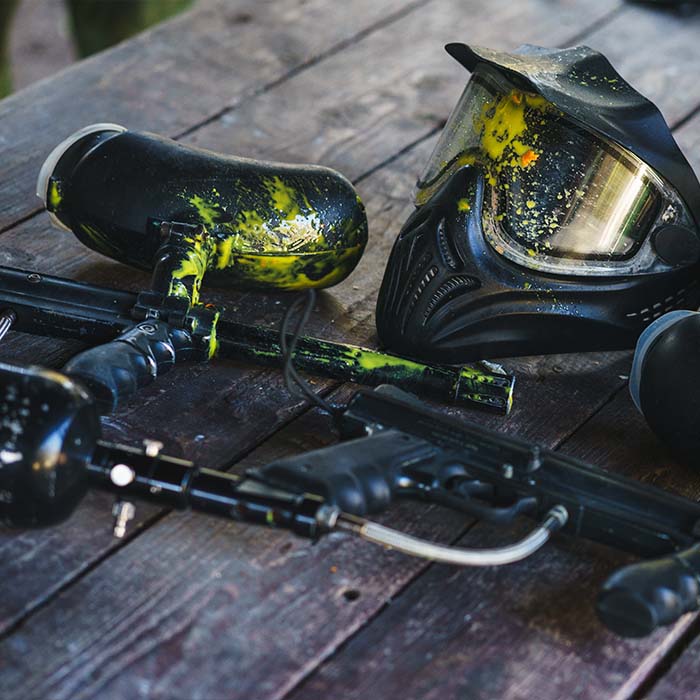 On the other hand, paintball BBs are filled with paint, which makes it very easy to tell if someone has been hit. Their production is more complicated, so they are also more expensive, and hurt more upon impact. Paintball uses weapons that are simply effective. The looks of the weapons are not really essential.

Rules for both games

Paintball and airsoft are also played on different types of arenas. The playing fields involve various differences - e.g., in paintball they are additionally adapted to the games. For example - more obstacles are placed in the skirmish area. The arena for airsoft games can be more natural - it is usually an abandoned hall, factory or forest area. It is not necessary to modify the battleground, because the nature of both games is different.

Paintball is all about defeating your opponent in the game as quickly as possible. Thus, the action is very fast-paced and the game itself can be very short. You have to shoot to hit players from the opposite team as quickly as possible. No skills are needed to get into the game. Paintball is a very popular entertainment during stag parties or integration meetings organized for employees by companies. Very often it is attended by people who do not have any knowledge of weapons and shooting. 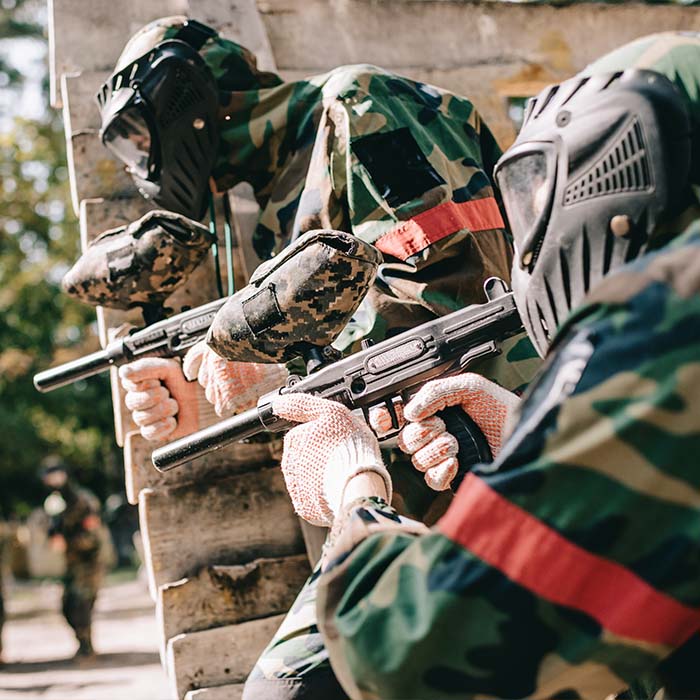 Airsoft is a sport involving various, different types of scenarios. You also have to defeat the opponent, but this may be accompanied by additional tasks. Strategy is important, and each player can have a specific role, which also results from his specific skills, e.g. a person with the greatest shooting skills will probably be given the role of a sniper.

Airsoft guns are also much more varied. Each competitor can choose airsoft guns that suit them best. Another essential difference is the fact that there is no paint in the airsoft BBs, so players are not able to determine with 100% certainty whether the opponent was actually hit. Honestly admitting that you've been hit is of essence here. Airsoft usually attracts weapon and military enthusiasts. They form well-coordinated teams and regularly partake in airsoft skirmishes. 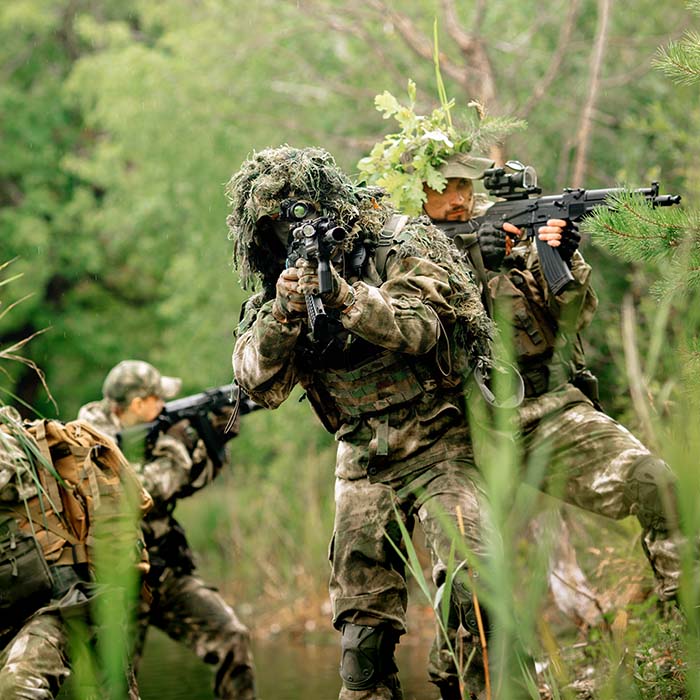 Who is paintball for? Who is airsoft for?

Paintball can be a great source of varied physical activity or entertainment that does not take up much free time. If you want to enjoy and adrenaline rush from time to time and experience a little competition, prove yourself on the battlefield, experience the taste of victory or, of course, defeat, this is the game for you. Airsoft is a more engaging hobby. The airsoft equipment itself is very important, as it is supposed to reproduce the real firearms in the best possible way.

An airsoft gun is not only a gadget and a game tool, but the essence of the entire sport. Each player on a team has a specific role and brings specific skills to the table. ASG is a sport for enthusiasts of weapons and replicas who want to use them in strategic combat. 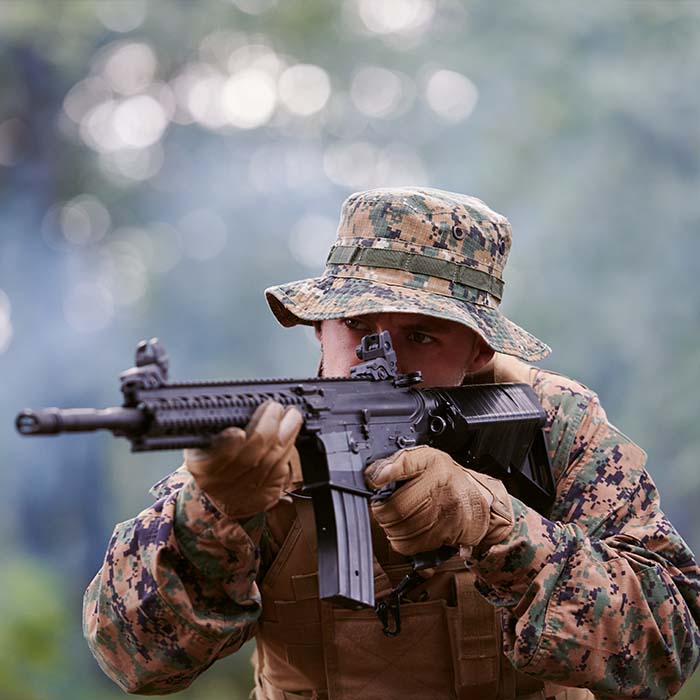