Airsoft Guns - round one!

Do you remember the plastic guns that you used to run with it outdoors? We do! For many of us, that era of plastic guns was the beginning of ASG. However, now it is only a distant memory. Currently, airsoft replicas are professionally made products close to their flammable counterparts. Therefore, comparing them with toy guns or children's pistols on bb's, you have the same as comparing the first folding bike with the roadster. It brings nice memories, but we would not race on it. Airsoft has come a long way in development. Currently, it is a fully formed market with a wide range of ASG replicas and accessories. I invite you to read the article, which will introduce you to the basics of Airsoft replicas. 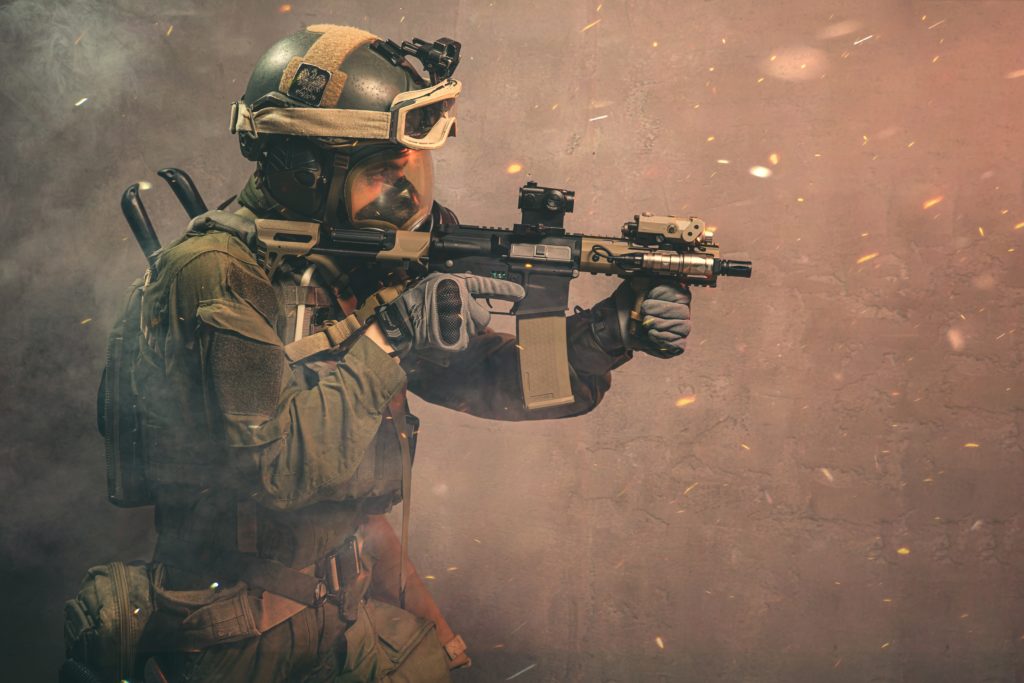 Airsoft guns are reliable replicas of firearms used for airsoft games, training, military and military simulations, which by their appearance, dimensions and weight perfectly imitate real rifles and pistols. ASG replicas shoot 6 mm or 8 mm BBs using compressed air or gas. To best reproduce the real steel, they are often made of similar materials as their flammable counterparts - metal, steel, plastics, aluminum, wood. Realism in the use of airsoft replicas is added by various types of systems, such as blowback. This system is characteristic of airsoft gas powered replicas, but there are also electric models equipped with this type of solution. Due to the type of power supply and the way of driving the replicas are divided into three basic types: 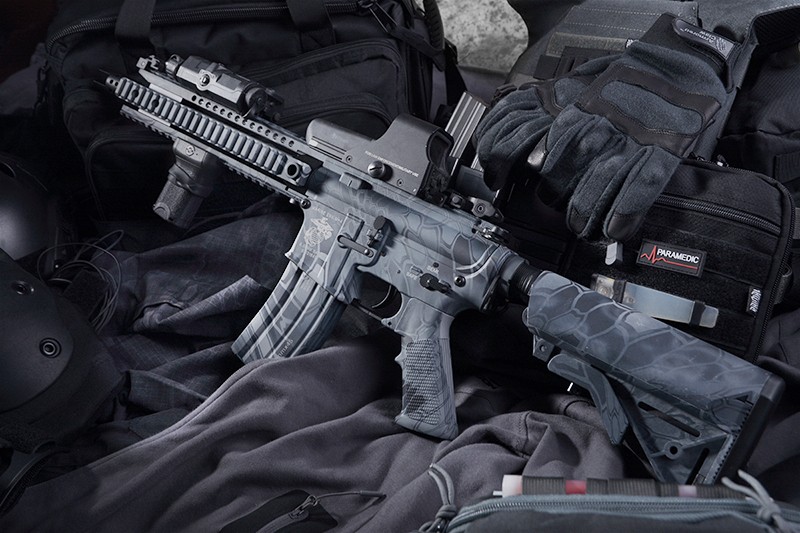 Electric replicas use a mechanism called the Gearbox to shoot the bb's. The gearbox has such elements as a piston, cylinder or gears, the whole is driven by a motor and a connected battery. AEG replicas can keep continuous fire, i.e. series firing, and are characterized by high rate of fire. Electric replicas are the most popular type of airsoft guns found on the market. Due to its versatility, this type of replicas is often recommended for beginners.

Spring powered replicas have no electrical mechanisms or motor, the user must manually pull the spring before each shot. Therefore, the airsoft spring powered guns can fire with a single fire, this system is particularly popular in replicas of sniper rifles and cheaper pistols. The undoubted advantage of this type of models is the low cost of use, we do not have to buy gas cartridges and the fact that they operate in various weather conditions. 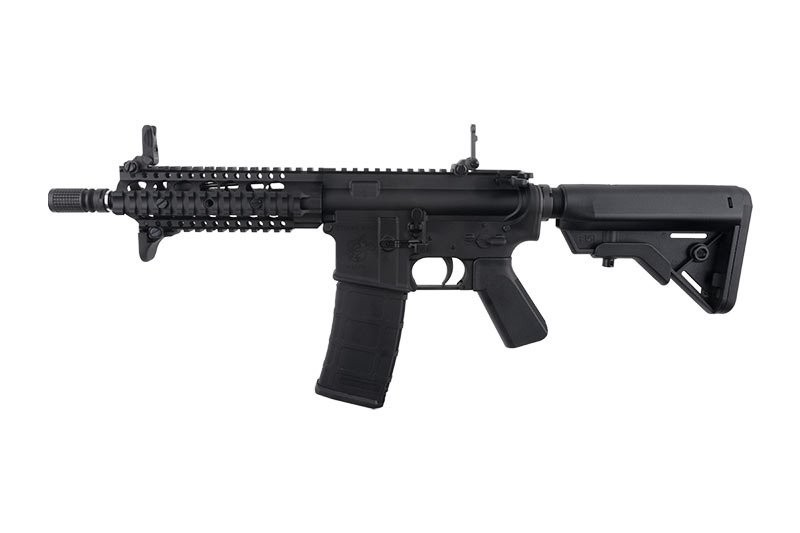 Gas replicas are the third best-known type of ASG replicas. This type of airsoft guns can be powered by green gas or CO2, there are also HPA - High Pressure Air replicas, powered by compressed air. Gas powered replicas are the most realistic in action and reproduction of a real weapon. They have the option of firing single or continuous fire, many gas replicas have a blowback system that imitates the movement of the sling with each shot, and causes recoil - just like in real rifles and pistols. 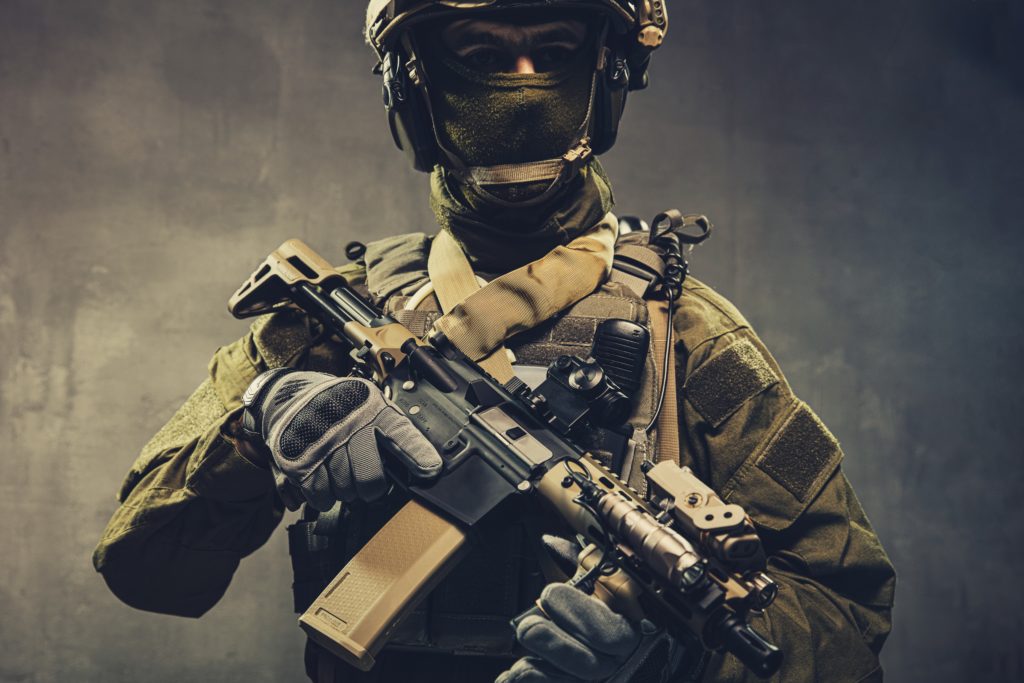 As with other sports or hobbies, the equipment we use should be tailored to the user's needs. This also applies to airsoft replicas. When choosing the first replica for airsoft one of the main factors will be the cost. If we are interested in airsoft in a longer perspective, it is worth investing a little more at the beginning. Another aspect is the role we intend to play in our team or the type of games we want to participate in. Airsoft replicas of AR-15 rifles are one of the most popular on the market and for good reason. These are universal products that will prove themselves both in dynamic action in the field and when firing at the enemy from a distance. The next important aspect that we should pay attention to when buying an airsoft gun is the type of power supply. It is also worth considering the possibility of a replica's compatibility with airsoft accessories available on the market.

I hope that my article gave you at least a little taste of the topic of Airsoft replicas. I wish you a successful adventure with Airsoft!