ASG is a unique team game, based on the use of various models of airsoft guns. They are very similar in appearance to actual models of firearms, but they use mechanisms typical for airsoft products, such as the Blow Back system or the quick spring replacement system. Here it should be clarified that airsoft is quite similar to paintball, but also different from it. An example? The type of ammunition used. The Air Soft Gun uses BB’s, while paintball markers - cartridges filled with paint. This is a fundamental difference, but not the only one. What else is characteristic of ASG?

First, let's explain what ASG stands for. It is the abbreviation used for Air Soft Guns, used in practice during pre-arranged games. Teams of players sign up for those, to fight each other according to specific rules. Each team prepares its tactical plan, which takes into account many factors, such as the particulars of a given airsoft arena. The skirmishes take place on various battlegrounds: in walled-off space of a closed factory or in an open space, e.g. in the forest. The specific rules of the game may change depending on the organizer of the given event, but the main assumptions are usually the same. Only airsoft guns and dedicated BBs are allowed and it’s usually necessary to use eye protection. 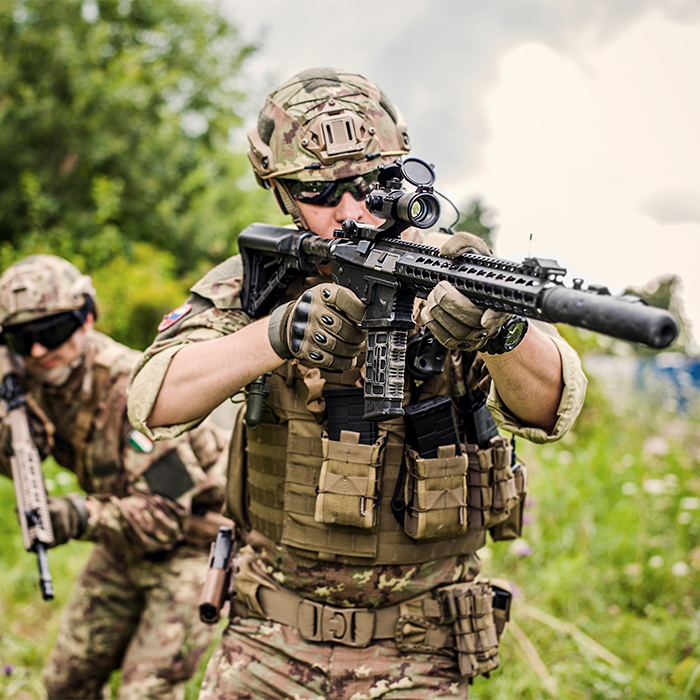 During Air Soft Gun skirmishes, the most important thing is to hit the opponent who, after being hit by a BB, has to leave the field for a given period of time. The whole thing looks more realistic than in paintball. In airsoft, you don't have to cover your entire face with a mask, because the balls are smaller and therefore less probable to cause serious injuries. Airsoft BBs don’t leave marks, as they do not contain paint, and the participants try to reproduce in their tactical assumptions real military actions or operations of uniformed forces. Therefore, ASG also utilizes many elements of tactical gear, used by the military. The main requirement is, of course, the airsoft gun, available in a wide variety of types and models.

Airsoft guns include all 1:1 scale replicas of actual firearms, using plastic BBs as ammunition - usually with a diameter of 6 mm. Available on the market are airsoft guns in the category of: pistols, machine guns, assault rifles, revolvers and shotguns, or sniper rifles. Each airsoft gun has its own parameters, dictating its performance and purpose. Some models of airsoft guns are characterized by, for example, a lower muzzle velocity, making them perfect for indoor, closed arenas. The BB is propelled at a lower speed, which affects its range and force of impact. If, on the other hand, you want to take part in skirmishes in the open field, the muzzle velocity and the related performance specs should be correspondingly higher. 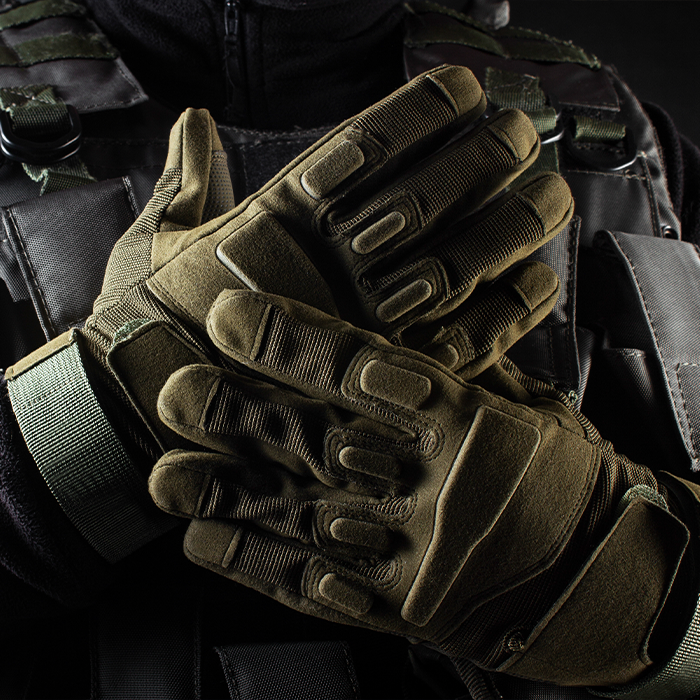 Seeing as airsoft guns use compressed air or gas, they belong to the category of pneumatic weapons, for which you don’t need a permit. They can be made of plastic, metal, steel, aluminum, or various combinations of these materials. Airsoft guns are divided into three main categories, related to the type of power supply:

These airsoft guns use a combination of a cylinder and a spring that powers the piston. The piston compresses the air, making it possible to launch the BB. Spring airsoft guns are usually the cheapest models available on the market - and the least functional. They require manual reloading after each shot, which negatively impacts the dynamics of the game and reduces chances of winning. Especially if the opponents mainly use electric or gas airsoft guns. Spring airsoft guns include mainly sniper rifles and shotguns. 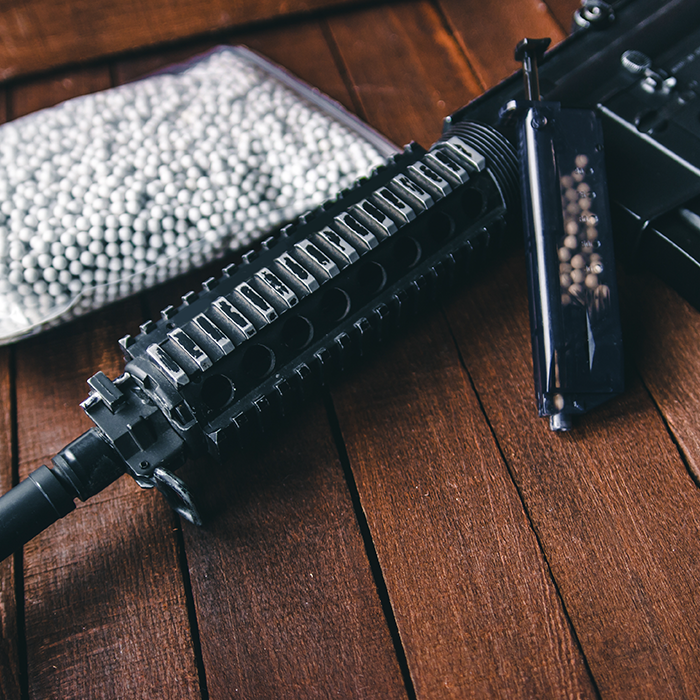 Gas airsoft guns constitute another family of ASG weaponry. BBs are launched using CO2 or a mixture of gases (green gas), and the BB container is located, for example, in the weapon stock. Gas airsoft guns mainly include handguns, i.e. pistols and, less often - revolvers. Green gas or CO2, however, are the most expensive solutions, with decreased performance at low temperatures. 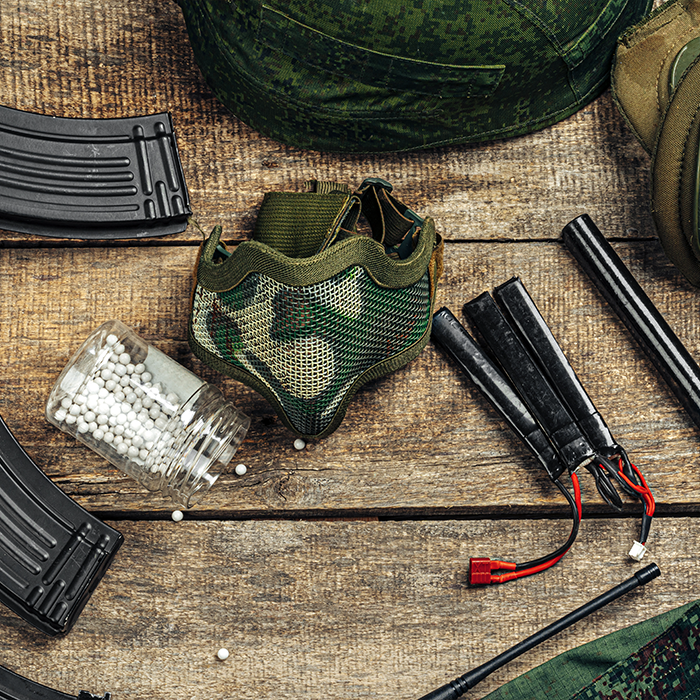 Electric airsoft guns are the most popular items in the ASG arsenal. This type of power supply is mostly used in replicas of automatic firearms, such as submachine guns or assault rifles, as it allows firing in bursts. Electric airsoft guns are equipped with an electric motor that pulls the spring and the piston, and then releases it. The result takes the form of compressed air, that provides the BB momentum. 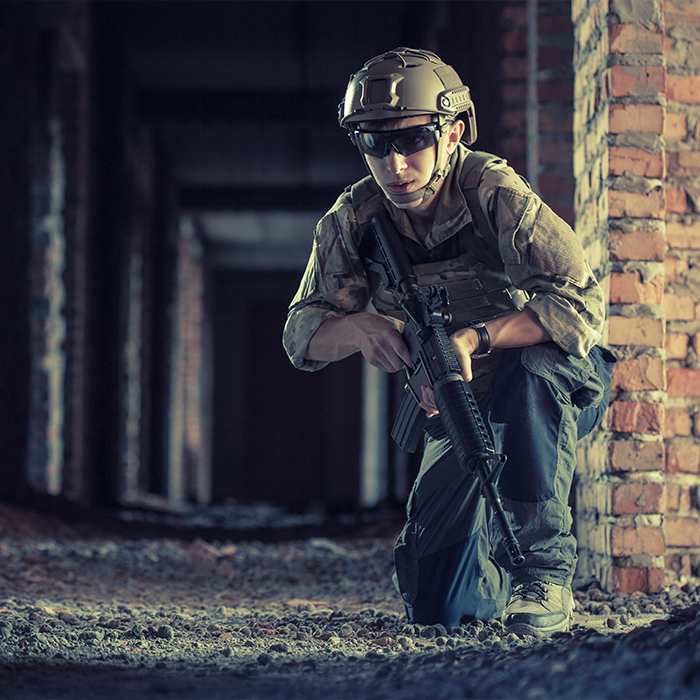 Who is airsoft for?

Airsoft is actually a sport fitted for everyone. Certain restrictions may only apply to the minimum age of participants in individual ASG events, set by their organizers. Besides that, there are no other significant limits. Also, you don't have to incur high costs right away, in order to be able to start your adventure with airsoft. Although you do need an airsoft gun, but you can buy one for as little as couple hundred PLN. Decide on a less advanced model at the beginning - it will allow you to verify if airsoft is really something that you’d like to get into. Add to that good-quality eye protection and voila! You are ready to try your hand at airsoft.

Check out airsoft guns available in our offer!