Yes, I will tell you about Specna Arms airsoft guns. But it will be a slightly different perspective, because we will be dealing with the series that I was interested in from the very beginning of its existence. I'm talking about Specna Arms Core. All the lite, sportline or other entry-level series have been popular for some time and the topic of this article represent this segment. The metal body was replaced with a plastic one, the spring replacement system and several internal parts were slightly changed. Thanks to this, we have replicas, the price of which starts from about EUR 110-130, and which do not give the impression of cheap toys.

The Specna Arms Core line consist of various types of airsoft guns. We find here very short, compact models, ideal for skirmishes in buildings, but also slightly longer ones that will be useful in more open areas. There are also sniper airsoft rfiles and a dedicated line of BBs. What made me really happy was the fact that the Core line also includes airsoft guns with Daniel Defense markings (and that's what I will describe in this review). At the time of writing this text, it can be said that it is a developed and well-functioning separate line in the Specna Arms offer. 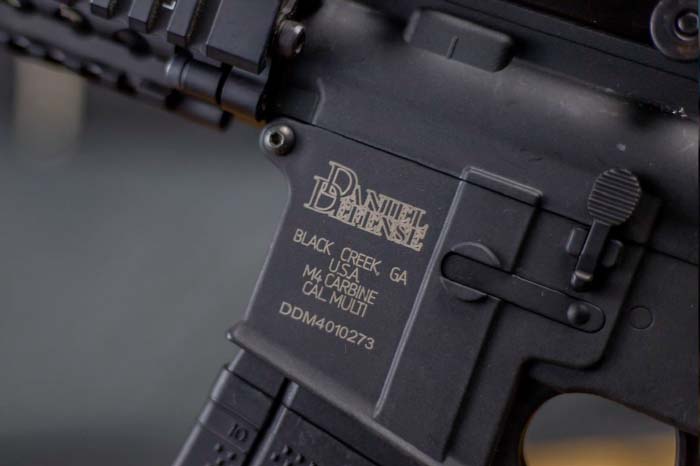 Now let's move on to what probably interested me the most when I was waiting for the courier with the airsoft gun. I do not lie saying that my experiences with plastic AR type replicas so far have been rather negative. It seemed to me that the use of plastic in this construction is not a good idea. However, it quickly turned out that my fears were unfounded. Although the body of the replica and the stock guide are not metal, they do not resemble other plastic guns available on the market. It's a fact that the body bends a bit, but only with very strong pressure, which you shouldn't exert on the replica during normal use. Additionally, we cannot visually state that the airsoft gun is not made of metal (as you might tell by a picture above). Probably my biggest fear was the stock guide - this one, however, is also well made and gives the impression of being solid. The mounting rails (except for those on the body itself) are made of metal, just like the outer barrel. As a result, we just have a solid airsoft gun that is pleasantly light at the same time. Several people who have had the opportunity to hold my Specna Core have pointed out that it is much lighter than it seems at first glance. I consider it a definite plus, because thanks to that I don't get tired of carrying the airsoft gun during the skirmish.

But how does it look like inside? I admit that it was also not too bad. The replica features a rather standard inner barrel, but what deserves praise is a good-quality, plastic, rotary Hop-Up chamber. I am rather a supporter of this type of construction and I must admit that the chamber in my airsoft gun worked very well. Not only does it allow for a fairly precise setting of the pressure, but also it did not get out of balance even once. The gearbox shell looks quite standard, but it is worth paying attention to the fact that it uses 8mm slide bearings and special cuts in the cylinder window are made, whose task is to distribute the forces more evenly in order to minimize the likelihood of shell breaking. The notches themselves, however, in my opinion are a bit too far from the corners of the window. For those who are not afraid to work on their own replicas, I recommend enlarging them a bit with a small file. The replica uses reinforced gears. The piston has all steel teeth. Thanks to this, according to the manufacturer, the airsoft gun "out of the box" should withstand M140 springs. I've seen Specna Core replicas with such powerful springs that shot without problems, but I haven't tested it myself because I don't play at long ranges where I would need such power. The gearbox had quite a lot of grease as standard. It was properly but not perfectly shimmed, and the pneumatic assembly was tight though it definitely could be better. These are issues that can be easily corrected by yourself using a few additional washers and o-rings if you want to, but even without touching the gearbox at all (which I recommend to most readers) the airsoft gun "out of the box" performs very well and generated constantly good performance. 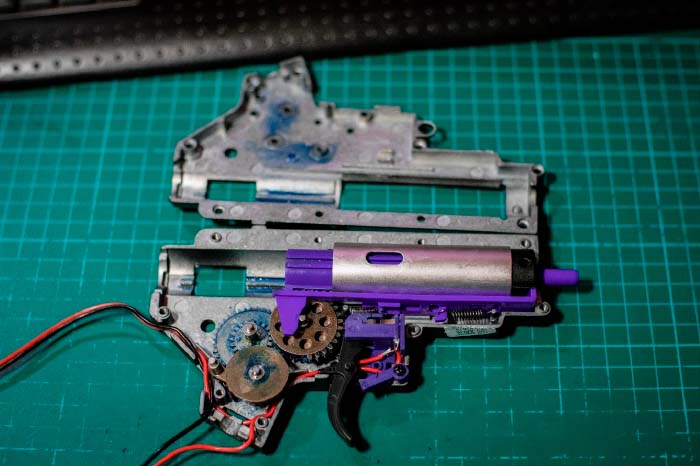 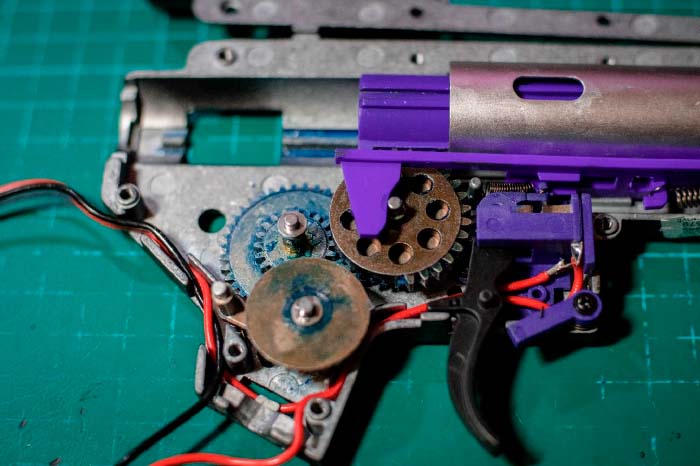 I just wanted to tell you about the quick spring change system here. First of all, in my opinion, this is one of the biggest advantages of the Specna Arms Core series. I cannot imagine buying an airsoft gun without such a system now, because it clearly facilitates the work of servicing the replica and means that one unit can be used for many applications. In Specna Core, we need to use a long Phillips screwdriver to unscrew the stock guide (paying attention to the wiring that runs through it) and then unscrew the spring guide, which is plastic and have a bearing. More than once, I have already replaced the spring just before the skirmish, when I realized, for example, that I had a stronger one in my gun and I was going to CQB game or vice versa, when I was going to play in the forest, where I needed more power. Thanks to this, the Specna Arms C-19 Core has become my main airsoft gun, which I always take nowadays. Having two additional tools and a spare spring in the backpack, I don't have to worry about adjusting the replica's power to the game conditions. 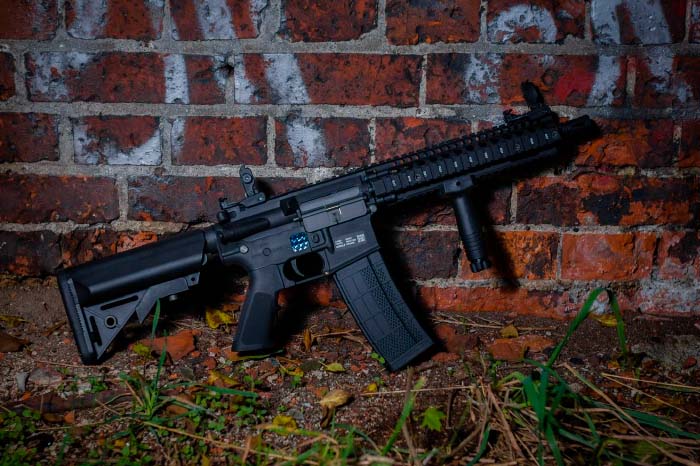 I would like to point out that in my opinion Specna Arms Core is a very good proposition for people who are just starting their adventure with Airsoft and are looking for opportunities to save a bit on replica among other expenses related to this hobby. The airsoft gun described in this review is not the first Specna Core I have used and based on my experience, I can confirm that, first of all, they do not require a lot of work to shoot well in the state they arrive from the factory. This is very important for less experienced players. Specna Arms Core is a replica that generates stable performance and does not require attention. In the case of my C-19, on a stronger spring and 0.28 g BBs, it gave a stable performance of about 1.2 J on a stronger spring and about 0.9 J on the weaker one. So here we have a very balanced performance for games in more open terrain and for games in smaller arenas or CQB. As the set includes two springs, we do not have to incur any additional expenses. The Core airsoft guns themselves are also, as I mentioned, light, which is a big advantage if we do not care so much about realism as about ergonomics. 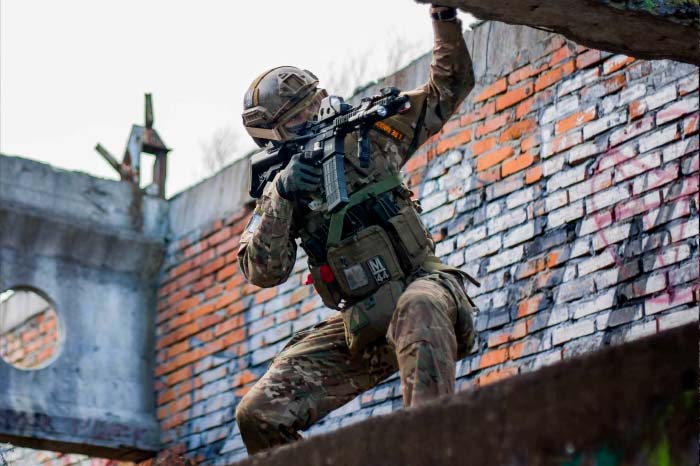 However, you need to remember about a few factors, which probably result from savings, in order to offer Specna Arms Core at such competitive prices. I do not know if this is the case in all replicas of the series, but mine did not have a sling hook. It it has holes on the stock for a traditional 3-point sling, but the already popular 1-point one would be difficult to attach. Such suspension systems, at least from my observations, are probably the most popular ones, so it's a pity that we have to buy the attachments separately. However, what worried me more was the lack of a cleaning rod in the box. It seems to be a small thing, but in my opinion, it is worth having it in the set - thanks to this, the person for whom this is the first replica can perform an important service activity, which is cleaning the inner barrel. Contrary to other series, a hi-cap magazine is added to the set in the Core replicas. It is difficult to say whether it is a disadvantage or an advantage. If this was to be our first replica, it would be better to use a hi-cap without other magazines. Especially since it is a well-made and good looking S-mag. However, more experienced players would probably prefer mid-caps here. 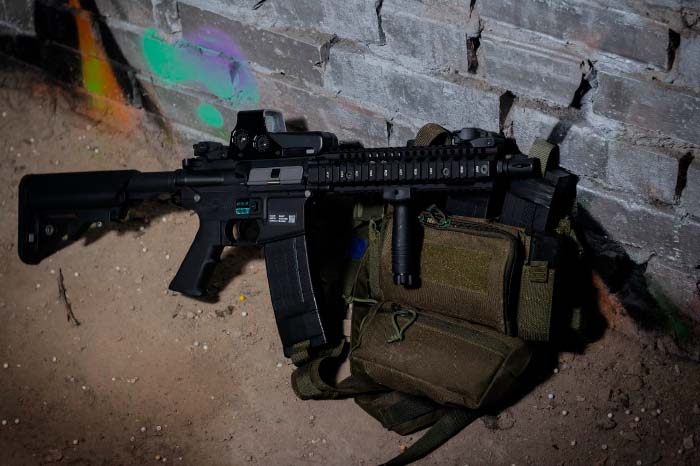 Good all-arounder - this is Specna Arms Core. On the one hand, it will be a good proposition for beginners, on the other hand, if someone is looking for a spare, backup replica, they will not be disappointed either. Specna Arms Core is light, so it does not constitute a lot of ballast in the bag, being a spare gun. Likewise, it does not tire us when we use it as the main unit. We get two springs in the set, so we can be flexible and adapt to different types of games. In fact, after the purchase, all we have to do is load the battery, load some BBs... put on the safety glasses and we can go shooting. Nevertheless, if we want to get a bit more out of the gun, the factory-reinforced parts will make it easier for us. Additionally, despite the fact that the gearbox shell and the spring guide are different than the standard ones, other parts can be easily replaced with more durable ones, achieving the desired effects.

Despite being made of plastic, Specna Arms Core airsoft guns are solid. I used several copies of this series before preparing this review and tested the reviewed replica for several months before writing this text. I have not noticed any clear warning signals pointing to obvious construction defects and you have to believe me - I am not one of those people who handle replicas delicately. This is definitely not my last airsoft gun of the Core series!