What is Airsoft Convention?

As the name suggests, it was the second edition of this event. The Krakow Airsoft Convention is an event whose initial purpose was to integrate the local airsoft community. It was an opportunity to get to know each other better, to present local arenas and to establish common rules for skirmishes in the region. Besides, it was also an opportunity for various companies and organizations related to our hobby to show themselves. This mix turned out to be a recipe for success and it was decided to repeat the event in 2022. This time the event was more of a fair nature. We had attractions for visitors and their families, competitions and presentations. 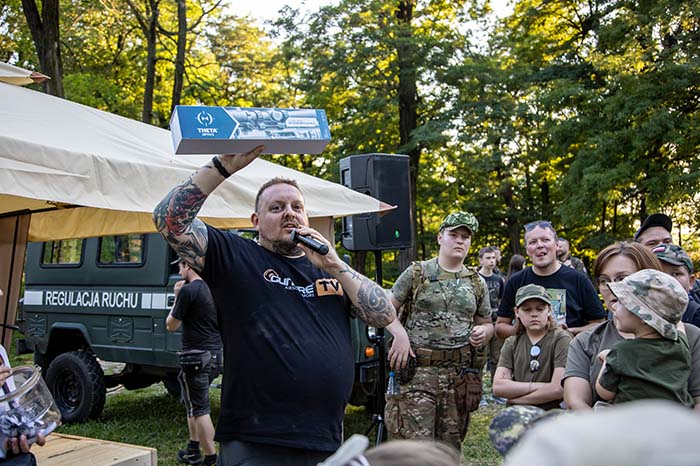 The 2nd Krakow Airsoft Convention took place on Sunday, July 24, 2022. The event took place in the open air. In the special exhibitor zone, you could find tents from, among others, GATE, Gunfire and Specna Arms. There were also stands for reconstruction groups and local service technicians. It is worth mentioning that the organizers of the convention did not restrict themselves to any forms of our hobby. In addition to milsim and historical groups, we could also meet speedsoft players. There was also a gastro zone, attractions for children and a well-organized parking lot. In one sentence, everything one could want.

The event from the participant's perspective

Although I helped at the Specna Arms stand during the event, I also had the opportunity to check other exhibitors. Thanks to this, I was able to see what the convention looks like from the participant's perspective. Each of the exhibitors was happy to talk about what he brought to the stand. Most of the people who worked as exhibitors are active players themselves and like every airsoft player they like to talk to others about their hobby. The service technicians presented their products and services. The companies presented novelties that they are just about to introduce to the market, and the teams boasted about their replicas and gear. 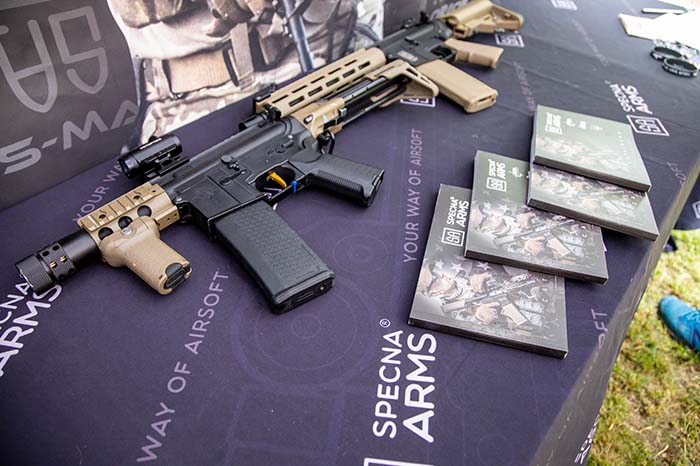 Attractions prepared by the organizers awaited the guests visiting the convention. First of all, the event was hosted by the well-known and well-liked Blacha, who presented all the stands and talked about what is most interesting at each of them. There were also competitions in which you could win prizes prepared by exhibitors and organizers. For people who like to work long hours on their replicas, a plebiscite has been prepared for the most beautiful replica. I would not like to be among the people who chose the winner, because each of the replicas put up for the competition was unique in its own way. Apart from that, the guests of the convention could also could take part in presentation of the first aid course. 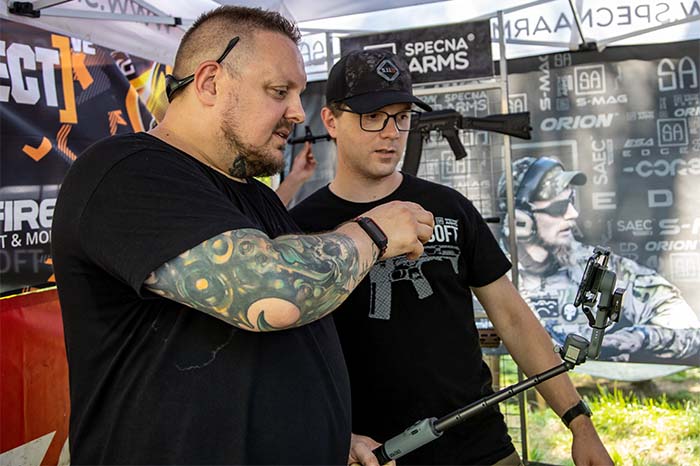 Personally, I was most interested in the news presented by the exhibitors. At the Maskpol stand, you could see new elements of tactical equipment in the MAPA camouflage. The GATE company, in turn, presented its replica control electronics and new products, i.e., internal parts. 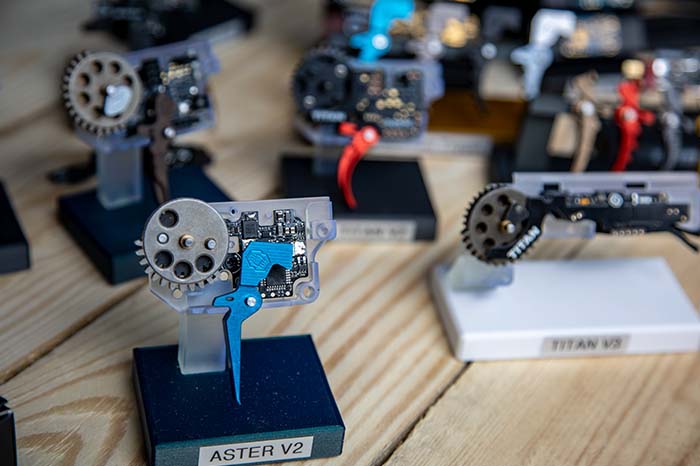 The event from the exhibitor's perspective

The most important thing I noticed from exhibitor’s perspective was the diversity of visitors to our and other stands. My point is that we were visited not only by active players but also by their families. The event offered several attractions for families with children and people not directly interested in airsoft. In my opinion, this is a very good way to promote our hobby. Sometimes it is difficult to take our loved ones on a shooter, if only because of age restrictions, if we want to take children. At the convention, we had a lot of equipment at our disposal and it would not be difficult to impress someone with the presented products by infecting them with airsoft passion. 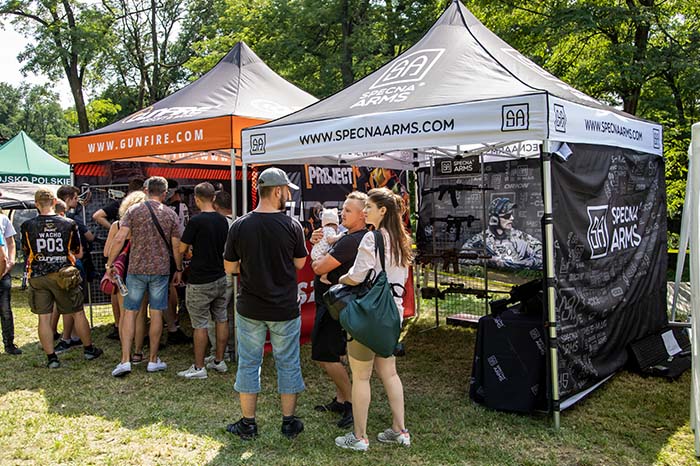 At the Specna Arms stand, the highlight of the day was the competition in which the SA-F03 HT replica could be won. The goal of the competition was to keep a replica of the Machine Rifle from the Core series by Specna Arms in one hand for as long as possible. Even though many players say that a plastic support replica is too light, I have to admit that keeping it in one hand for a long time is quite a feat. In addition, the stand featured prototype replicas of the manufacturer, such as the new J series with a polymer body or the X series simulating the supply of 9mm magazines. Together with Mańek44, we also presented toys from our collections. Among other things, you could see a very interesting SA-E10 replica built as a DSG with the GATE Titan system or my SA-S03 sniper rifle painted with camopens. 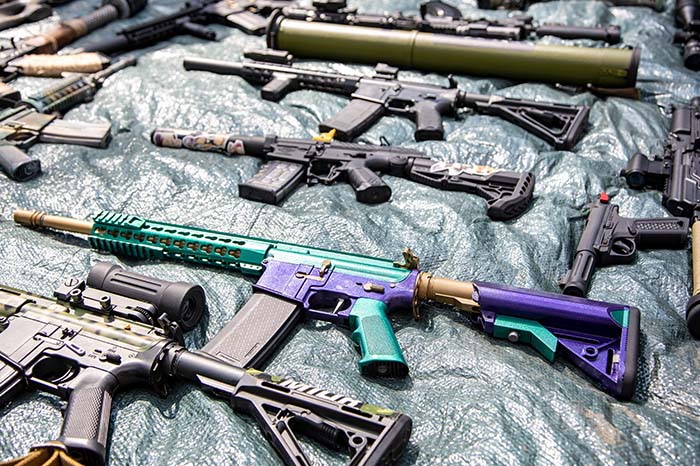 What is it like to be at a convention?

In my opinion, the best advertisement for the 2nd Krakow Airsoft Convention is the fact that at one point it ran out of parking spaces. The guests eagerly visited the event, spending time talking with exhibitors and viewing the presented products. There was something for everyone on it. Reconstruction enthusiasts could watch the carefully prepared stylizations of local groups. People interested in speedsoft could talk to Wrocław teams GF Project V2 and Jaszczomp. You could pick up their hi-end replicas or hear about tactics at matches. There was also an opportunity to high five with the organizers of Airsoft Team Poland, who visited the convention and hung around after the event, talking with exhibitors and guests. 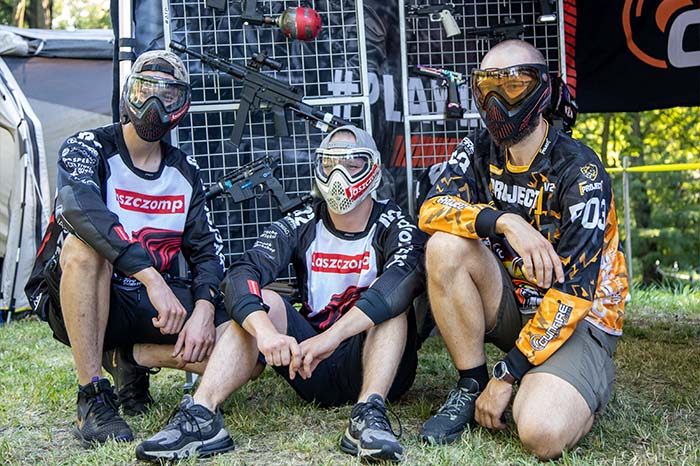 So, it is impossible to say whether it was good or bad at the convention. The convention and the entire airsoft are relationships, friendships and shared adventures. These are memories, relationships and the people we share them with. I will definitely appear at future editions of this event and I encourage you to do so.