Machine guns, replicas of support or affectionately "piggies". There are many terms for this type of construction. However, before we look more closely at specific models of some manufacturers, it is worth considering what features we should look for in them. Most support airsoft rifles are quite graceful tuning platforms. Especially those modelled on the M249 and similar, due to the construction of their gearbox, usually withstand even serious power tuning. In addition, most standard AEG parts fit them without any problems, so there is usually no problem with part selection. Unfortunately, we rarely encounter a situation where the KM replicas already have the MOSFET system installed straight out of the box. It is a pity, because their electrical systems do not have easy life firing short two-minute bursts of fire. Fortunately, even the basic AB MOSFET installed after the purchase does the trick. If necessary, the microswitches used in the support replicas are quite cheap and easy to replace even when they are damaged.

I have the impression that it is difficult to pick the wrong support airsoft gun. If we only avoid the cheapest constructions and choose those that are based on a proven standard, we should enjoy trouble-free operation of our toy for a long time. Unfortunately, this makes this market rather homogeneous and constructions based on A&K solutions dominate it. Is it wrong? If we want to do some kind of reconstruction, especially the historical one, we have to face certain limitations. However, I think that due to the weight of the replicas and the small advantage offered by the current power limits, it is still quite a niche segment of the market. So, let's check out some support replica proposals.

Specna Arms replicas could not be missing from this list. For some time, this manufacturer's offer also includes replicas of machine guns. They are compatible with parts from other manufacturers and, interestingly, they are also available in CORE versions, i.e., with polymer bodies. It is known that there will be opponents of such replicas. KM has to weigh its own and so on. In my opinion, one of the most interesting designs from this manufacturer is the SA-46. The weight of such a replica with a magazine is over 5 kg, so for me it is quite a lot. In addition, the lower weight compared to metal replicas means the possibility of a longer game without fatigue and accessibility for people who are not so strong. Additionally, as in Specna. We get a quick spring change system and a rotary hop-up chamber. The standard M120 spring installed in the replica should generate about 400 fps of power. 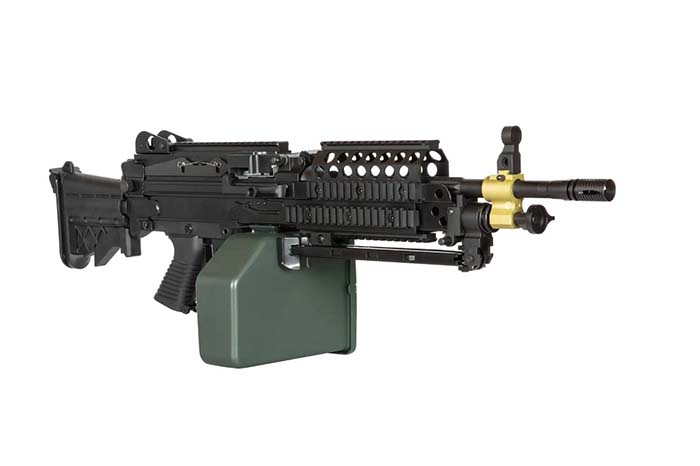 However, if we are looking for a metal structure, the Edge series support replicas have recently been introduced to the market. There is no question of a plastic body here, which translates into the weight of the replica over 6 kg. Internally, not much needs to be improved, but the replica's piston got a full steel jaw, which slightly strengthens the system compared to the Core series. 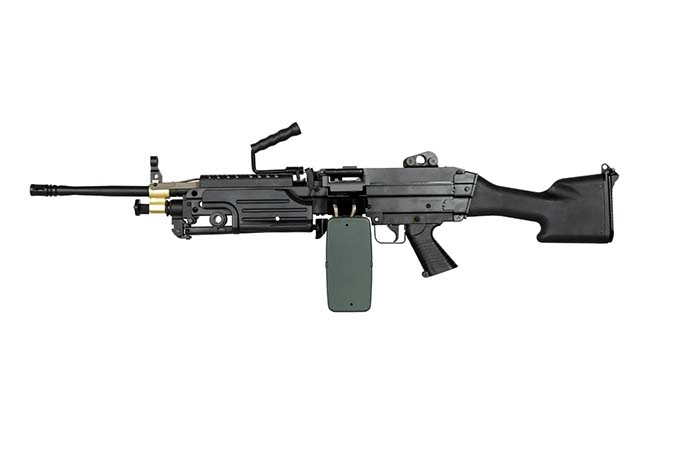 Or maybe something directly from A&K?

Why buy an airsoft machine gun? On the one hand, it gives us the ability to conduct barrage fire in long bursts. This is due to the usually large magazine and gearbox resistant to such overloads. However, the second important factor is styling potential. There is a large group of people with assault rifles on each shooter, but few KMists. And perhaps the most stylish support rifle is the M60. Popularized in pop culture, it evokes emotions to this day. If you are looking for a replica that resembles such a construction, you should check out the replica of the H.M.G. M60 from A&K. 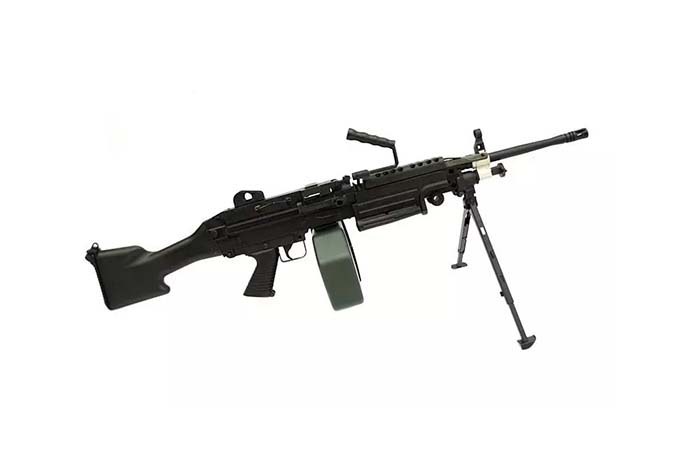 Apart from the interesting look, we get a fairly standard KM replica. Inside, a well-known and popular A&K machine gun gearbox, equipped as standard with an M120 spring. The trigger is controlled by a microswitch, similar to the replicas discussed above. Again, however, the MOSFET chip is missing. Nevertheless, we should definitely not feel disappointment after purchasing this structure.

The presented replicas are very interesting propositions. However, we can expect something different than an A&K standard gearbox in various packages. In this case, I propose a replica of the CM16 LMG Stealth machine gun from G&G. This is a proposal from the Combat Machine series, i.e., the more budget version of G&G. The body is made of high-quality polymer, which this manufacturer is known for. This is basically the main compromise in this design, because we also get a very solid gearbox. Interestingly, the standard v2 system was used here in the machine gun replicas. A special feature is the use of ETU, i.e., Electronic Trigger Unit, which acts as a MOSFET and allows for basic control of our replica's operation. 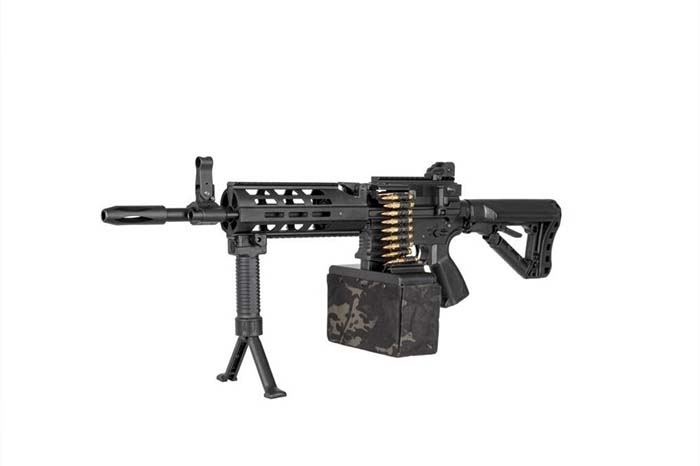 The replica weighs just over 4 kg, which is quite low for a KM replica. This gives you a big advantage in mobility. At the front, we have an M-lock standard handguard for mounting accessories. The box type magazine included in the set is battery powered. In fact, it gives us everything we need and the good quality for which the G&G company is known will allow you to use the airsoft gun without fear.

What all the airsoft guns presented in today's article? They have gearboxes based on proven standards. As a result, they are similarly susceptible to tuning and possible repairs. On the other hand, we can count on similar performance, about 400 fps, straight out of the box. In most cases, this is enough for efficient barrage fire in shooters. In my opinion, the most important issue determining the choice will be our preferences. If our priority is realism or styling, we will surely find something interesting in the A&K offer. There we have a choice of metal replicas of KMs of various designs, from the M60 to the PKM. We can also be interested in new KMs from Specna Arms in the Edge series. They will also have metal bodies and characteristic features of this manufacturer, such as a rotary Hop-up chamber or a quick spring change.

On the other hand, if we are more interested in ergonomics or when we do not want to walk all day with the heaviest possible machine gun, we can be interested in Specna Arms Core replicas or the LMG from G&G. Thanks to the slimmed down structure, it will be easier for us in terms of condition and we will still be able to carry out the tasks of the support replica.