Airsoft is not only about replicas

The most interesting purchase related to airsoft for many will be airsoft guns. However, that this is only a part of the equipment we need. In today's article, we will check items that an experienced player may have overlooked and that turn out to be extremely useful. I will be based on my experience, but you certainly have some suggestions for such things, so let me know in the message on Instagram and maybe I will prepare a second edition of such an article. 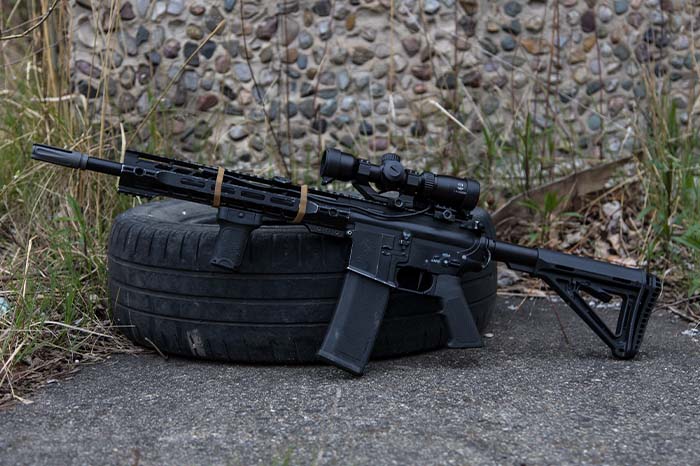 We often have that when looking at our airsoft gun, it seems incomplete. Something is missing, and this feeling of emptiness pushes us to the websites of online stores in search of another purchase. In addition to the already mentioned collimators, grips or flashlights, scopes can be a very good accessory. For many years, they were associated rather with sniper replicas, and those approved for assault replicas were usually only copies of the ACOG sight or similar. Some time ago, so-called magnifiers appeared, which did not gain a large share in the market mainly due to the poor quality of such sights. The search for a targeting method that would combine the advantages of a red dot and a scope with a greater zoom lasted until the so-called hunt scopes appeared. To put it simply, these are constructions that allow us to set both a very small and greater zoom at the same time. Often, they will have from 1 or 1.5 power to, for example, 6 or even 9. In such a solution, when we fire at short distances, we can reduce the magnification to add a bit more over longer distances. Of course, we can argue that the ranges of airsoft guns do not require optics in general, because we shoot at about 60-70 meters in real terms, but I have the impression that I have greater effectiveness with optics. As an experienced player, I discovered running scopes quite late and bought mine only this year. I have the impression that it was a good purchase and it has permanently appeared on my main replica. 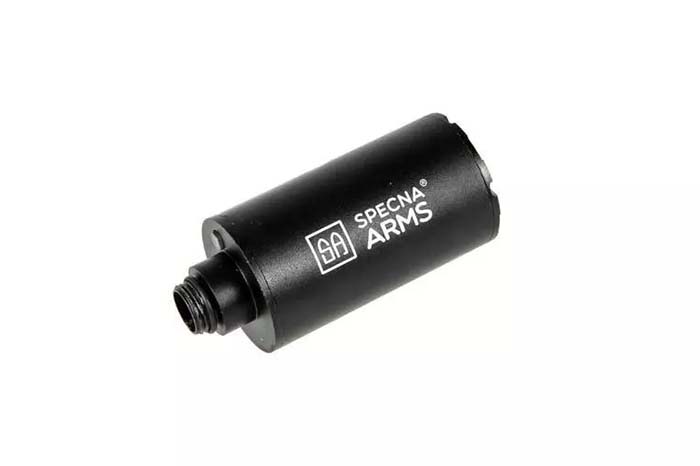 Speaking of devices that help us see where the BBs are flying, it is impossible to ignore the tracer devices. Depending on our specific solution, it will be either a silencer or a special hop-up chamber, which by illuminating special fluorescent pellets will make them visible in flight in dark rooms or after dark. Such solutions have existed for several years, but when playing mainly in a forest environment, we could have omitted them. On CQB games, however, they are an indispensable addition. They significantly facilitate aiming, setting the power of the hop-up system and verification of the BB trajectory. From the perspective of several months of using the Specna Arms tracer suppressor, I only regret that I tried such a solution so late.

In one of the recent articles, I described the new Primal Gear polymer holsters. They offer a lot of advantages. I appreciate the fact that they hold our pistol replica very well without the need for straps or buckles. This makes it easier to draw our unit with one hand. In addition, due to their flexibility, fabric holsters bend and make you have to wrestle with them while pulling out the airsoft gun. A good holster, especially made of kydex, is an investment that will pay off for sure. I have only recently used this type of solution, but at the moment I am sure that I will not return to fabric holsters. 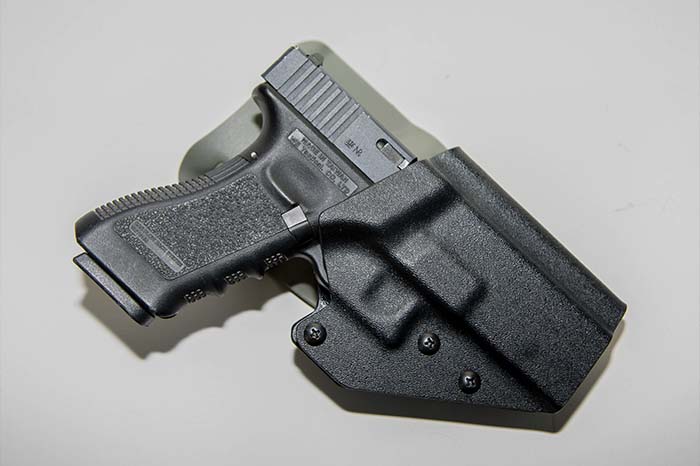 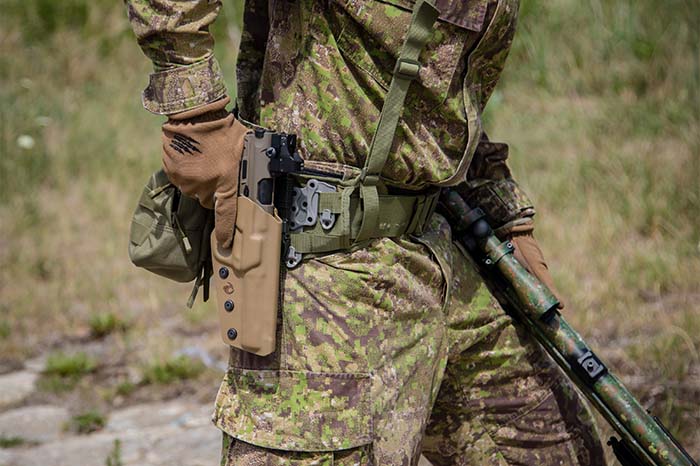 Speaking of holsters, if you, like me, use several gear sets and various short replicas, you may have a similar problem. Let's not hide that changing the holster every time we change the equipment or the pistol is quite a chore. However, we can make it easier for ourselves with a simple gadget, which are quick-couplers for holsters. They are usually sold in sets. One part is screwed to the attachment on the belt or vest and the other to the holster itself. Thanks to this, we can quickly and easily change holsters. Such a quick-release system holds our replica firmly and does not add a lot of extra volume to the set. 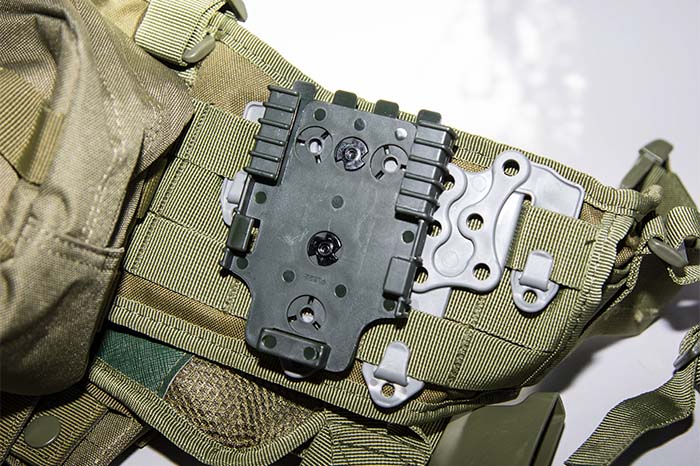 I have the impression that this is not the first time that I say that communication in airsoft is very important. Very often we can observe that a well-coordinated team of players who communicate well achieve domination in the game. An important element of such a strategy is the communication system and the equipment used for this. Personally, I have had the opportunity to use various PMRs for a long time. For this I used various headphones and even a throat microphone. The real breakthrough for me turned out to be the beginning of my adventure with active headphones. Over time, the offer of this type of headsets has become affordable even for players with a limited budget, and the investment seems to be profitable. On the one hand, we have a very convenient solution for maintaining communication with the team with headphones and a boom microphone through which we can be heard well and we can hear other players well. Active headphones additionally support our hearing. More than once I had a situation when I heard other players sneaking up on me in the building. In addition, if we play with pyrotechnics and stun grenades, this type of hearing protectors will certainly help us minimize the negative effects of the explosion. 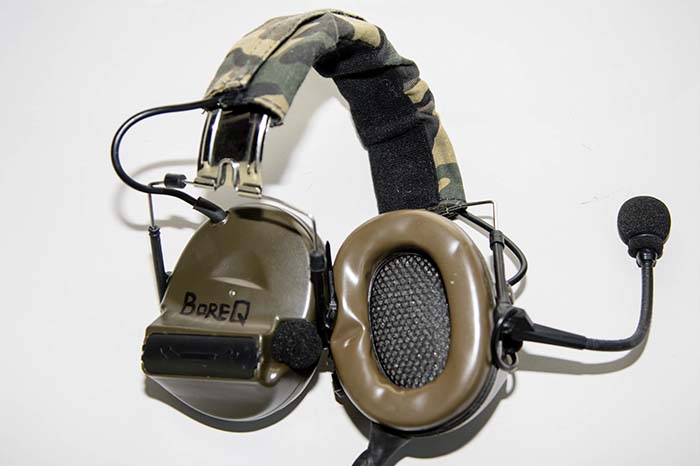 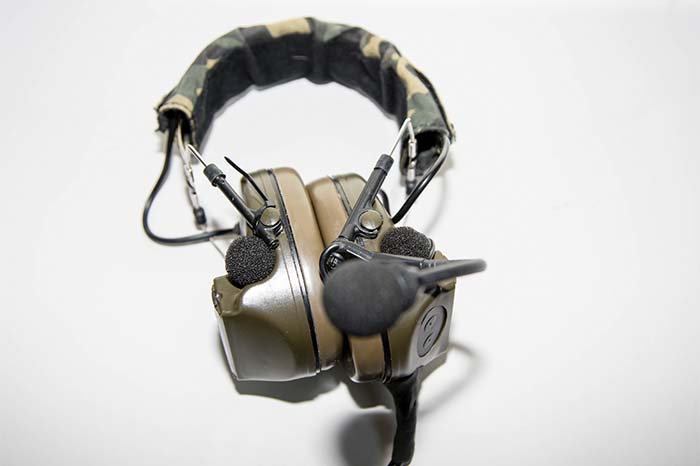 Often, when we shoot for some time, we fall into habits that limit us in the long run. On the one hand, having achieved a conveniently matched set for the game, we feel that we do not need to develop it, but on the other hand, the market is constantly developing. If we do not develop and look for new solutions, we take the advantage that we could achieve.