Basic sniper tuning on a budget

As often with this type of article, I will have to start with a few assumptions. First of all, I would like to point out that the presented modifications of the replicas are not able to significantly affect the performance of airsoft guns. The ideas presented below should be treated rather as additional ways to improve the work of our airsoft guns, than as a radical upgrade. These will be ideas for small repairs that we can do at a low cost, or on the occasion of other modifications, or as a way of killing time while waiting for parts. The tips presented here are based on my own experience and the replica on which I will present the proposed activities will be the SA-S02 sniper rifle from Specna Arms.

Teflon tape is a type of material the performance of which can probably be overestimated as easily as not sufficiently underestimated. Indeed, after a period in which I had the impression that it was treated as a cure for everything, it is now rather used sparingly, and I have heard voices saying that it is unnecessary in a correctly built airsoft gun. We will definitely not be able to resolve this dispute in one article, so let's focus on how we can apply it in tuning our sniper rifle.

When we have a disassembled airsoft gun, we have to open its hop-up chamber. In my case, it is held by a few screws. We take the inner barrel out of the chamber together with the rubber. At this stage, you can start winding the Teflon from the rubber towards the barrel end. From my experience, Teflon should be wound so that its length covers the whole chamber as in the picture below. Then we put the replica tegether to shoot. We can check for air leaks. We reload the gun, block the outer barrel with a finger and press the trigger. The longer the air remains in the cylinder, the better the air seal is. If we are not satisfied, we can try to add another layer of Teflon tape, but we cannot overdo it to make it possible to put the hop-up chamber tegether. In my case, two layers were sufficient. 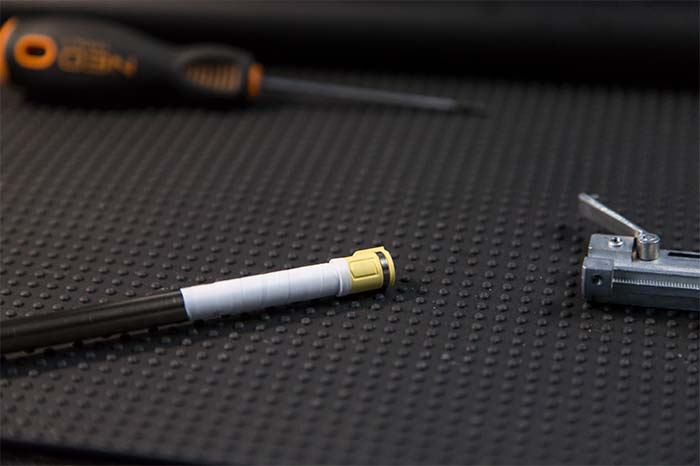 1. This is how my teflon-fix job looks like before I installed it in a hop-up unit.

Sometimes, when we buy a sniper airsoft, we may encounter a situation where the inner barrel is insufficiently stabilized inside the airsoft gun. This is often solved by so-called barell walks, i.e. plastic circles that stabilize our barrel. One problem with such a solution is that dedicated parts are quite expensive. And this has its justification because they can be used many times, so one purchase helps for several projects. However, I have a cheaper solution that works at least comparably well. All we need is a painter's or insulating tape. In my opinion, the former is better because it deforms more, so it gives up easier for us to work with. From now on, the matter is simple. We wind it in two places on the barrel. Once closer to the outlet and once towards the hop-up chamber. We need a layer thick enough that the outer barrel, when inserted into the inner barrel, is difficult to install. In many airsoft guns, the outer barrel narrows towards the end and this is something you have to remember. In my case, I started with a thickness of about 20 mm in both stabilizers and slowly added more layers of tape, first to the one closer to the muzzle of the barrel, and then to the other one until the desired effect was achieved. 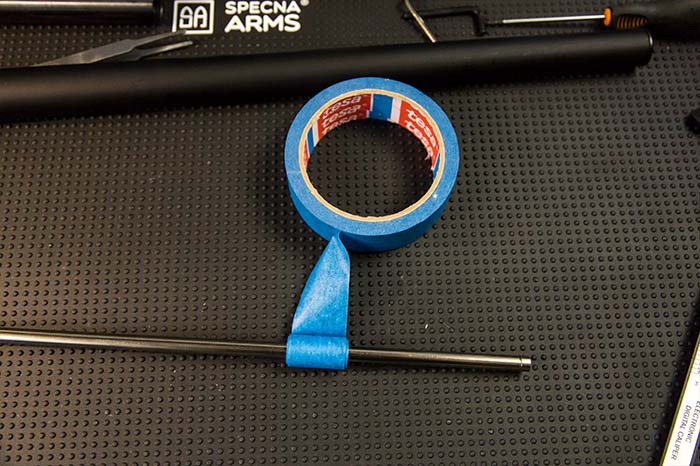 2. This is how I started rolling my tape to make barrell spacer. 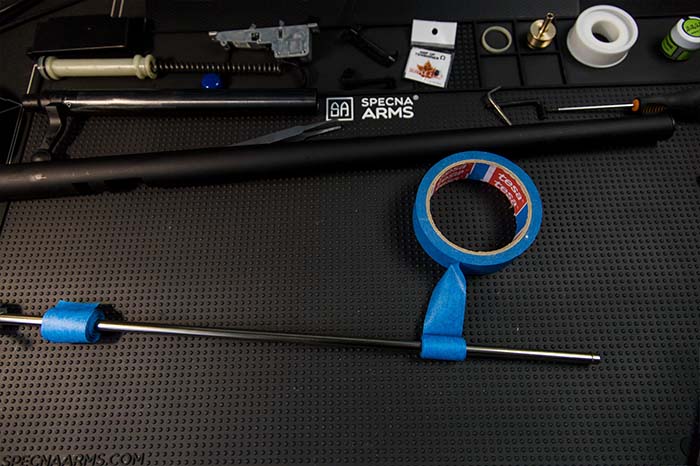 3. We need at least two spacers - in front of the barrel and close to hop-up.

The next tip probably doesn't improve the range or accuracy of our sniper rifle, but it's still worth our time. Thanks to the cylinder stabilizer, we can improve the work culture of our sniper rifle. We need to make a sleeve from a plastic pipe, which we put on our cylinder. It should be the same length as the distance between our hop-up chamber and the mounting of the outer barrel in the cylinder assembly. Whenever in doubt, you can cut a slightly longer tube and shorten it if necessary. Then cut it lengthwise and put it on the gun's cylinder. If everything went well, you should feel the cylinder work improving. The replica draw should be smoother. This will definitely help us in the game itself. Thanks to the smooth reloading, our rate of fire can increase. In addition, we can reduce the consumption of the hop-up rubber because an improperly stabilized cylinder with its head may hit it too high and wipe it with the nozzle. 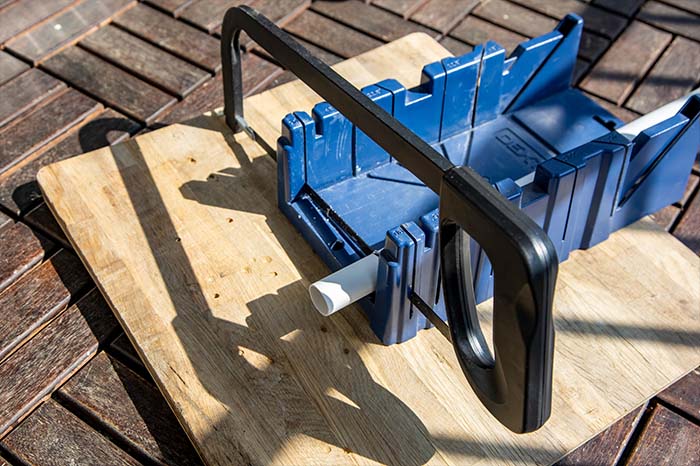 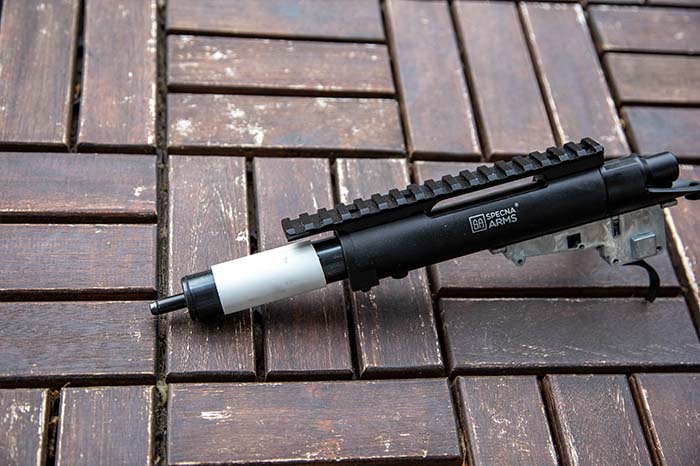 What kind of results we can expect?

Of course, a lot depends on what airsoft gun we choose as the object of our activities. Sniper airsoft, especially those from lower price ranges, may be characterized by greater tolerance in the production process. Hence the occasional wobble of the inner barrel or leaks in the hop-up chamber. This is completely normal and in my opinion it is a kind of compromise that we have to make if we decide to buy a budget base for further tuning. Even more expensive airsoft guns are not free from similar defects or shortcomings, so we can forgive them even more to the producers of economic series of guns.

In my case, I can surely notice some significant improvements after doing the modifications described in this article. The simplest of them, i.e. barrel stabilizers made of painter's tape, made it possible to almost completely eliminate the movement of the inner barrel in the airsoft gun's body. I don't know how you can test it more scientifically, but in my shooting tests, the repeatability of the shots and the stability of the BB's flight have improved a lot. When it comes to the use of Teflon tape to seal the hop-up chamber, I noticed an improvement in the tightness of the system. The cylinder in my gun already showed little movement at the factory, so after making its stabilizer the improvement was minimal, but in other replicas, and even in other pieces of the same model, the difference may be different. If you make the modifications described in this article, don't forget to mention it in messages for me on Instagram!