Choosing an ASG is not easy. Not only do you have to decide on one of the three main types of power supply, but also consider many other parameters. In the case of a gas airsoft gun, it is also necessary to specify which type of gas you want to use: Green Gas or CO2? The differences are quite significant and affect not only the cost of operating the airsoft gun, but also its behavior and performance. What does this mean in practice? A given gas may be more or less effective in certain weather conditions, its performance may be different, as well as its impact on the range and FPS speed of the airsoft gun. As you can see, a lot depends on the type of gas, so we compared these two power sources for you, to make your choice easier.

Green Gas is a mixture of propane, silicone oil and various fragrances, which is encased in special, pressurized containers. Silicone is designed to prevent the seals from drying out and deteriorating, but it does not relieve the user of the obligation to maintain them. In turn, CO2 airsoft guns use special 12g CO2 cartridges and are filled only with compressed carbon dioxide. It also has other advantages - but also disadvantages - that we'll cover in a moment. But first, let's take a look on the operation of BB guns powered by Green Gas.

How does a Green Gas - powered airsoft gun work?

Green Gas is a much more popular choice among airsoft enthusiasts than CO2, because using it on the battlefield is more comfortable. Each airsoft gun powered by Green Gas has a special, built-in container. You can easily and quickly recharge it - also in the heat of battle. You would probably like to know how many shots can be fired using a single Green Gas charge. Unfortunately, there is no simple answer to this question. This depends on the construction of a particular airsoft gun and the capacity of its container (usually located in the magazine) and the ambient temperature. Green Gas is manufactured by many companies and individual blends may also vary in performance.

How are CO2 airsoft guns designed?

An airsoft gun powered by CO2 must be much more powerful than equipment running on Green Gas. CO2 is compressed under greater pressure, so it can damage more delicate structures. This also translates into greater airsoft gun power, i.e. FPS muzzle velocity. CO2 gas airsoft guns are one of the most powerful models on the airsoft market. As we have already mentioned, they are powered by special cartridges. They are disposable and last for several magazines. The problems start when the cartridge needs to be replaced during battle. This takes a lot more time than with Green Gas. If the cartridge is already empty and we do not know if we have enough left for the next stage of an engagement, the most common solution is to discharge the remaining gas via firing the weapon and insert a new cartridge. However, this is not a very economical solution. 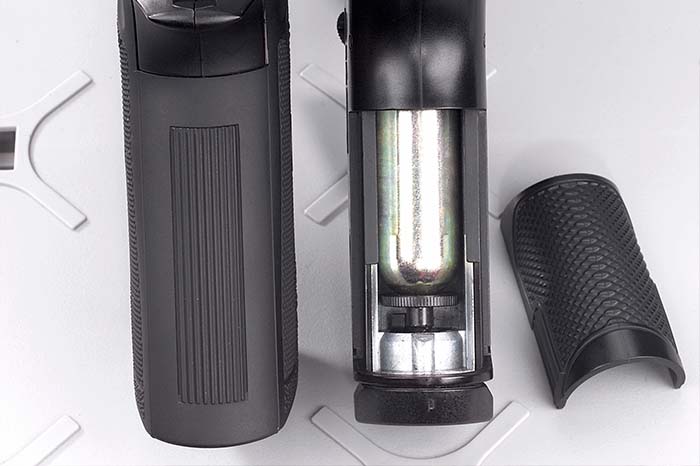 When to choose Green Gas?

A Green Gas airsoft rifle can be a good choice if you plan to participate in CQB scenarios. You cannot use overly powerful weapons, with muzzle velocity over 350 FPS, in close quarter combat. It will be easier for you to find a Green Gas model with a power below this FPS value, than a CO2-powered one. You can also choose a type of Green Gas that is adapted to work in low temperatures. This type of airsoft gun allows for use throughout most of the season.

A CO2 airsoft gun rarely has a muzzle velocity lower than 350 FPS. Usually this feature is much higher, which eliminates such weapons from CQB games. However, this makes them perfect for medium and long ranges. Remember, however, that a lot also depends on the environmental conditions. Green Gas performs quite poorly at temperatures below 10 degrees Celsius, which results in decreased range. It’s not a good choice in cold autumn months and in winter - these seasons will favor a CO2 airsoft gun or another type of power supply.

CO2 airsoft guns are a good proposition for those of you who care about increased realism of operation. CO2 models have a powerful Blow Back system, which is responsible for the recoil of the lock. This type of airsoft gun kicks like a mule, making it more suitable for experienced players, who are not afraid that whis will affect their accuracy. 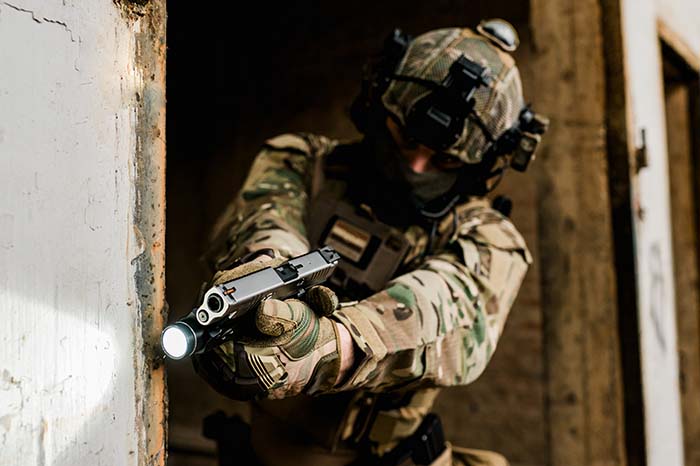 Green Gas or Carbon Dioxide? Which power source is better?

Gas power is usually used in small arms airsoft versions. Thus, you can easily find an ASG CO2 pistol or a Green Gas revolver/pistol, with problems arising when looking for a gas submachine gun or assault rifle. The fact that airsoft guns are mainly powered by a gas motor means that they are not the most frequently chosen models. Pistols and revolvers are rarely used as the main weapon, but are often chosen as a backup airsoft gun. Which type of gas should fuel it is strictly dependent on the nature of the games in which you usually take part. It cannot be stated with any certainty that either of them is better. Green Gas or CO2 may, on the other hand, perform better or worse under certain circumstances. 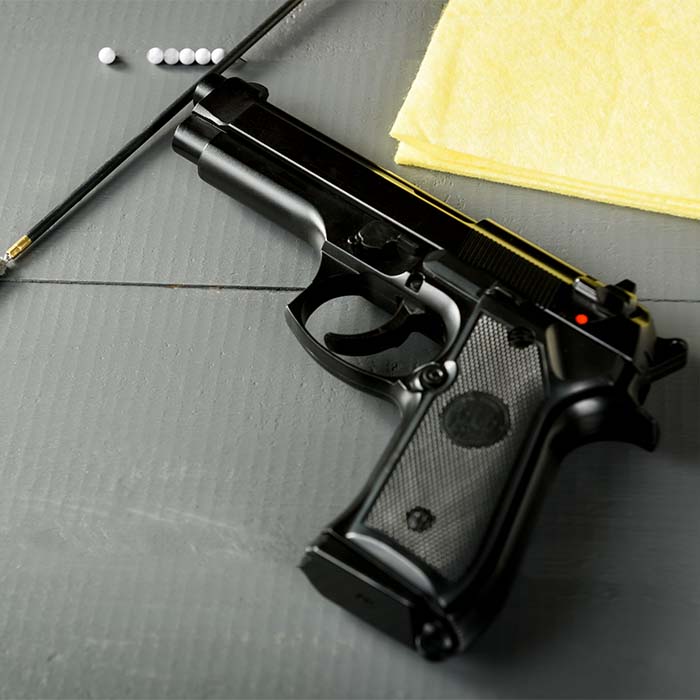 So, how do you choose between Green Gas and CO2?

Green Gas airsoft guns usually have a lower FPS initial speed, so they are more versatile. They will work well in closed rooms and in open spaces. The various gas mixtures can also be used successfully in both summer and winter months. You can easily refill your gear with gas even while playing - just be prepared to carry a larger container on you at all times. CO2 is contained in small, handy cartridges - however, their replacement takes time. In return, it does give you a lot of power, thanks to which you can fire long range shots.