The replica is made mostly from light and durable polymer, same as its real firearm counterpart. The outer barrel, flash hider, iron sights, and front RIS rail are made from steel. The whole is exceptionally well fitted and balanced, relatively small weight and compact dimensions grant high maneuverability, which is additionally increased by stock folded to the side of the replica.

On top and and bottom side of the replica the universal 22mm RIS mounting rails were installed which allow installation of various additional accessories. The replica is built using system of modular components which for example allows easy replacement of the magazine well for M4/M16 type magazine adapter. The accumulator is located inside the front grip, it's dismantling is done by taking out one blocking pin.

Inside of the replica is also well made – it has steel gears and directional piston head for increased performance. The newest version gearbox comes with 7mm steel slide bearings.

The replica comes with 470 bb's polymer hi-cap magazine. It is equipped with press studs allowing linking of the magazines together. 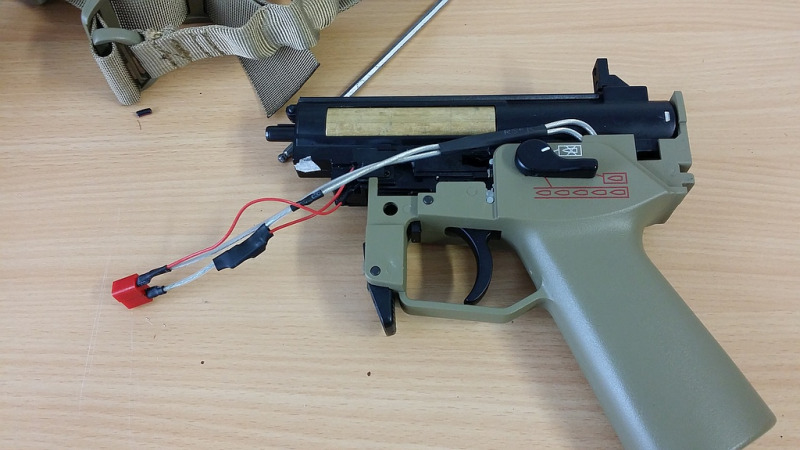