How does a gas pistol work?

There are two quite different weapons hiding under the term "gas pistol": one refers to a self-defense gas gun that sprays toxic gas or shoots gas-filled projectiles. The second term means a gas-powered airsoft pistol that shoots BBs - i.e. a replica of a handgun. Of course, the pre-designed applications of these two guns are completely different - so let's explain how they work and when to use them.

Gas pistols are projectile weapons that can be divided into two types: firearms and pneumatic weapons. A pneumatic gas pistol is a gas launcher that sprays toxic gas. It temporarily disrupts human motor coordination, causes severe tearing and coughing. A person who comes under its influence becomes temporarily defenseless and is rendered harmless. Gas pistols in the form of gas launchers are effective only at shorter distances, and the gas affects everyone who comes within its range - so it can also reach the shooter.

Gas firearms, on the other hand, can only fire gas cartridges of 6 mm caliber (or in the range of 8 mm-11.43 mm). Due to the fact that it is a barreled weapon, it has a greater range and accuracy, enabling to hit a specific target. Part of the barrel in this type of gas pistol is covered, so that its user is not exposed to the gas. 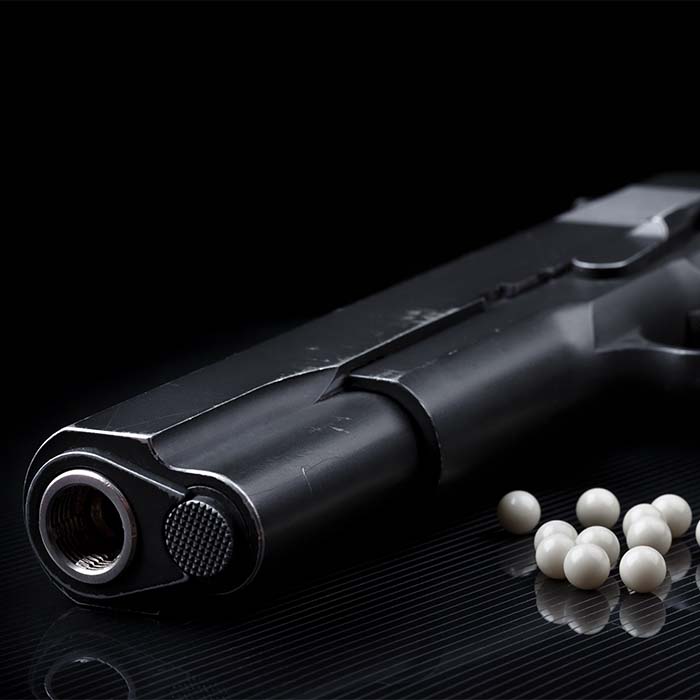 The use and legality of the gas pistol

The gas pistol is used for self-defense - it can scare the attacker off or neutralize them, but it is not possible to cause bodily harm due to its use. Thus, you don't need to fear accusations of exceeding the limits of necessary self-defense - unless in some very specific circumstances. The very sight of a gas pistol can induce an attacker to retreat, as in many cases it looks the same as a firearm that shoots real cartridges.

Gas pistols are legal to own, but a lot depends on the model. Theoretically, a gas pistol using gas cartridges or a pneumatic one requires no permit. Gas-type firearms do require one. 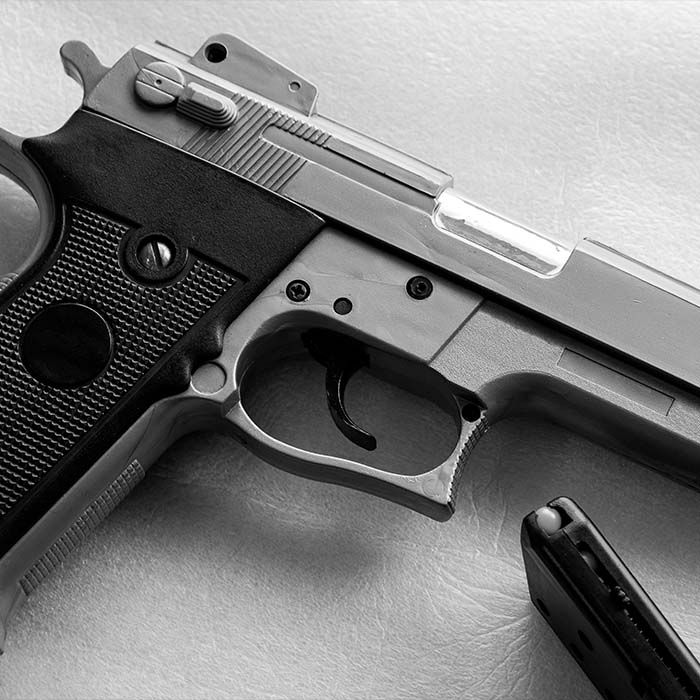 You can choose from various models of gas pistols, with a certain variety of parameters. There are both larger and more compact models - differing in power and functionality. Before choosing a weapon, you need to pay attention to its range, and how many shots are possible using a single gas canister.

The most powerful, permit-free gas pistol will have a range of approximately 5 meters. Also pay attention to its weight - it cannot be too big and heavy, as it will be cumbersome to carry around. And it is a weapon that we want to always have with us. For the gun to be used easily, the trigger should work smoothly and without having to apply excessive force.

The method of carrying gas pistols is also very important. You must take care of your own safety and that of others. It is recommended to take the gun out only in an emergency. Gas guns often look very realistic, which can expose you to police intervention - so it's important to wear them in a concealed fashion.

An airsoft revolver or airsoft pistol is also colloquially called a gas weapon, because it has a gas motor. Those types of weapon use ammunition in the form of 6 mm plastic BBs, so they definitely cannot be used for self-defense. They are just 1: 1 scale, gas-powered replicas of firearms. The principles of operation and the use of gas pistols is therefore completely different than that of gas airsoft pistols. 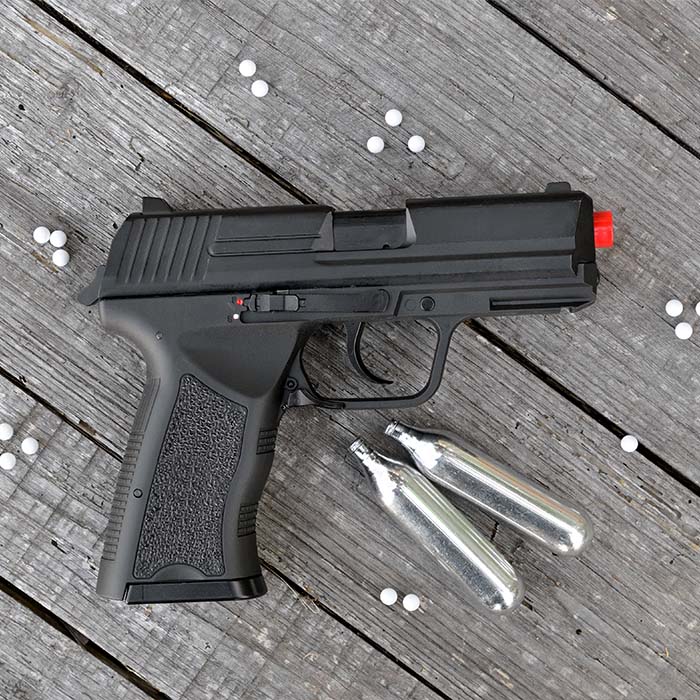 The airsoft BB gun is used in airsoft games and skirmishes, based on using strategy to defeat the opposing team. Seeing ss it perfectly imitates actual firearms, the airsoft gun is also used in historical reenactments, as well as being a collector’s item for gun and militaria afficionados. Many gas airsoft guns are very faithful in terms of similarity to their firearm counterparts. Gas airsoft versions of Glock or CZ pistols, e.g. Glock 19 or CZ 75, offer exceptional realism.

A gas airsoft revolver or airsoft pistol can be powered by two types of gas - CO2 and Green Gas. This type of airsoft gun uses the compressing and expanding properties of gases, thanks to which it is possible to propel a BB out of the barrel. Anyone can buy gas airsoft guns - however, they are definitely NOT meant for self-defense - unless an attacker confuses them with a real weapon, and you use the moment of surprise to run away.