A very well made and fitted replica of a PDW sub-machinegun. The replica’s body, the outer barrel, the iron aiming sights and the flash-hider are made of metal while the stock, the pistol grip and the front-grip are made of nylon. The flash-hider and the stock can be quickly and easily detached in order to gain a even more compact replica.

The compact dimensions, good balance and the overall compactness makes the CM041PDW a perfect replica for short distances and the CQB type skirmishes. The advantages of this replica are strengthened by the ambidextrous firing mode selector lever which allows for a comfortable and free change of the firing mode both with the left and right hand. What is important, the iron aiming sights are fully adjustable.

The V.3 gearbox is used to power the replica and is equipped with a set of steel reinforced thread-wheels which are placed on steel ball bearings. A directional piston head was also used with a stronger spring and an aluminum sleeve located in the piston. The replica is also equipped with high torque motor.

The set does not include a battery and a charger! 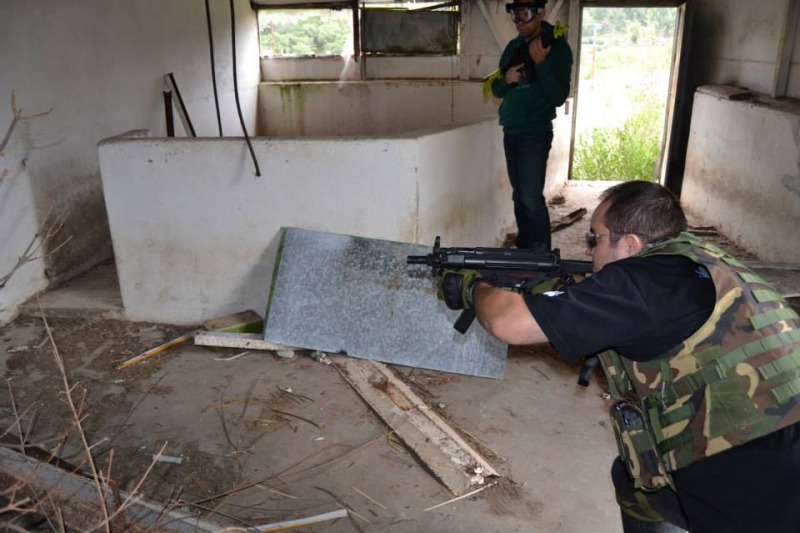 5/5
Opinion not confirmed by purchase
2013-10-21
Great gun, good accuracy, good rate of fire, an authentic full metal. I strongly recommend to both CQB and for the field.
Pedro, Samora Correia
Was the review helpful? Yes0 No0
4/5
Opinion not confirmed by purchase
2013-10-19
Upgrade this with a decent tight-bore and you'll find it excellent at long range as well. The stock is amazingly sturdy, and an interesting feature with the cocking handle is a spring pulls it back into the front rather than from the body, but unfortunately the 9.6v stops it from being cocked back. I'm only giving four out of five since the front end came broken off, but fortunately it was an easy fix. I recommend getting plenty of spare mags since it has a made rof on the stock battery.
Declan, Co. Roscommon
Was the review helpful? Yes0 No0 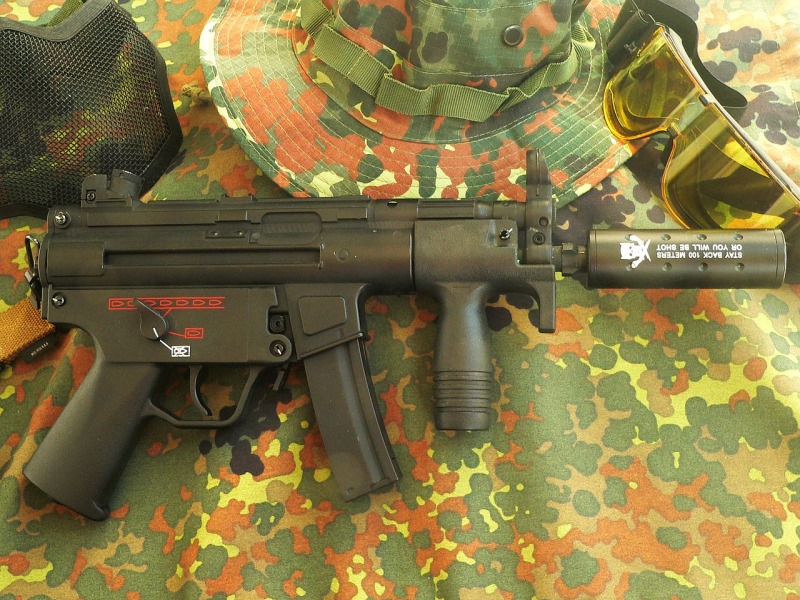 5/5
Opinion not confirmed by purchase
2013-04-11
Weight of the gun without stock: 2kg Ideal for CQB weapon, but the field is used. The teammates called "little scythe". Lightweight, fast and shoot away like a normal AEG. RoF: 16BB/sec (with original 9,6V battery) I recommend. Ideális CQB fegyver, de terepen is használtam. A csapattársak "kis kaszának" nevezik. Könnyűsúlyú, gyors és messzire lő, mint egy normál AEG. RoF: 16BB/sec (gyári 9,6V-os akkuval) Ajánlom
György, Nagykanizsa
Was the review helpful? Yes2 No1
Show all reviews
There are no reviews with this number of stars.
Write a review
This page uses cookie files to provide its services in accordance to Cookies Usage Policy. You can determine conditions of storing or access to cookie files in your web browser.
Close