Airsoft revolver as a backup airsoft gun - pros and cons

Battlefield conditions require preparation for every possible event. You must anticipate the actions of your opponent and all other circumstances that might influence the outcome of the engagement. One such circumstance is the failure of your principal ASG weapon, effectively eliminating you from play. Fortunately, this can be easily prevented, by means of an airsoft backup airsoft gun - a backup airsoft gun, used only in special circumstances. If you don’t have one already, you should definitely get one. You might start considering the airsoft revolver. But will it fulfill your requirements? Many ASG revolvers are small, making them ideal for the role of a backup airsoft gun. But will the other parameters of the revolver also serve this purpose?

Applications of the backup airsoft gun. Is the ASG revolver the right choice?

The role of the backup airsoft weapon is to come to your aid when your principal ASG gun suffers a malfunction or you run out of ammo. This allows you to keep fighting. This type of situation might not be common, but better to have and not need than to need and not have. A backup weapon should be compact, so that you don’t even feel you are carrying it. It should be a last resort, not an extra burden. Handguns, such as pistols or revolvers are a great fit for this purpose.

The revolver is a firearm with cult status. It became a common use weapon in XIX century. Practically everyone knows the Colt revolver or the Magnum, even if not particularly interested in weaponry or ASG. No respectable Western flick can exist without a revolver shootout. Thanks to pop culture, everybody had a chance to get to know them well. A revolver is a semi-automatic weapon, equipped with a characteristic, revolving cylinder that holds the ammunition. Airsoft revolvers usually imitate this design quite well, making them popular items in historical reenactments and among weapon collectors. To increase the realism of the ASG revolvers, certain models are loaded with pellets encased in metal bullet replicas. Of course, when it comes to ASG revolvers, their looks are just one factor out of many. If an airsoft revolver is to serve its purpose on the battlefield, one must also take into account its parameters. Which ones are the most important and which ASG revolver should you choose? 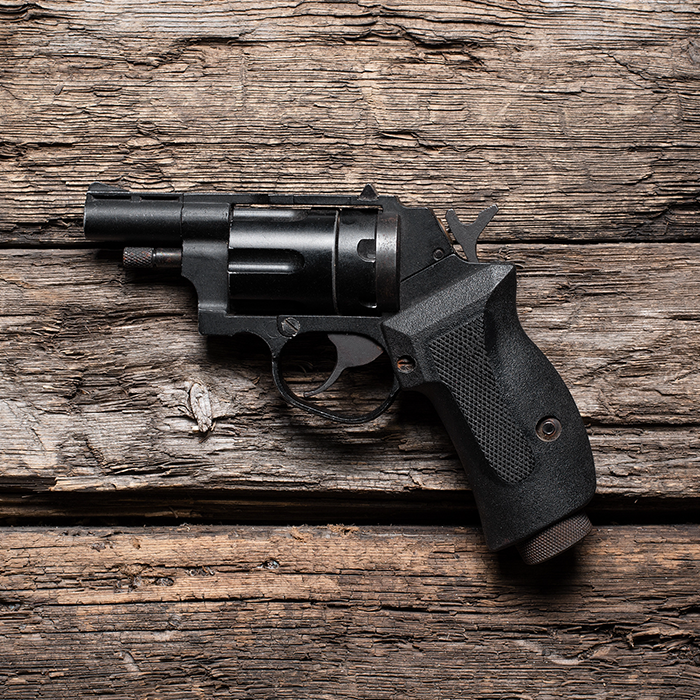 Which airsoft revolver should you choose?

ASG revolvers are mostly powered by gas - green gas or CO2. This is the most important parameter. A CO2-powered airsoft revolver works by means of compressed carbon dioxide, usually encased in a special cartridge, inserted into the gun butt or grip. A gas airsoft revolver has increased muzzle velocity, which makes for a better range; it’s well suited to open arena engagements. A gas airsoft revolver is more efficient and retain its power in low temperatures, as compared to its green gas-powered counterparts. One example of this type of revolver is Nagant mk. 1985 by WinGun.

On the other hand, green gas is compressed propane, often mixed with silicone oils. This mixture improves shot repeatability and precision. A green gas-powered revolver is also quicker to charge, which makes all the difference in case all you have left during a shootout is your backup airsoft gun. However, green gas doesn’t perform very well in low temperatures. That’s why, before you choose your revolver, you should consider the type of weather you’ll be using it in. If you participate in battles fought only in the warm seasons, green gas will serve you just fine. 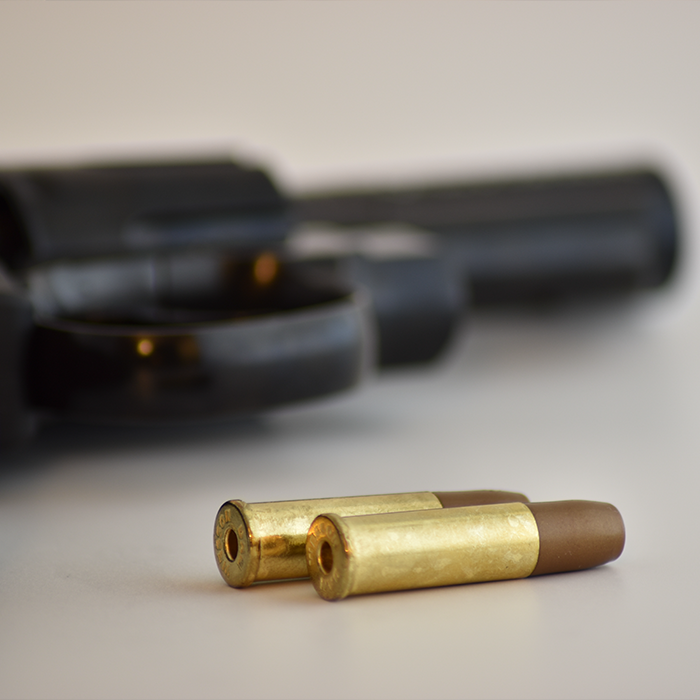 Airsoft revolvers and the matter of muzzle velocity

Airsoft revolvers are a great choice as a backup airsoft gun, because - regardless of their compact size - they usually have quite decent muzzle velocity. For example, the Dan Wesson 6” ASG revolver, powered with CO2, has muzzle velocity of approximately 450 FPS. The 357 revolver by KWC reaches muzzle velocity of over 500 FPS. These results are better than even those of some ASG rifles. Therefore, if you’re engaged in battle in an open arena, it’s recommendable to carry an ASG revolver.

Muzzle velocity is of great importance when choosing a backup airsoft gun. It influences the performance of the given weapon - and we want the best performance possible, don’t we? However, there are certain situations when increased muzzle velocity can be a disadvantage - for example, during CQB engagements. You can’t use every ASG gun in CQB conditions, as there are certain limitations imposed regarding the muzzle velocity - it usually has to be lower than 350 FPS. So, as you can see, not every airsoft revolver will be allowed to be used in this type of scenario. 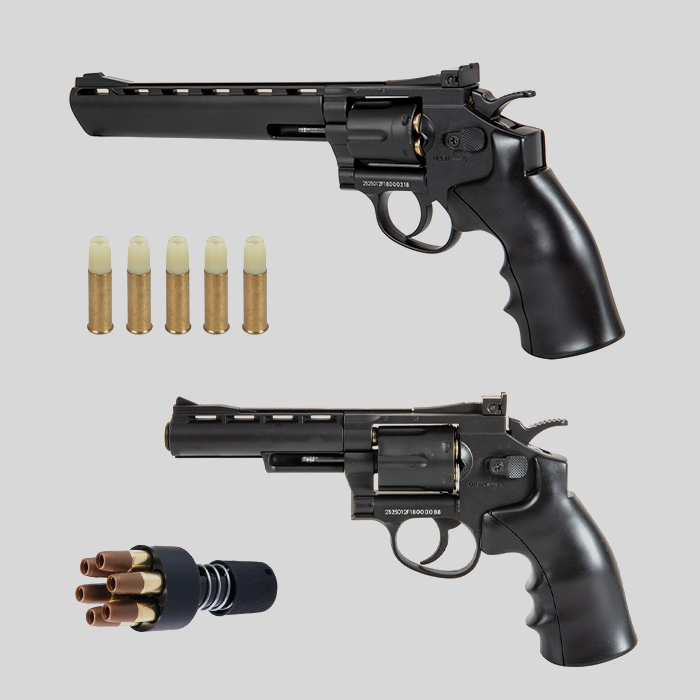 Will an airsoft revolver work as a backup airsoft gun?

A revolver allows for single fire only, making it demanding in terms of aim and precision. An airsoft revolver requires some shooting skills - but no worries, you can use it to learn them! An ASG revolver can be used for shooting practice as well as a backup airsoft gun. Situations where we have to use the backup weapon are not very common; we also often seek other ways to make use of it. Handguns work well in close quarters, which is another opportunity to use your airsoft revolver. However, always mind the limits of muzzle velocity in force. If you choose a revolver as your primary ASG gun in a CQB scenario, you must select an appropriate model, probably powered by green gas. When choosing an airsoft revolver, also pay attention to magazine capacity and possibility of installing additional accessories, such as sights. This will allow you to increase the usability of your ASG revolver and give you better chances on the battlefield. A belt-attachable revolver holster will also surely come in handy - so that you’ll always have your backup airsoft gun within easy reach.

Browse the airsoft revolvers available in our offer!