Bakelite - the Russian gear optimists wet dream. Especially the ones that live with the words "Nyet, the rifle is fine". For the other AK owners - bakelite magazines are still an exotic and quite exciting accessory for their airsoft replicas.

What makes it so unique?

These legendary AK magazines are made of bakelite - a kind of polymer that is made of phenol-formaldehyde resin. It was the first type of polymer magazines, which were far less heavy than their steel brothers, and we all know what all the grams mean in the middle of the job. Thanks to its special composition of materials, it had a characteristic red/orange/woody color with a lot of irregular patterns of its surface, that looked like wood. Of course, due to the costs of black paint, they were kept in their original color until the plum and black polymer magazines came. However, we all love the retro looks, don't we? ;).

A moment ago, the bakelite magazines were quite cheap and easy to obtain, however, it gets harder and harder nowadays. The rule is that the further you live from Mother Russia, the harder it will be to get your hands on the precious bakelite. And even if you get one - you'll still have to heavily modify it for the low cap/mid-cap BBs magazines. But the final effect is incontestably freakin awesome! 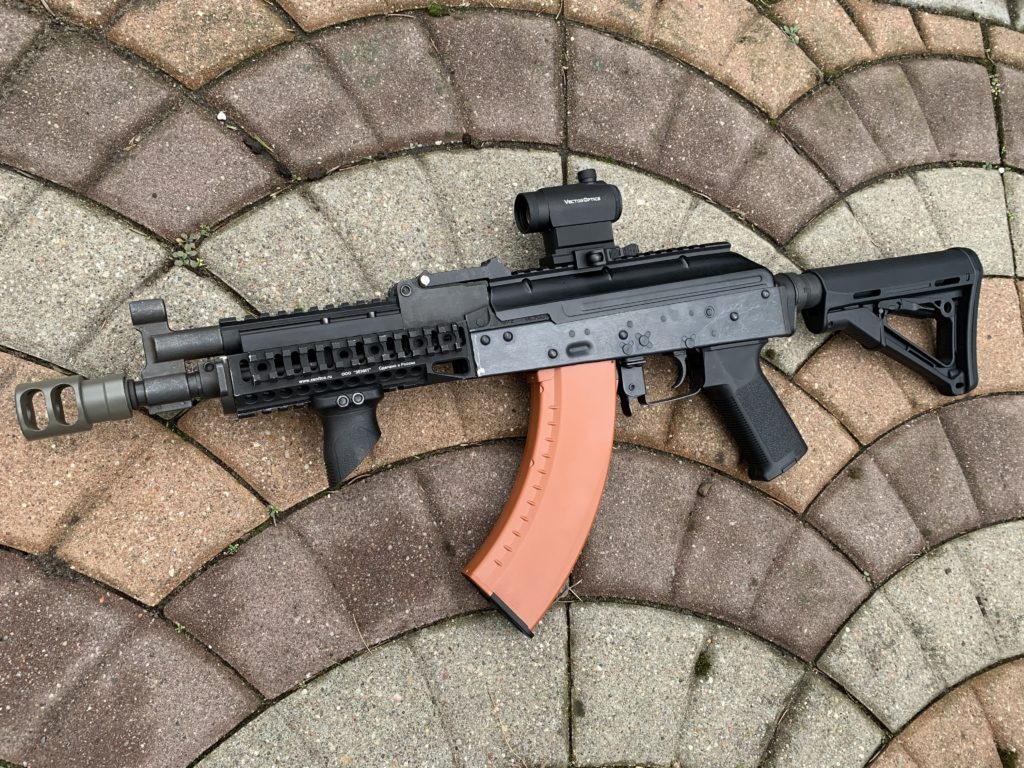 If one's not into looking for and modifying the original magazines, the case is still not lost. Airsoft producers are already making lots of types of orange magazines that are "quite" lookalike of the bakelites. 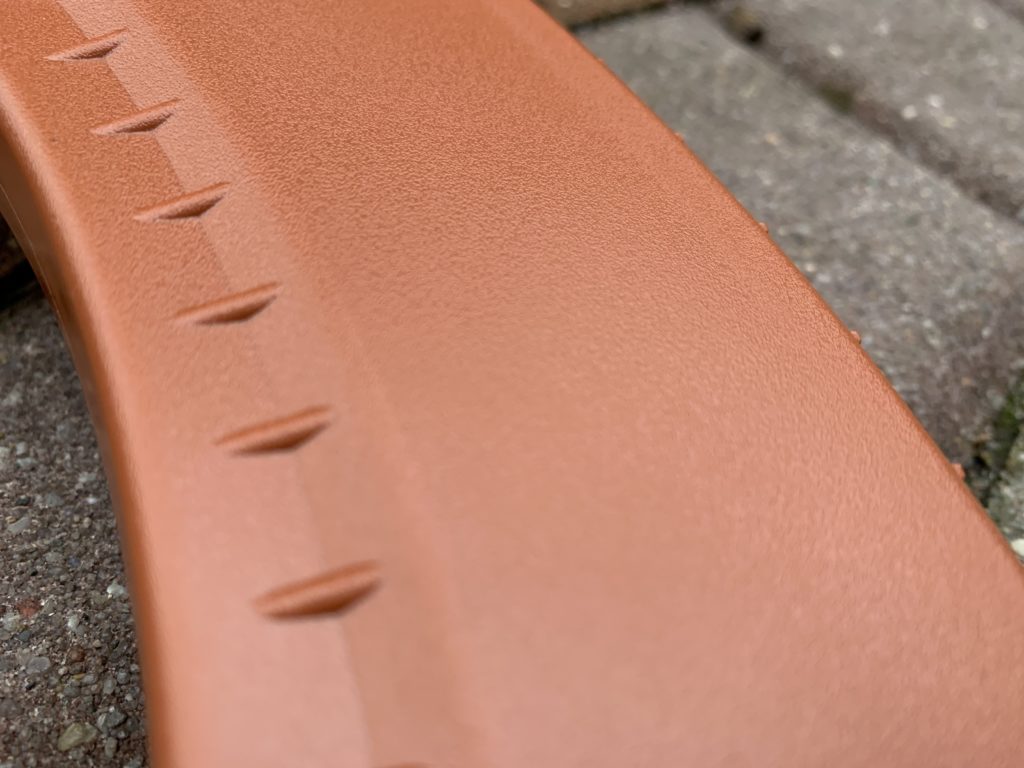 But there is a one, little tiny detail about them... They're just ugly as hell. They're made of an orange matt polymer, often with a rough texture. But where is the need, there is also an idea and the solution to the problem. So here comes the fakelite - the art of doing bakelite lookalike from standard polymer magazines. It's a common modification not only in the airsoft world but also with the real firearms!

Without further whining, let's get to the main part of the guide! What and how? 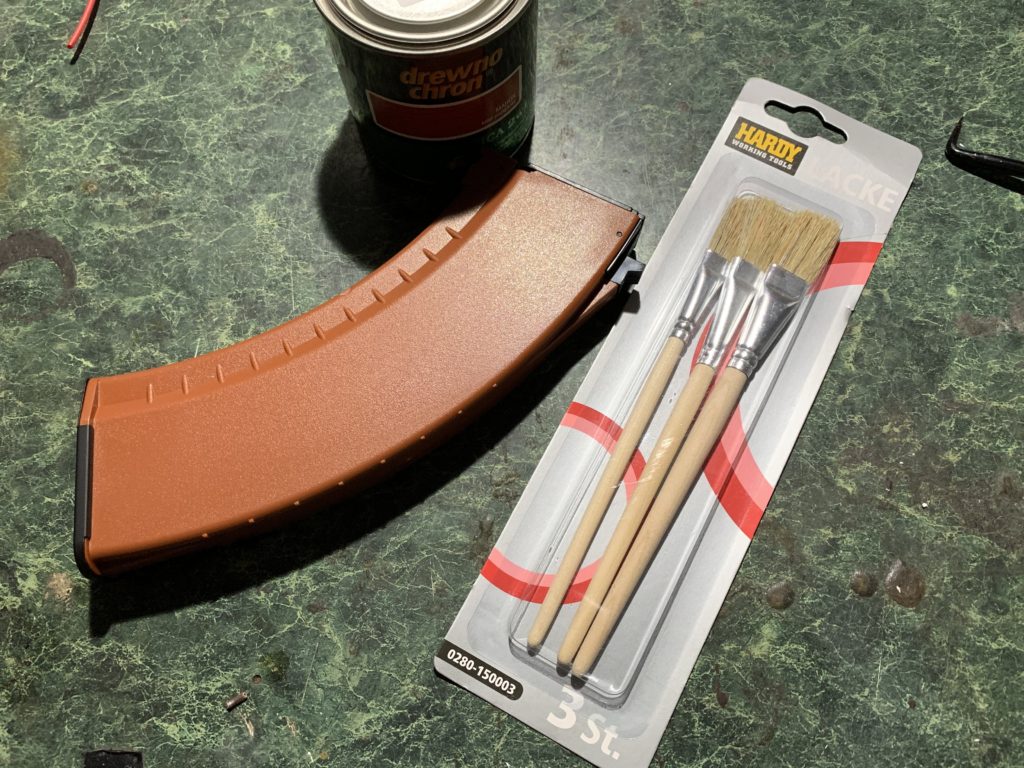 First of all, we need some AK magazines. My patients will be AKM mid-caps by CYMA. Of course, the orange ones.

The other 4 ingredients are:

Let's start with disassembling the magazines. Remove the two upper pins and then slide of the steel baseplate. The inside of the magazine should come right off. 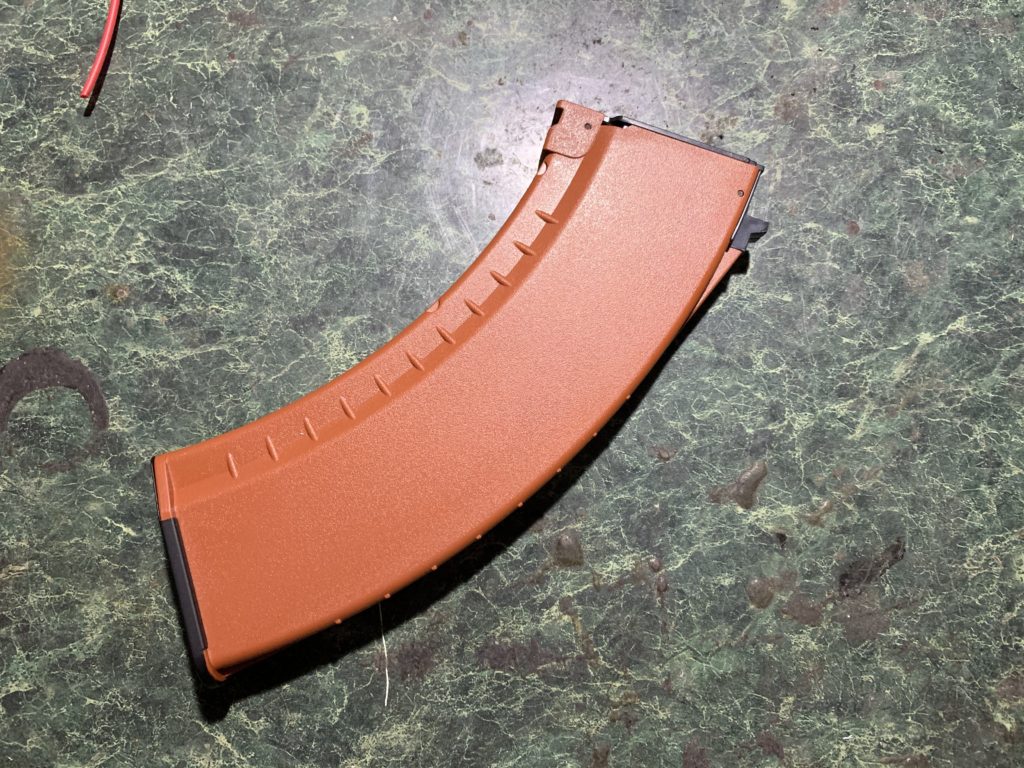 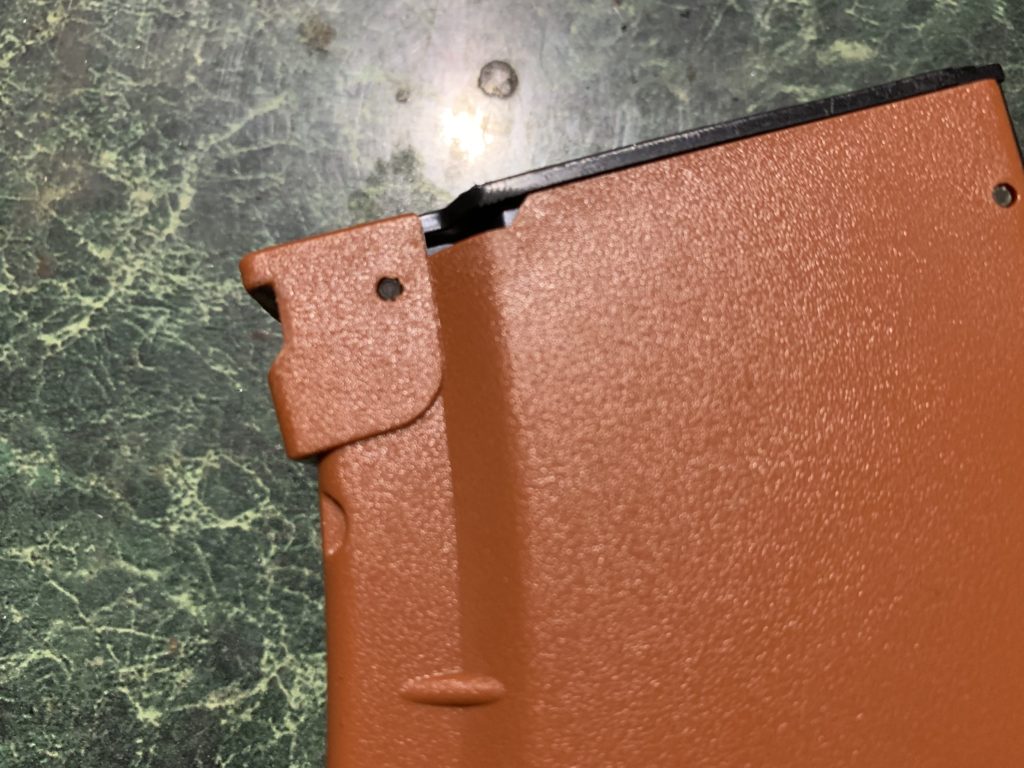 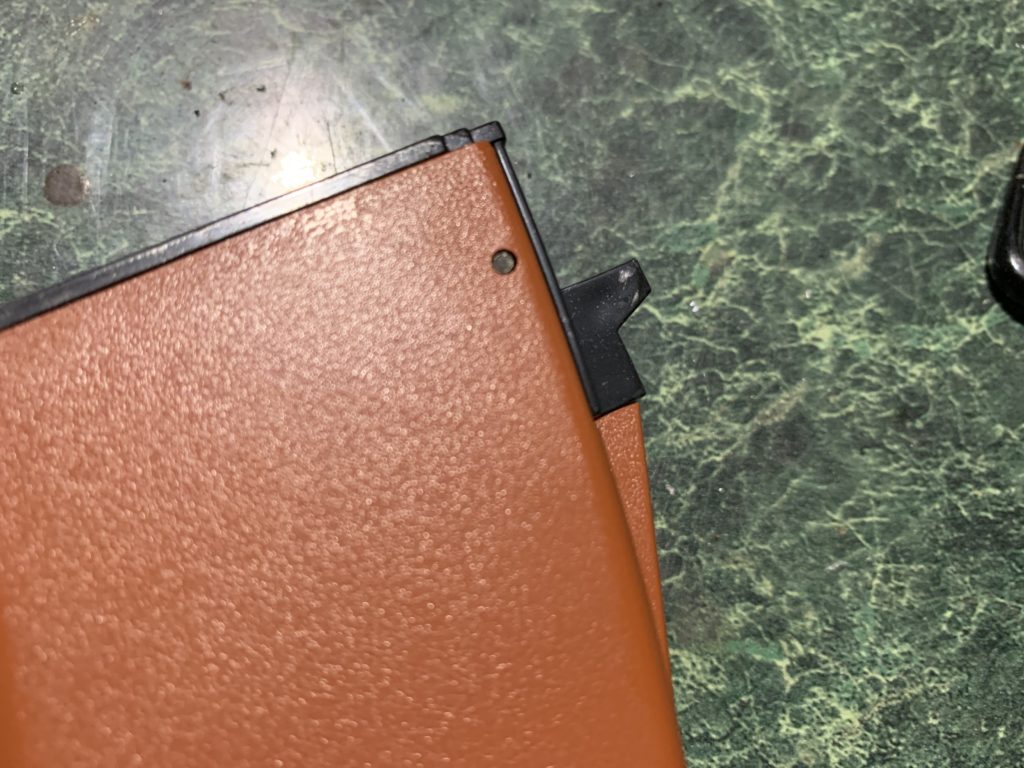 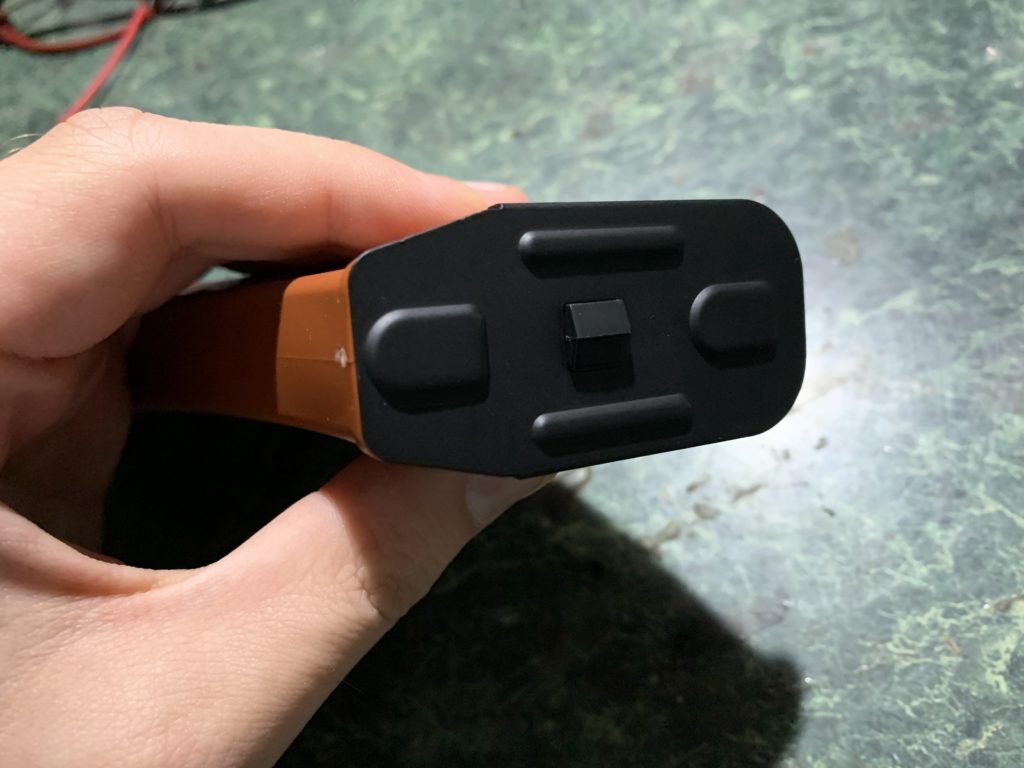 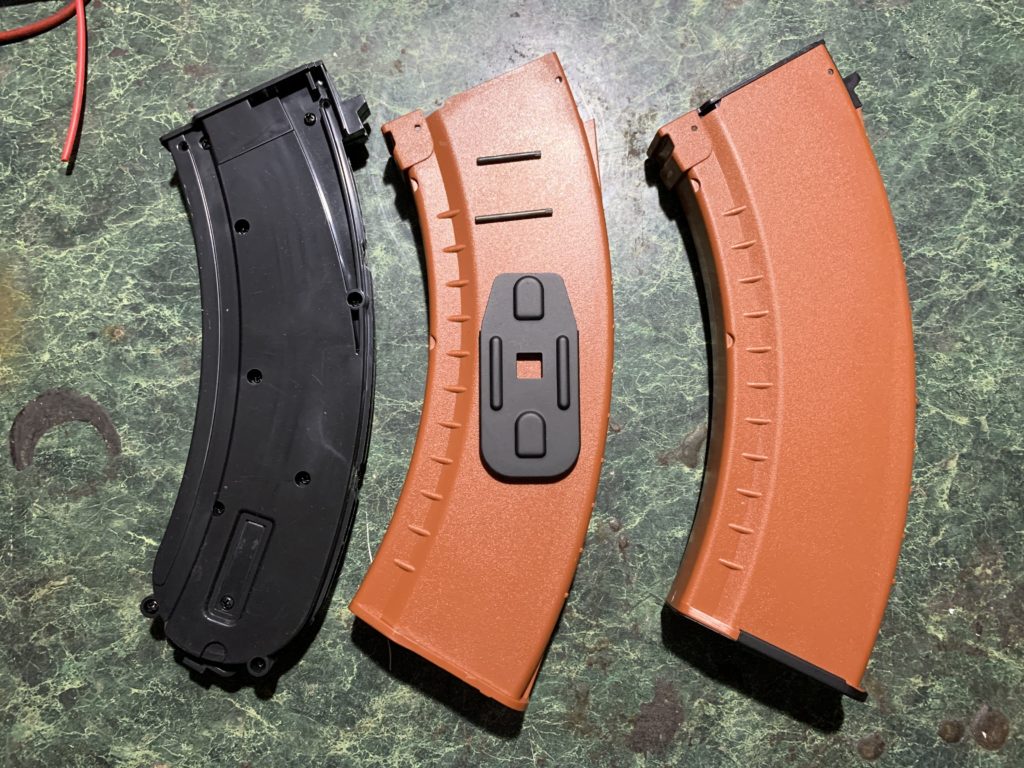 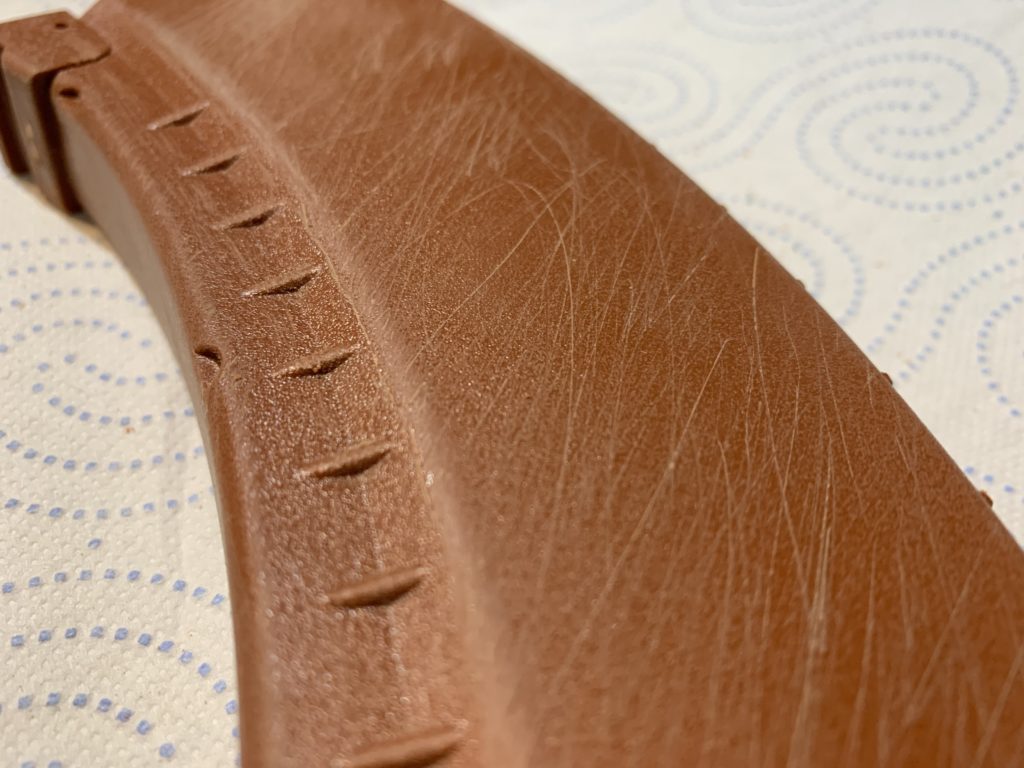 The next step is to smoothen the shells texture with the fine sandpaper. Last thing to do is to degrease the surface for the painting. 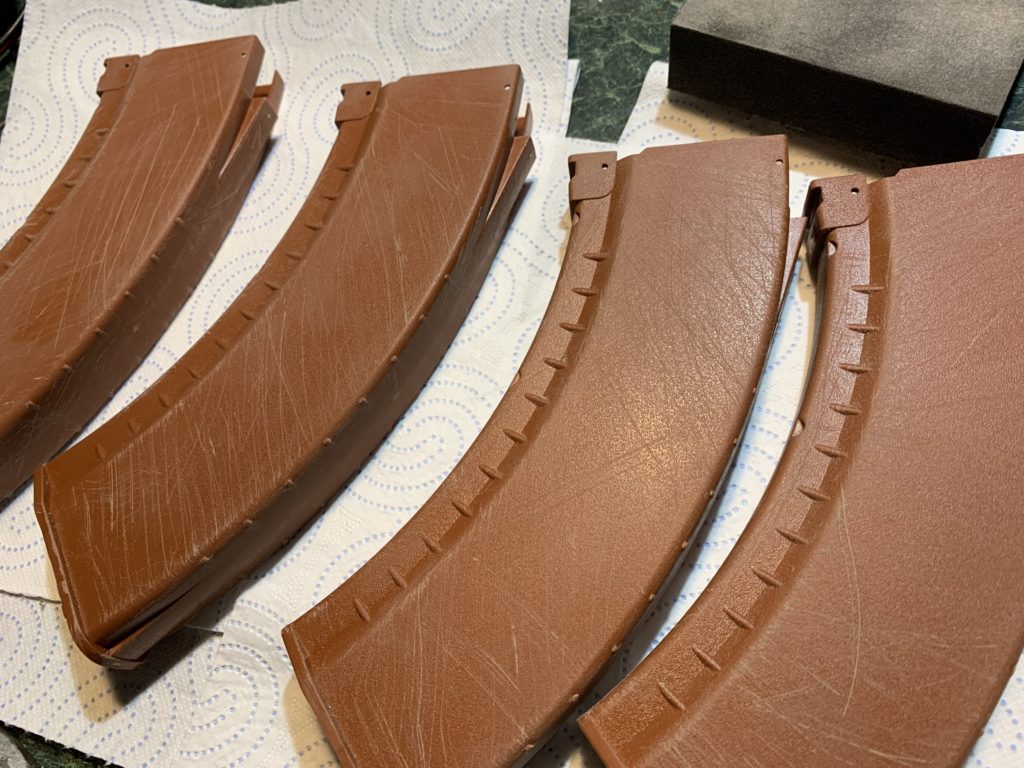 Now apply a few thin layers of the wood varnish. Between the layers, let them dry for a while before applying next one. Repeat until the final effect is satisfying to your eye. Beware - the longer you let the varnish dry, the better. The perfectionists can also wipe each layer with some paint remover, to make the basic orange color more standing out. 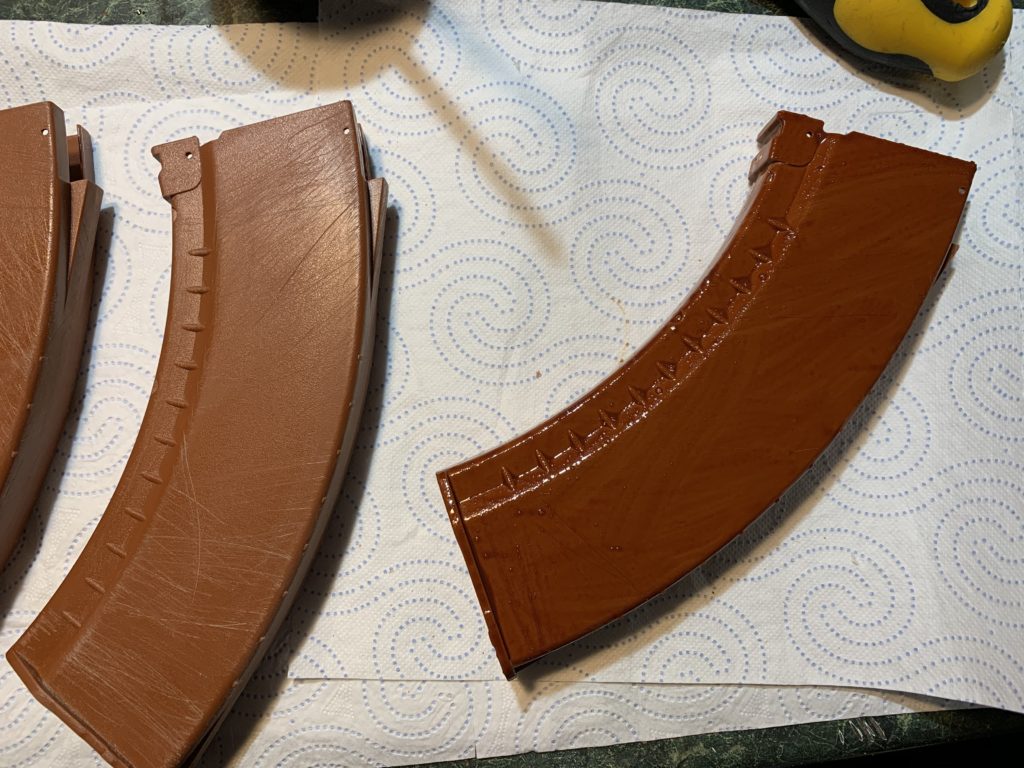 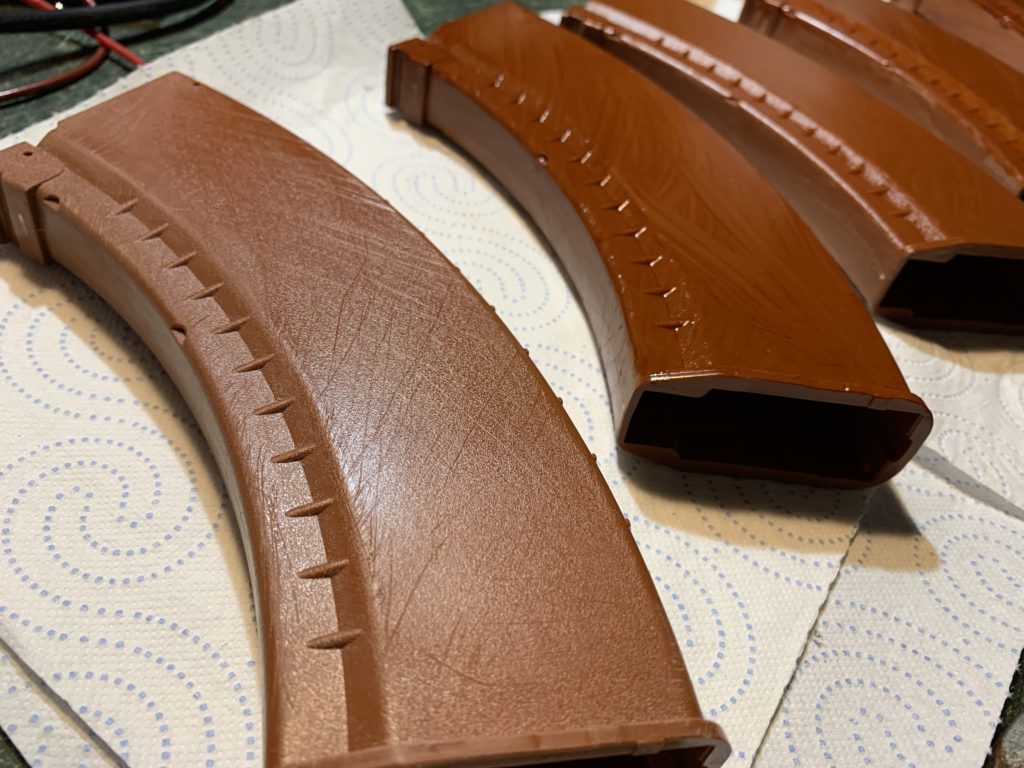 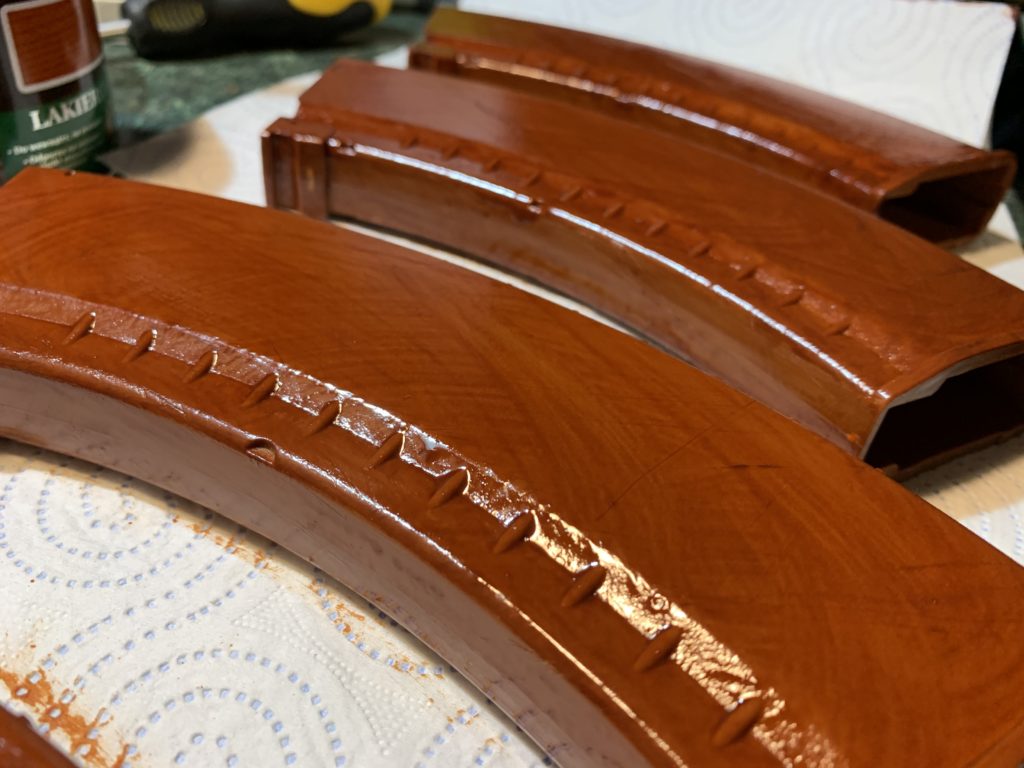 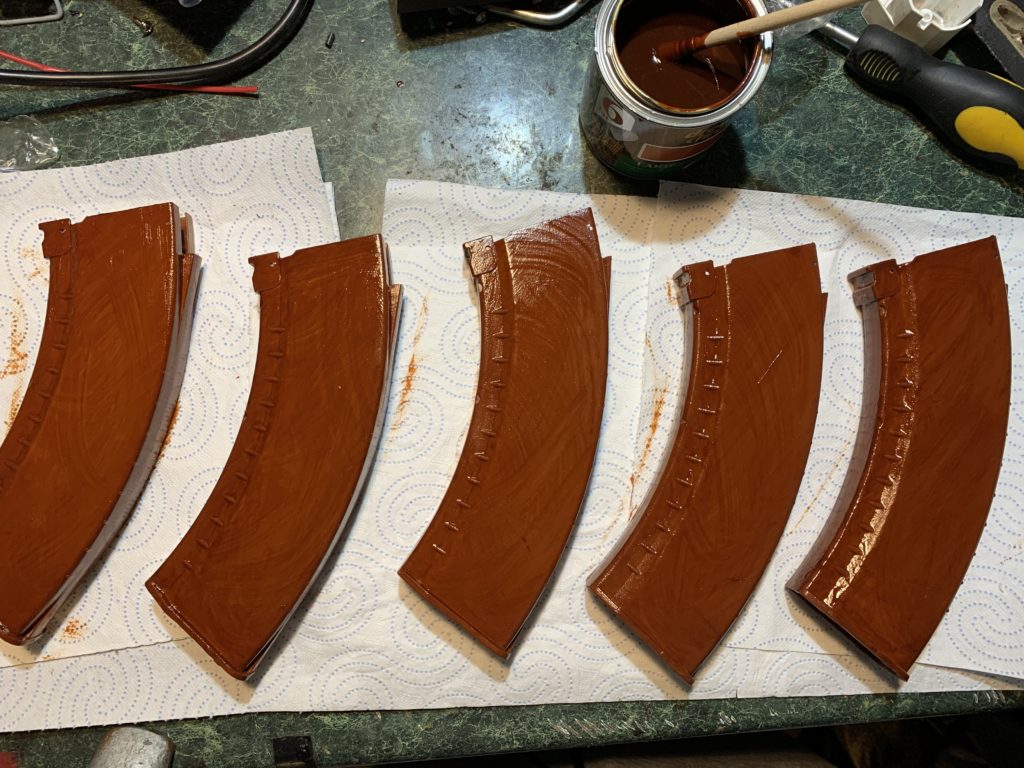 Leave the magazines alone for the exact time that is said on the wood varnish package. In my case it was about 4 hours, however it wouldn't hurt to expand this time to at least 12 hours.

Put everything back in reverse order and have fun with your fakelites :) 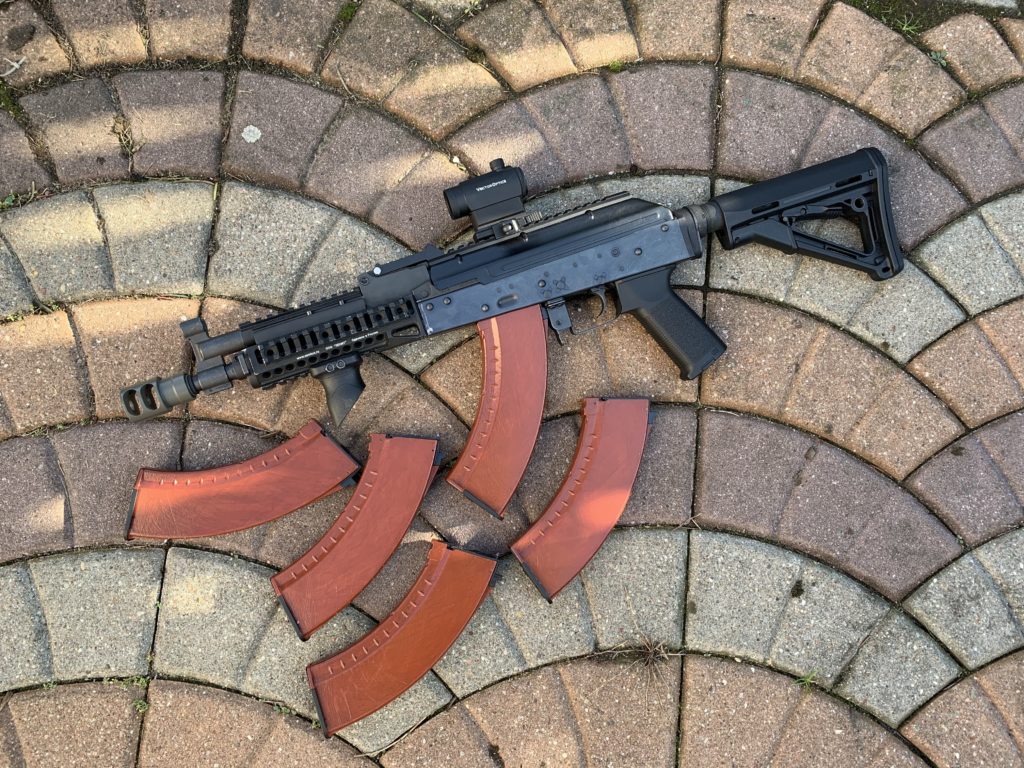 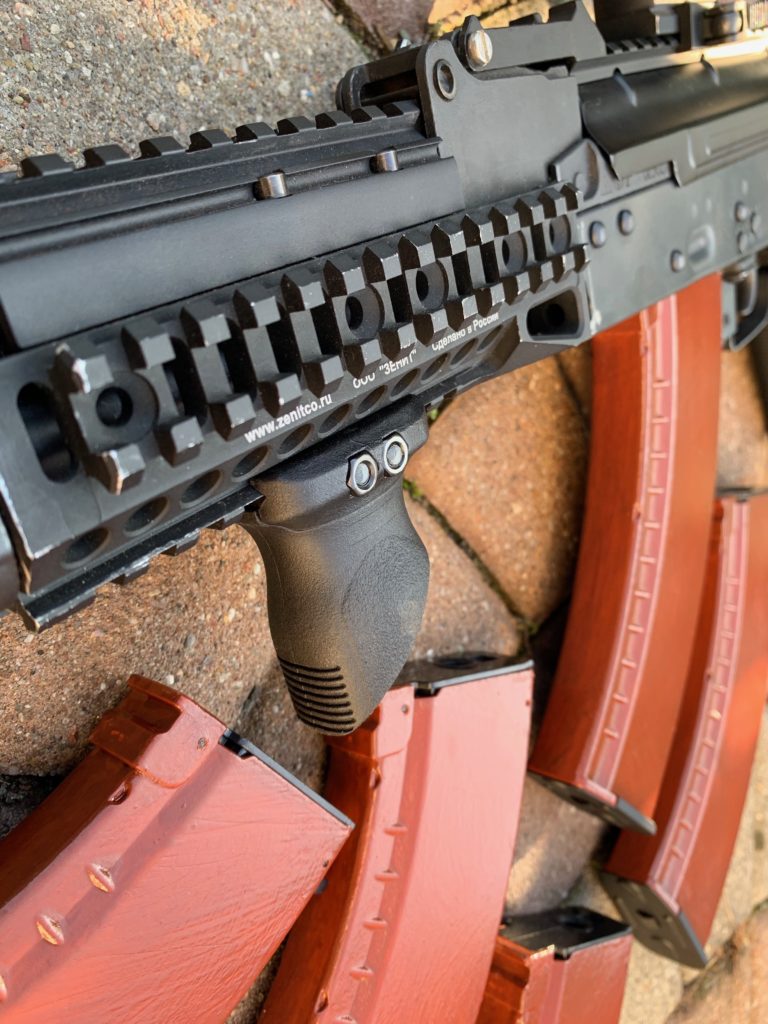 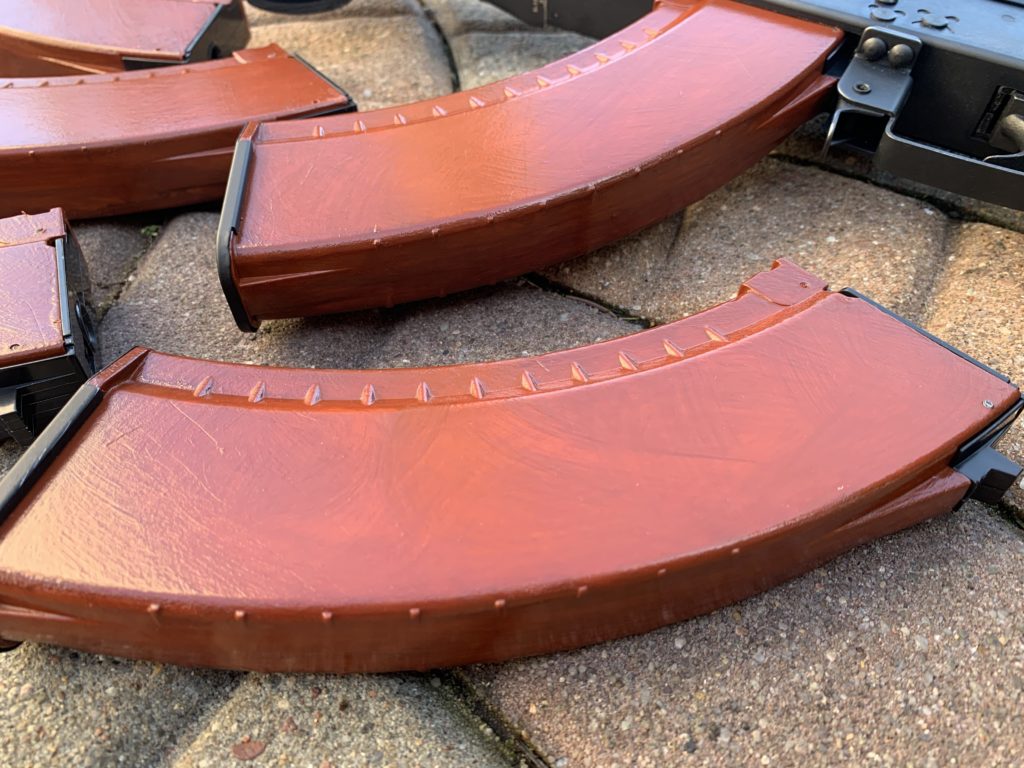 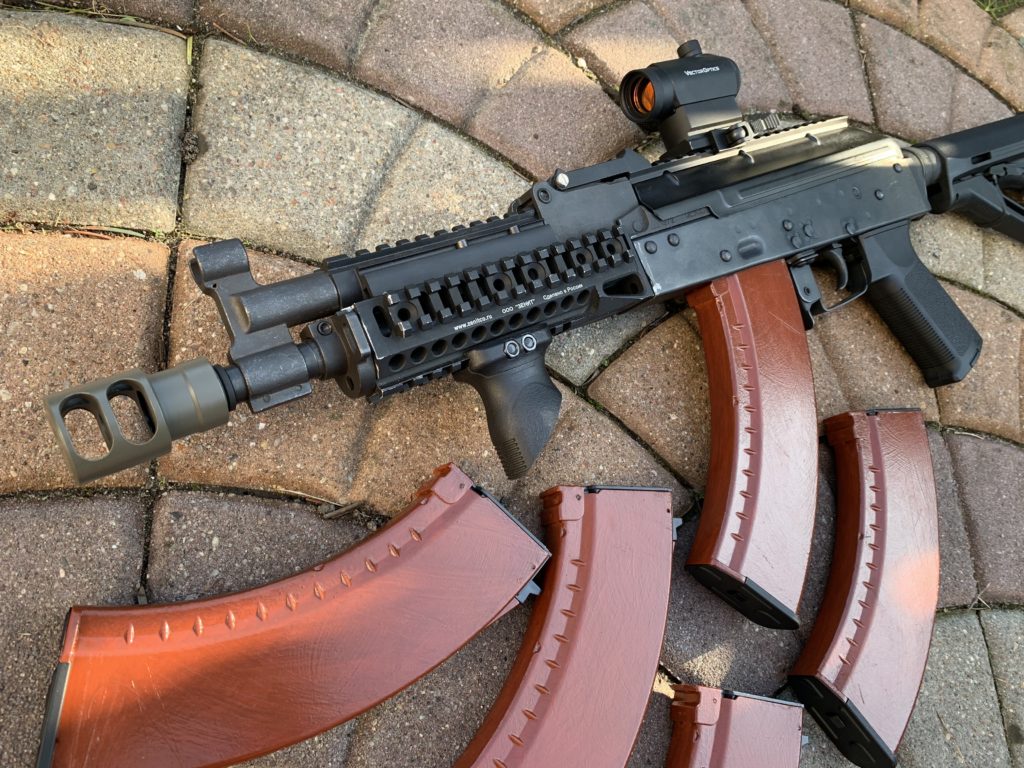 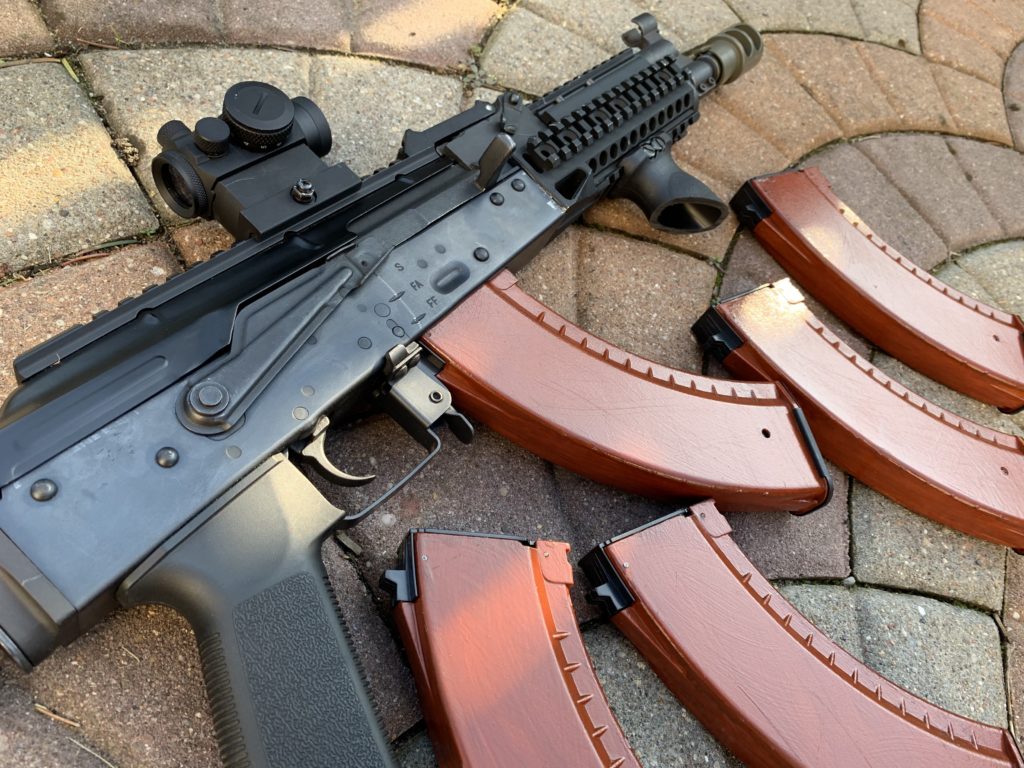 You can sand off the magazine ribs if you want a more kosher look - I simply don't really care about that. My AK is already an abomination - it's a copy of US AK, that is trying hard to be a Zenith AK, so nothing's OK here :D.

If someone doesn't have magazines in orange color, the case is not lost yet - just prepare their surface with sandpaper and degreaser, then apply orange paint. Then apply the varnish bruhstrokes and voila!