No matter if you use real/low or mid-caps, all of them has a spring with a follower inside and a tunnel in which it moves. Manufacturers usually lubricate magazines inside something that resembles silicone grease, in theory it is supposed to help the magazine to work smoothly (which partly does) but also acts as a magnet for all sorts of dirt that sticks to it and then with the bb can get into the barrel. Magazines are most susceptible to dirt, when we have a habit of dropping them on the ground when reloading or when we throw them into a drop pouch, but no matter how cautious you are sooner or later they can get dirty, and today I will show you how to quickly clean them, for example i will use mid-cap magazines for two most popular platforms, namely Ar15 and AK, the procedure is very simple and I think that everyone will can do it. 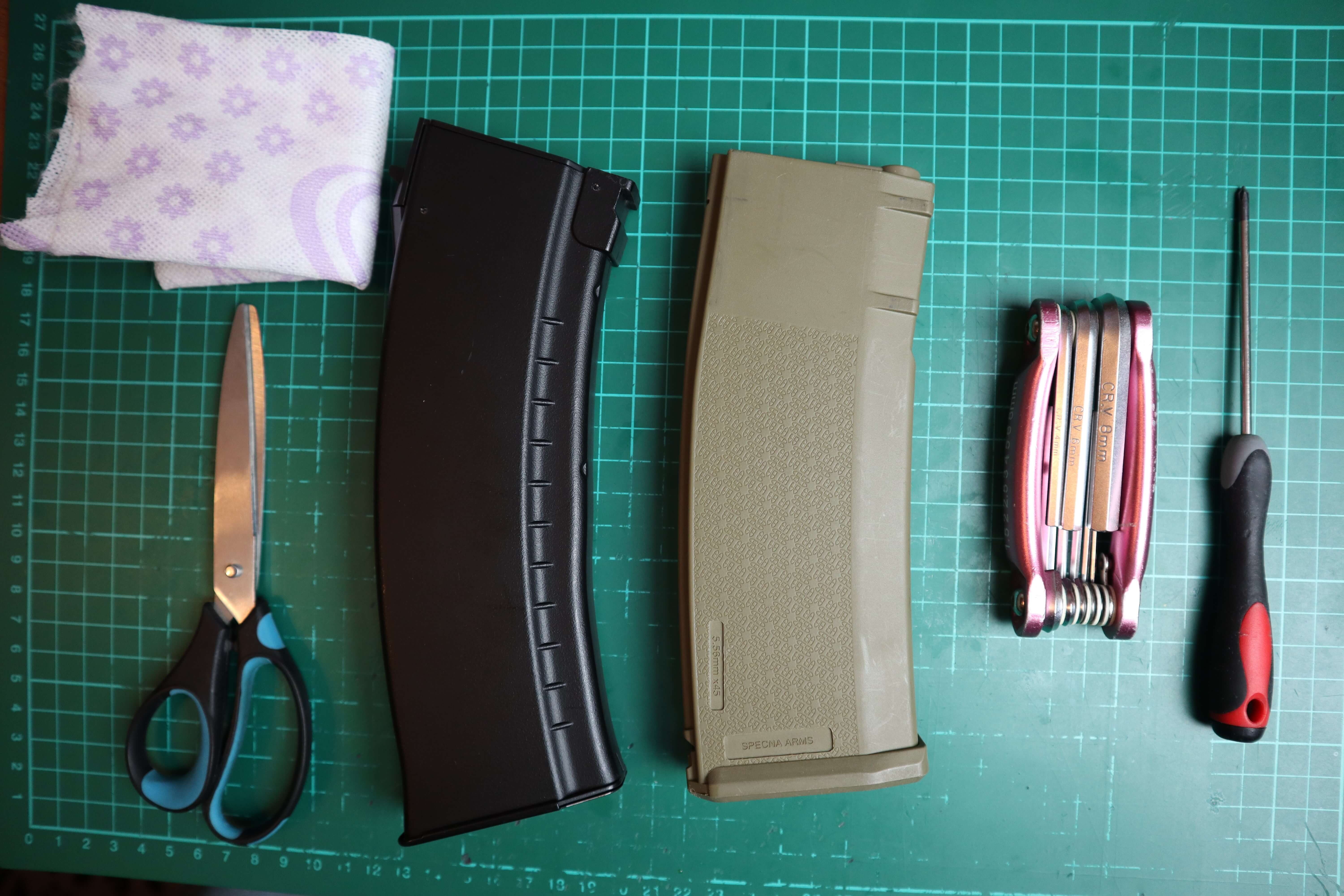 For cleaning I will use isopropyl alcohol, it cleans dirt very well and removes greases and glue, it evaporates quickly and does not leave a residue and degreases the surface very well. When working with isopropyl alcohol, be sure to use gloves and do so in a well-ventilated room. 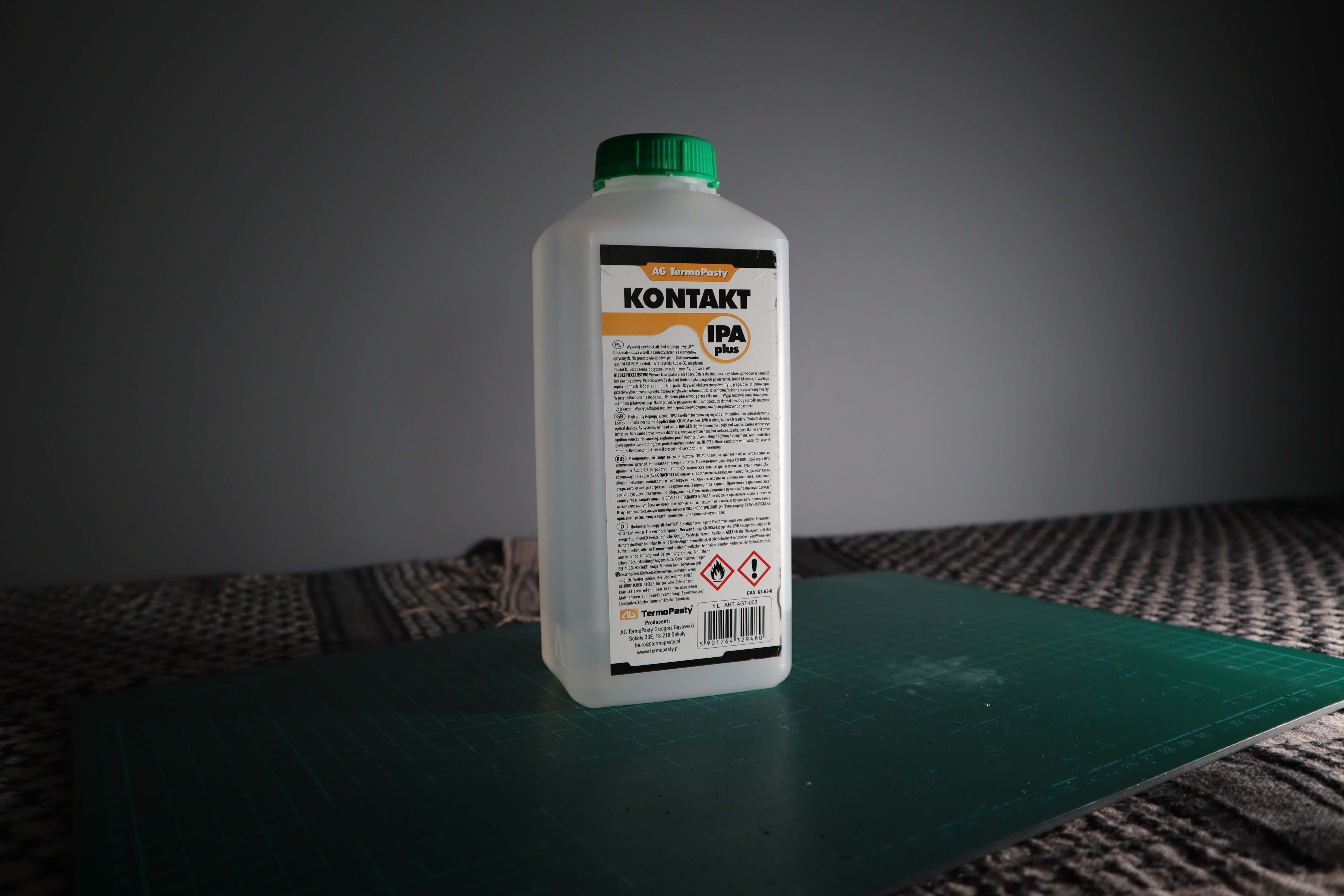 I'll start with the magazine for Ar15, in my case it will be a mid-cap for 125 bb’s the S-Mag from Specna Arms. 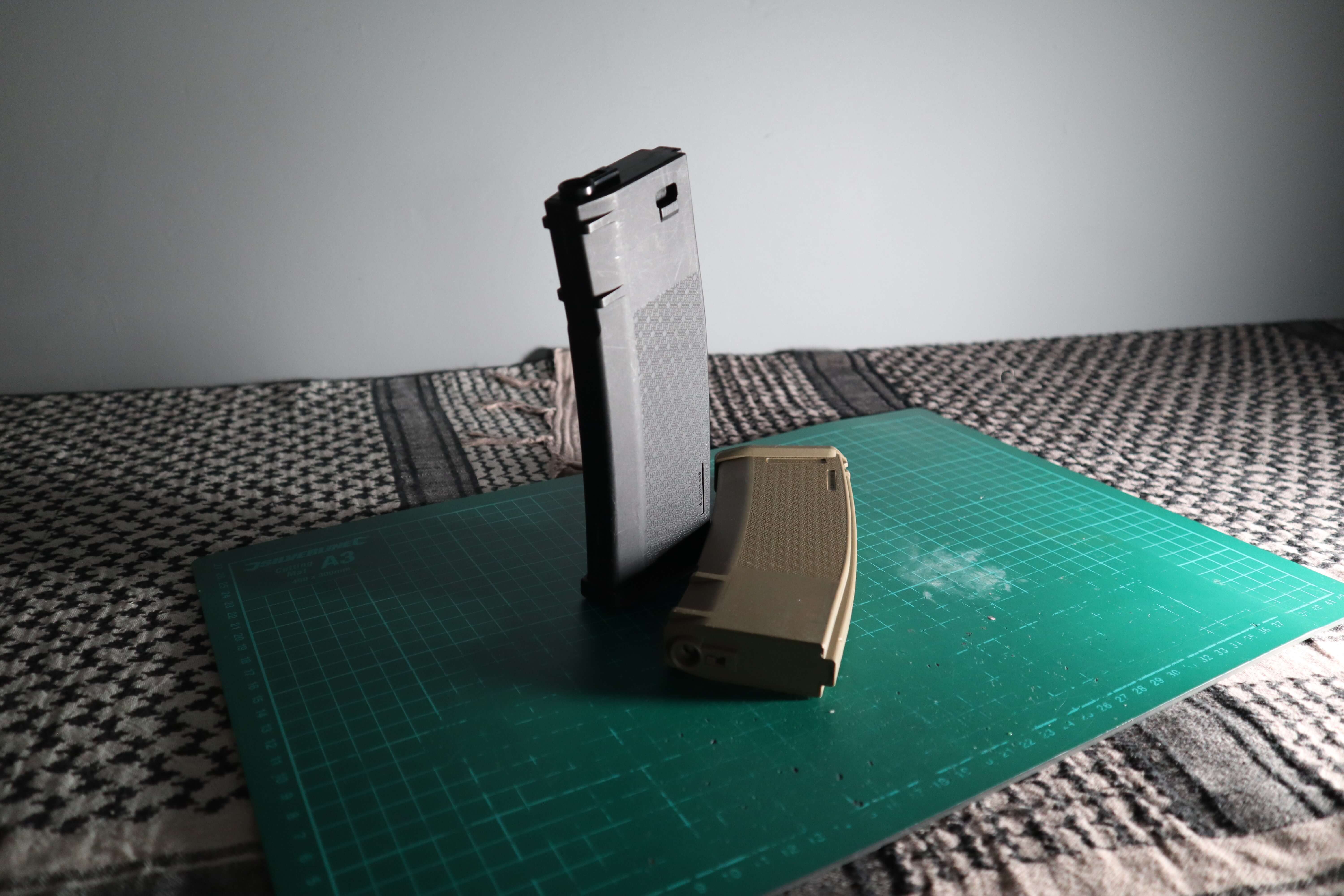 In the case of magazines for "m4" first we need to unscrew the screw on the bottom, in the case of S-mags it is a 2.5mm hex. After unscrewing it, we can slide the bottom to the front of the magazine so that we get access to the insert, which we have to push up. 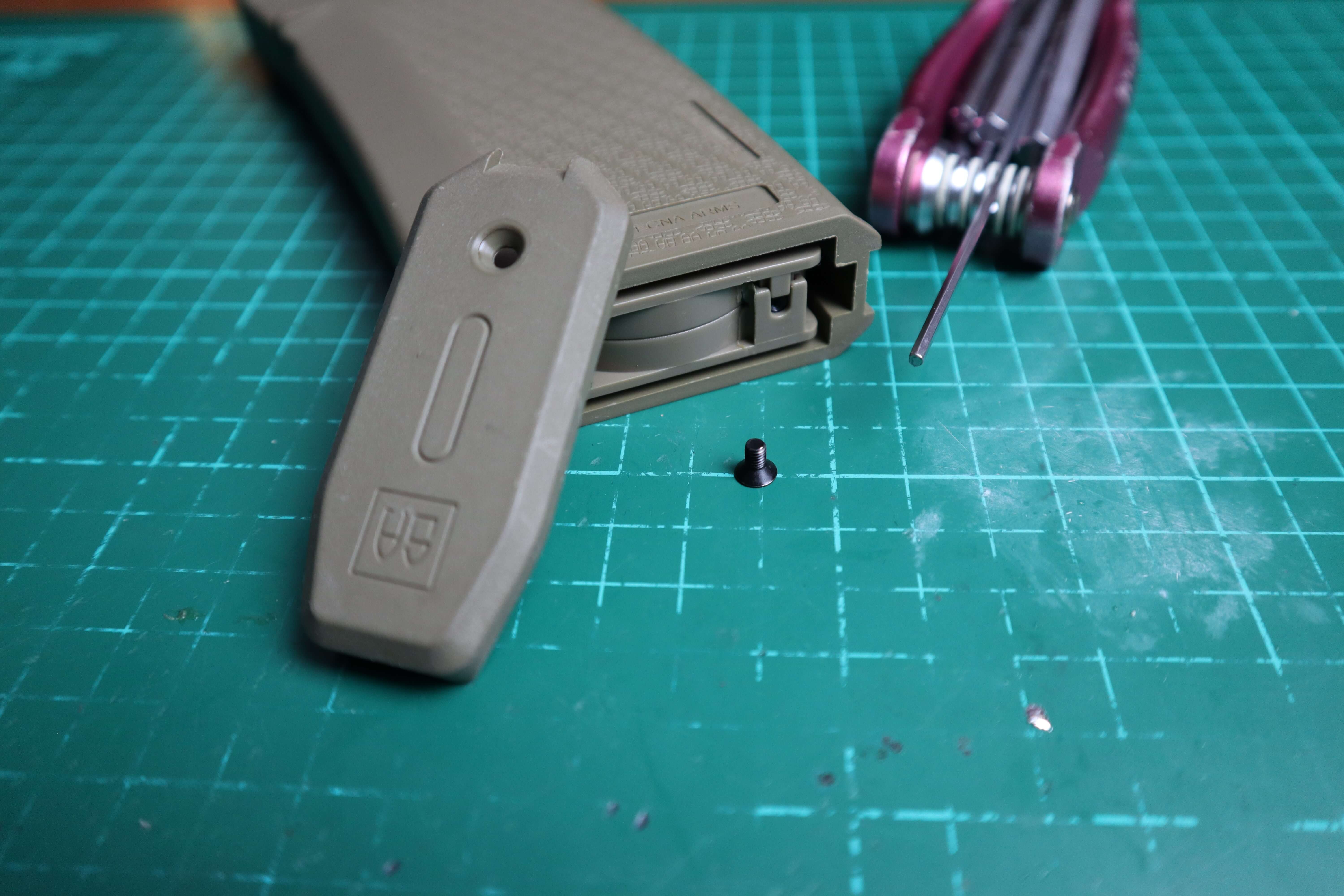 The insert, as you can see, has several screws on one side, which we will have to unscrew, but before we do it, I recommend pulling the spring out of the magazine. To do this, simply reverse the visible flap and lift its front upwards so that it comes out of the lock and behind it comes the spring. Look out however, because the spring is compressed and can shoot out. 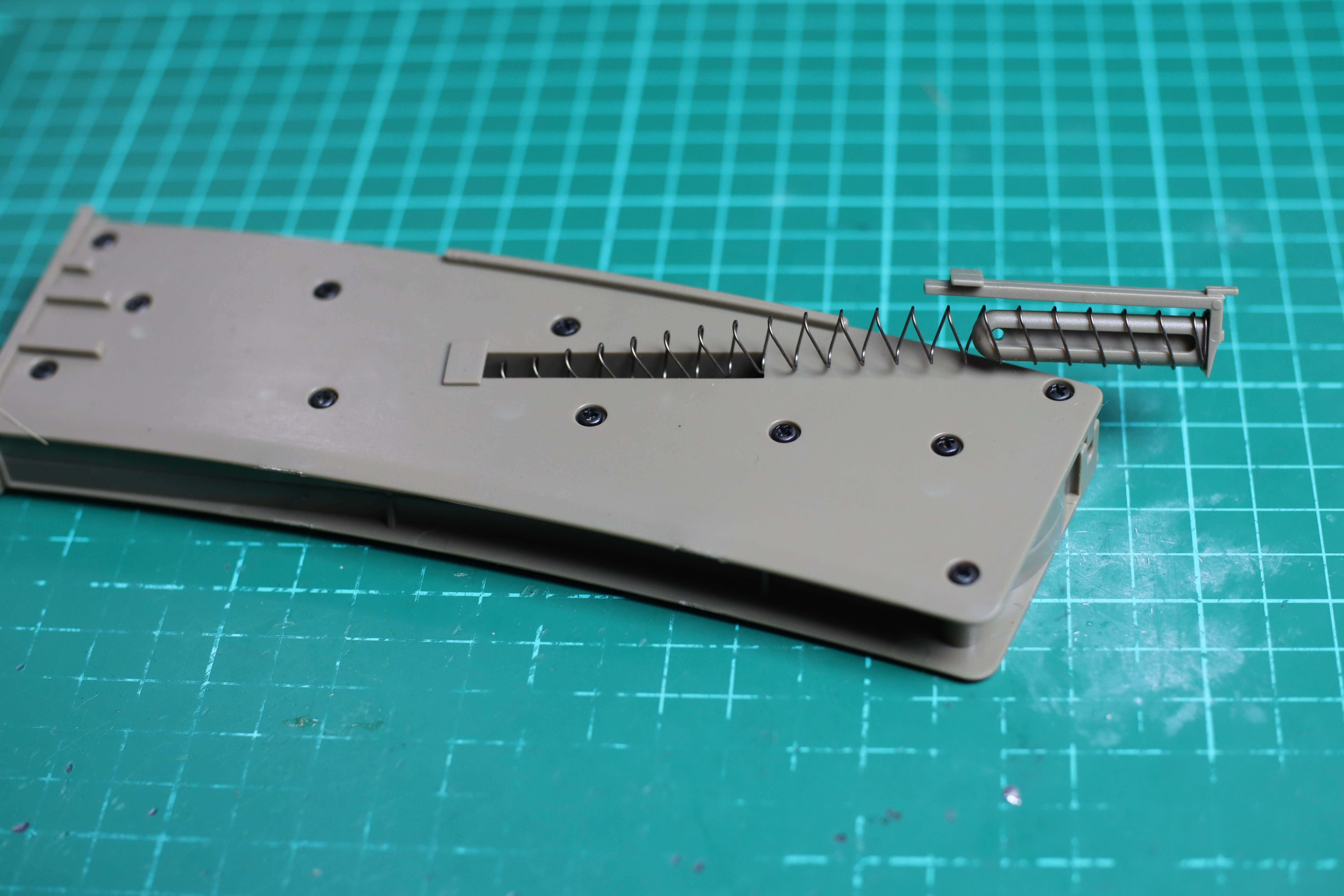 After we take out the spring, we can unscrew all the screws connecting both halves. 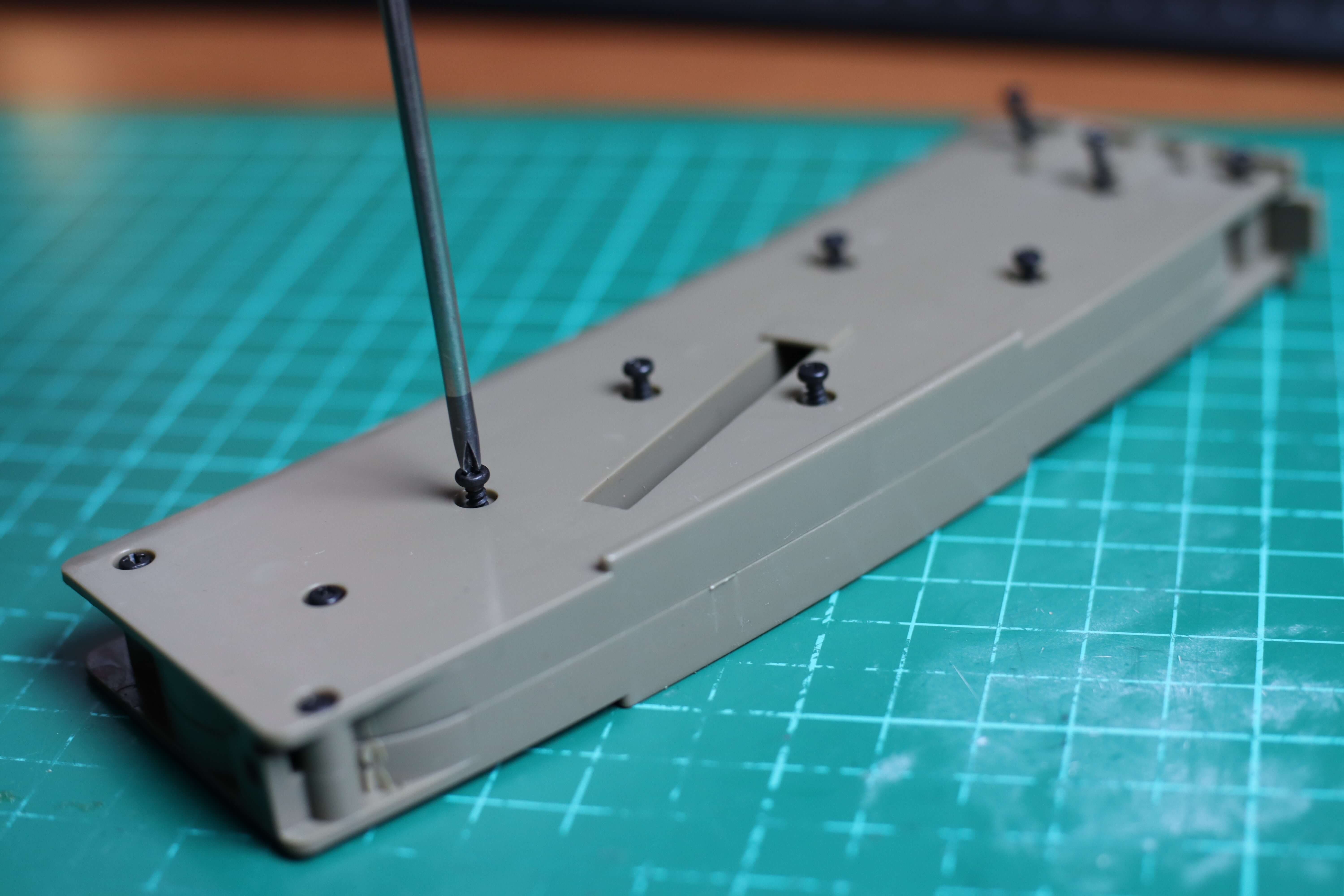 Before we start cleaning, I recommend removing the locking notch which is located at the top of the magazine outlet and which is easy to lose. 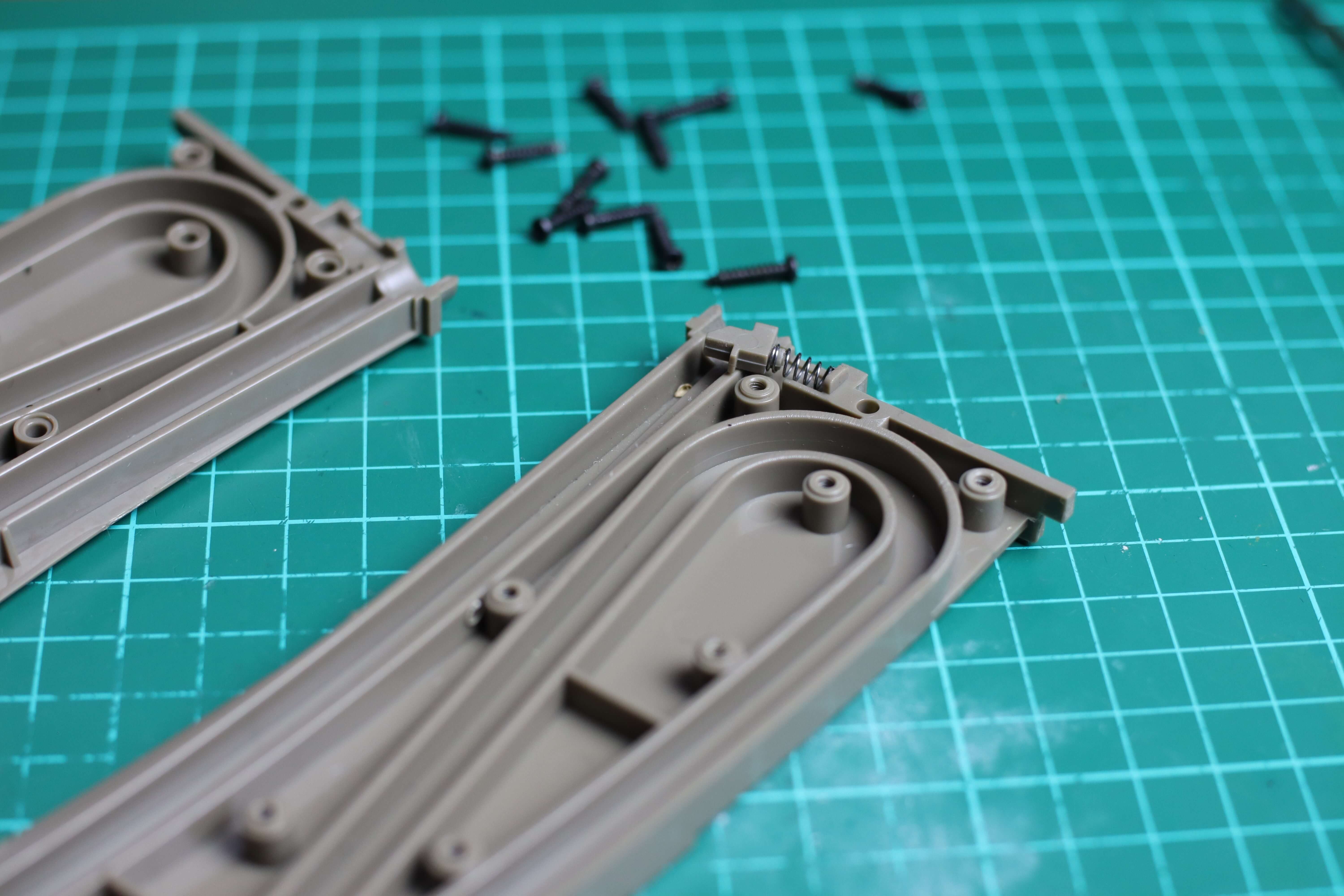 As you can see, it is not bad, the magazine is slightly dirty only at the top, but it is probably because it only saw a few games.

Now we can start cleaning, for this we need a cloth that will not lose lint, so I recommend something made of cotton, I personally use cotton towels in a roll, from which I cut smaller pieces. 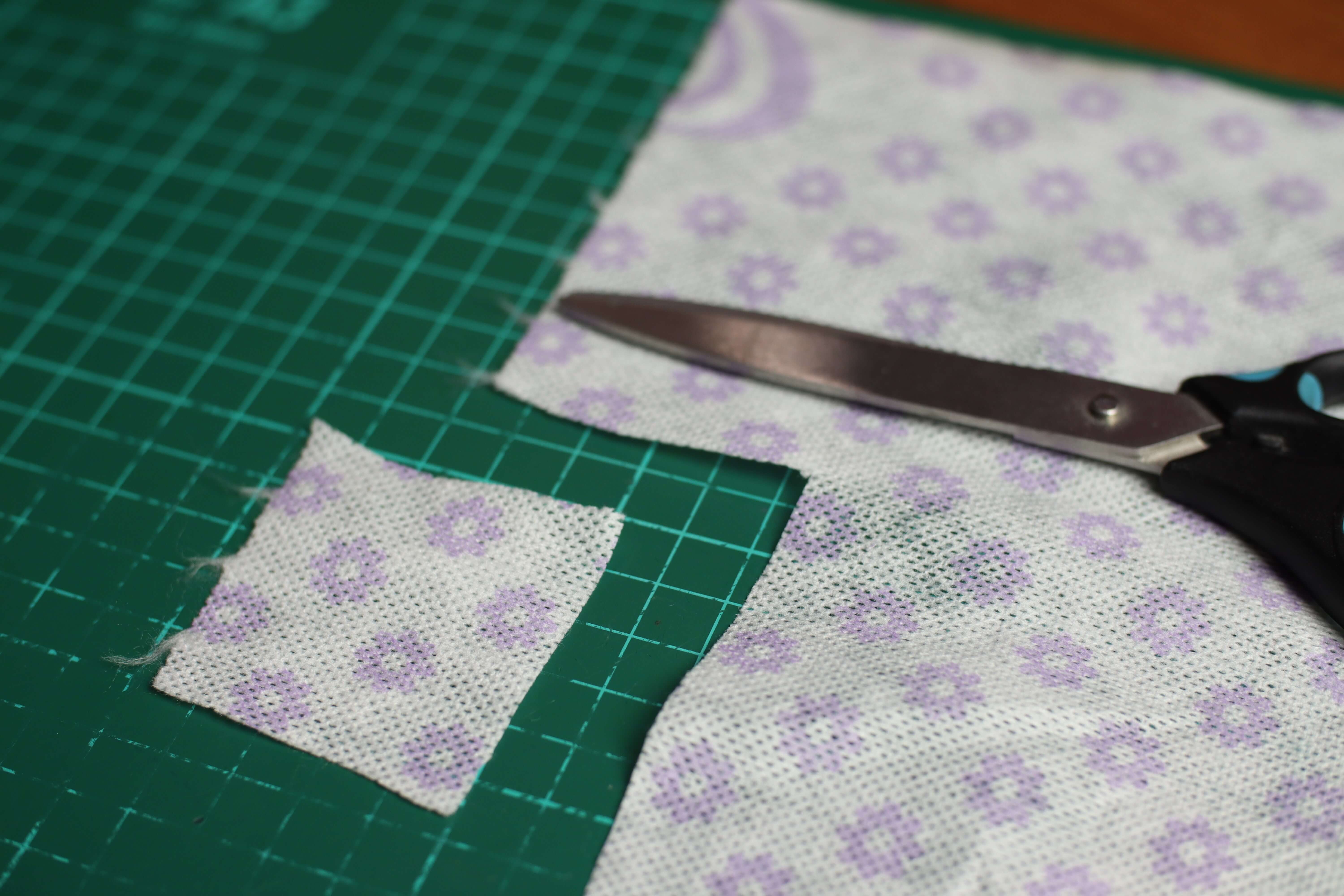 Put your gloves on and soak that piece of cloth in isopropyl alcohol and squeeze the excess, it makes no sense to flood the magazine with it.

If the magazine has some loose dirt, I recommend that you shake it out or blow it out with compressed air, if it’s only slightly dirty we can take care of cleaning the tunnel, several times we wipe the cloth with its entire length to remove all dirt and the original lubricants. The S-mags inside are rather dry, but as you will see later, other manufacturers add a little lubrication. 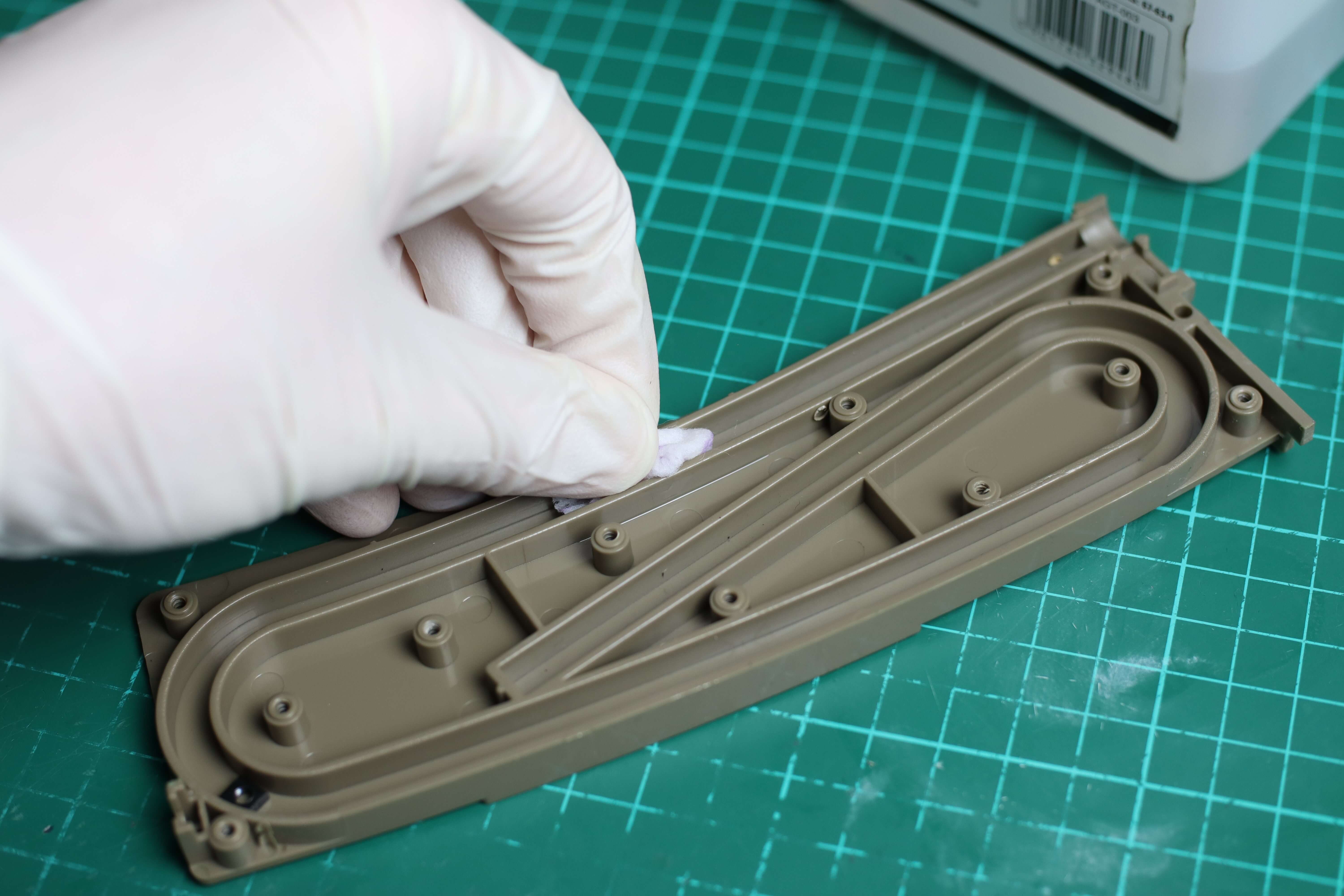 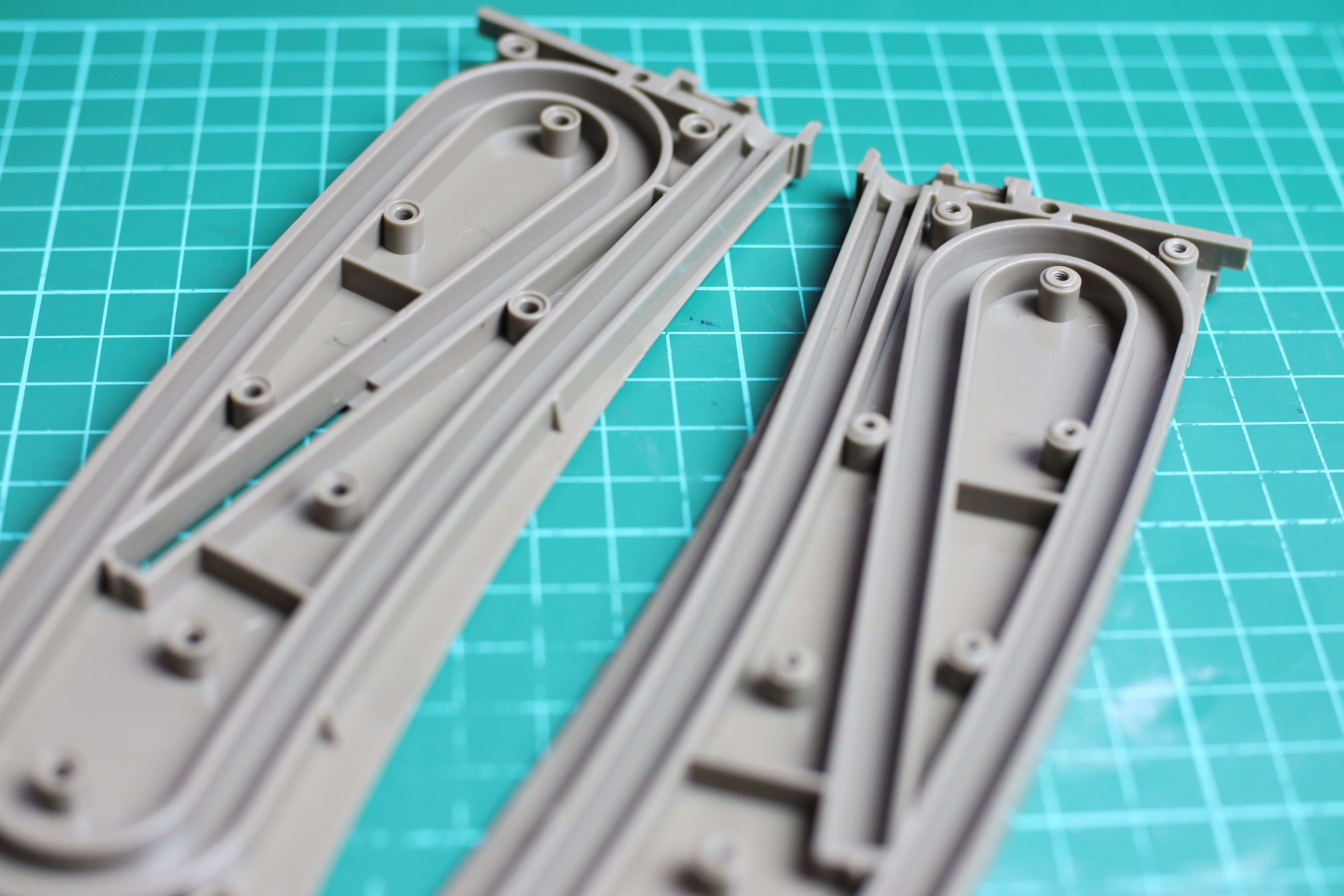 In the meantime, we can take care of the follower and the spring, which I also recommend to clean, especially if it’s covered with lube. 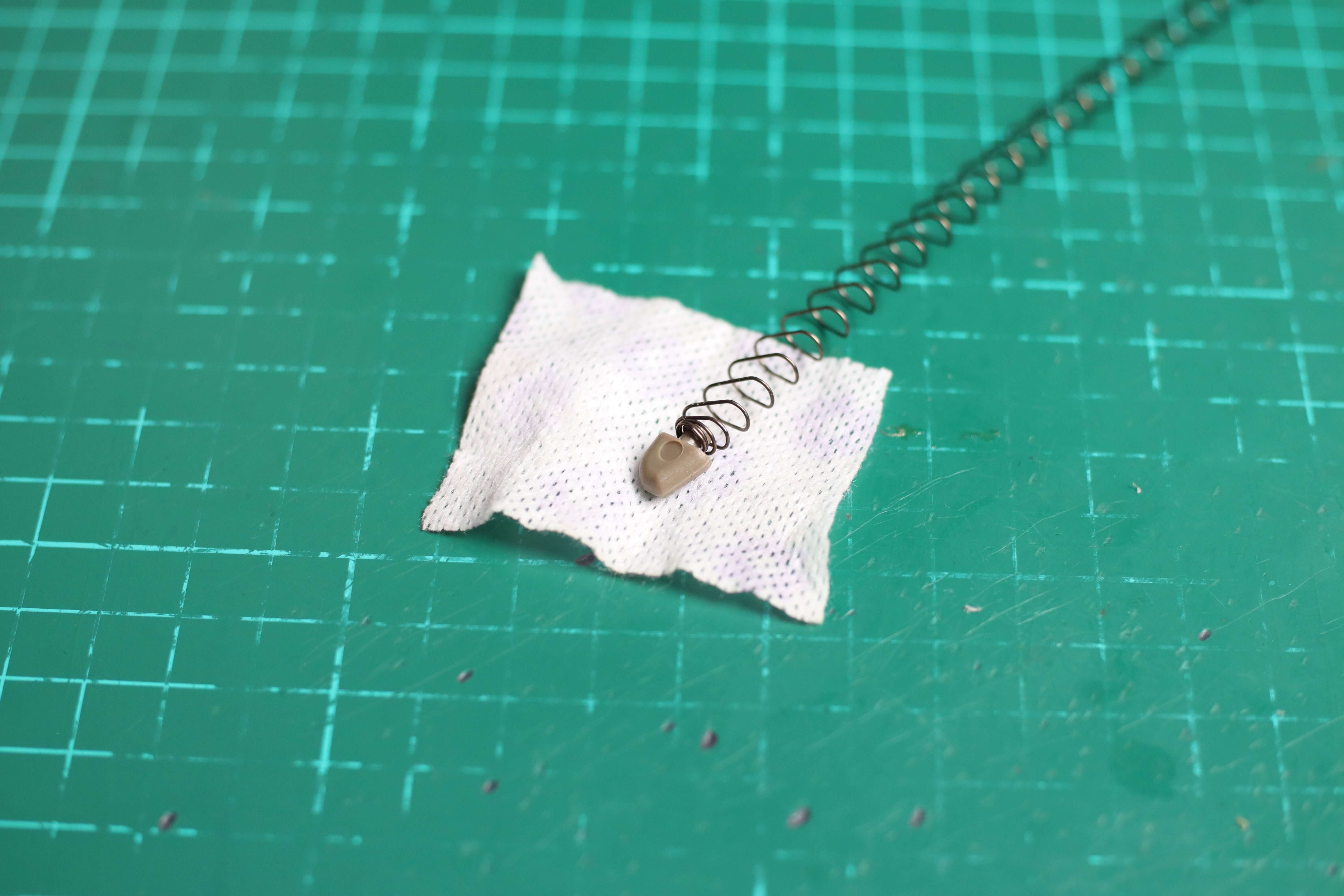 If everything is clean, just reassemble the magazine and enjoy the job well done. 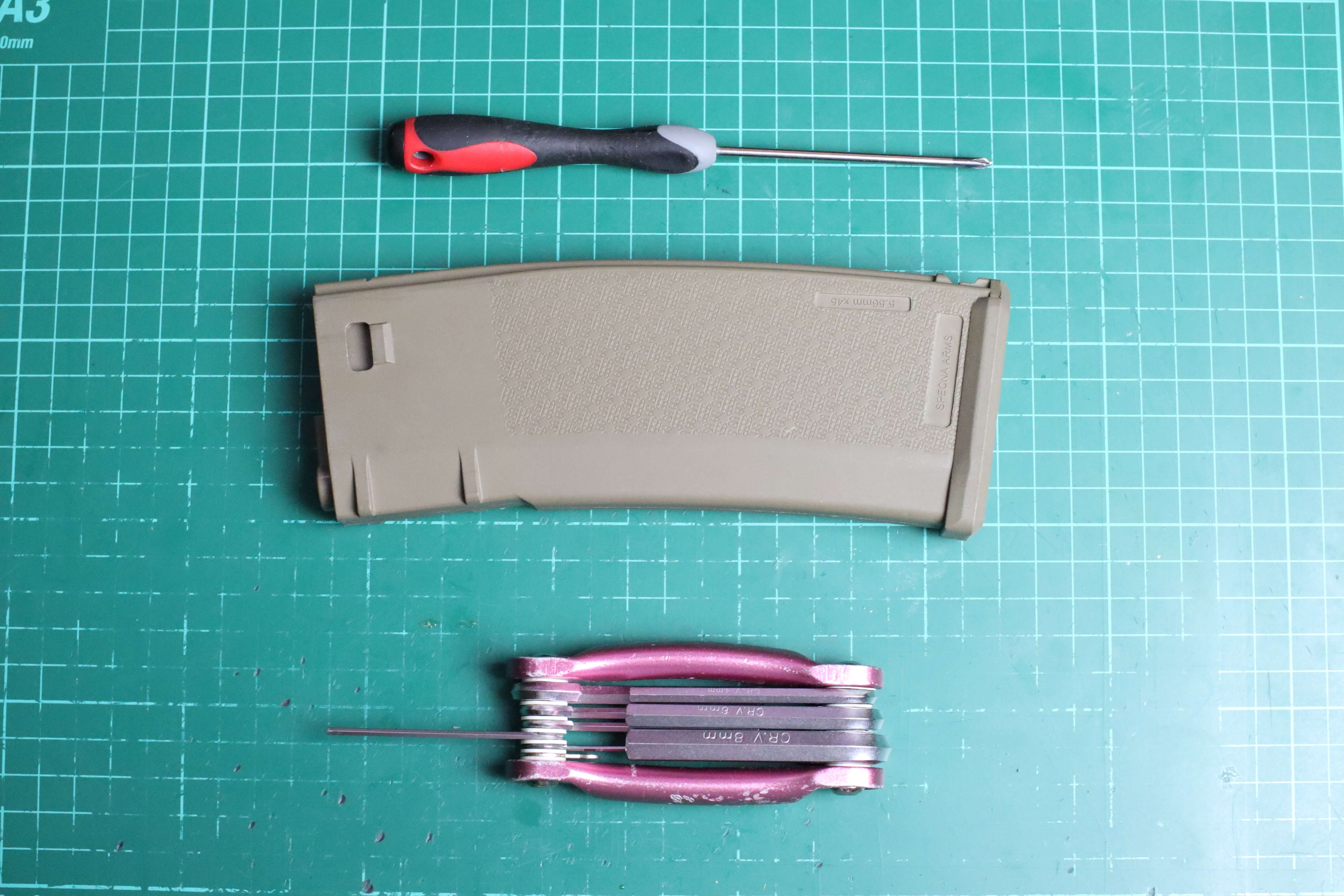 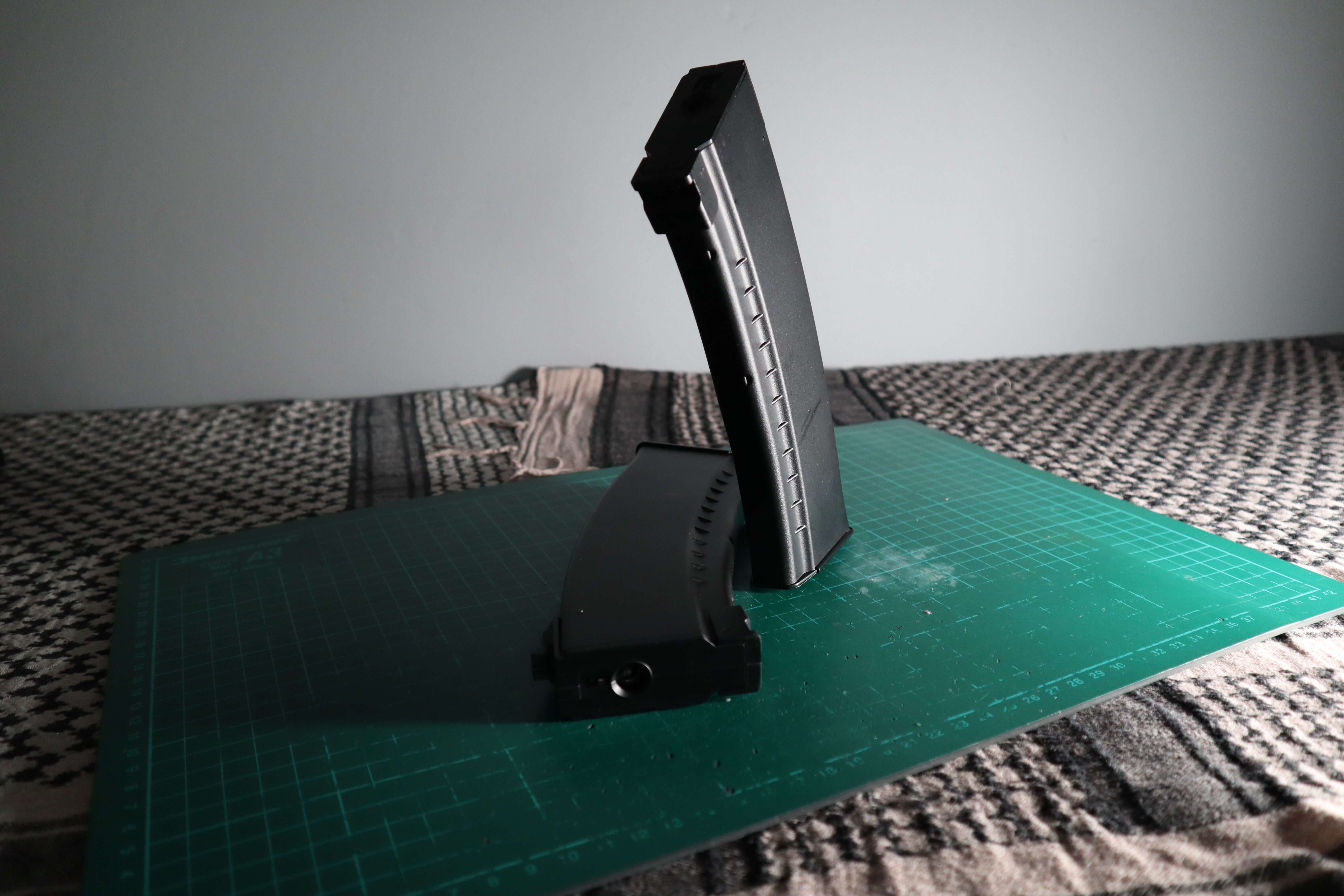 Before I get to the summary, I would like to show you how to clean a AK mid-cap, in this case the  Cyma AK-74 mag. 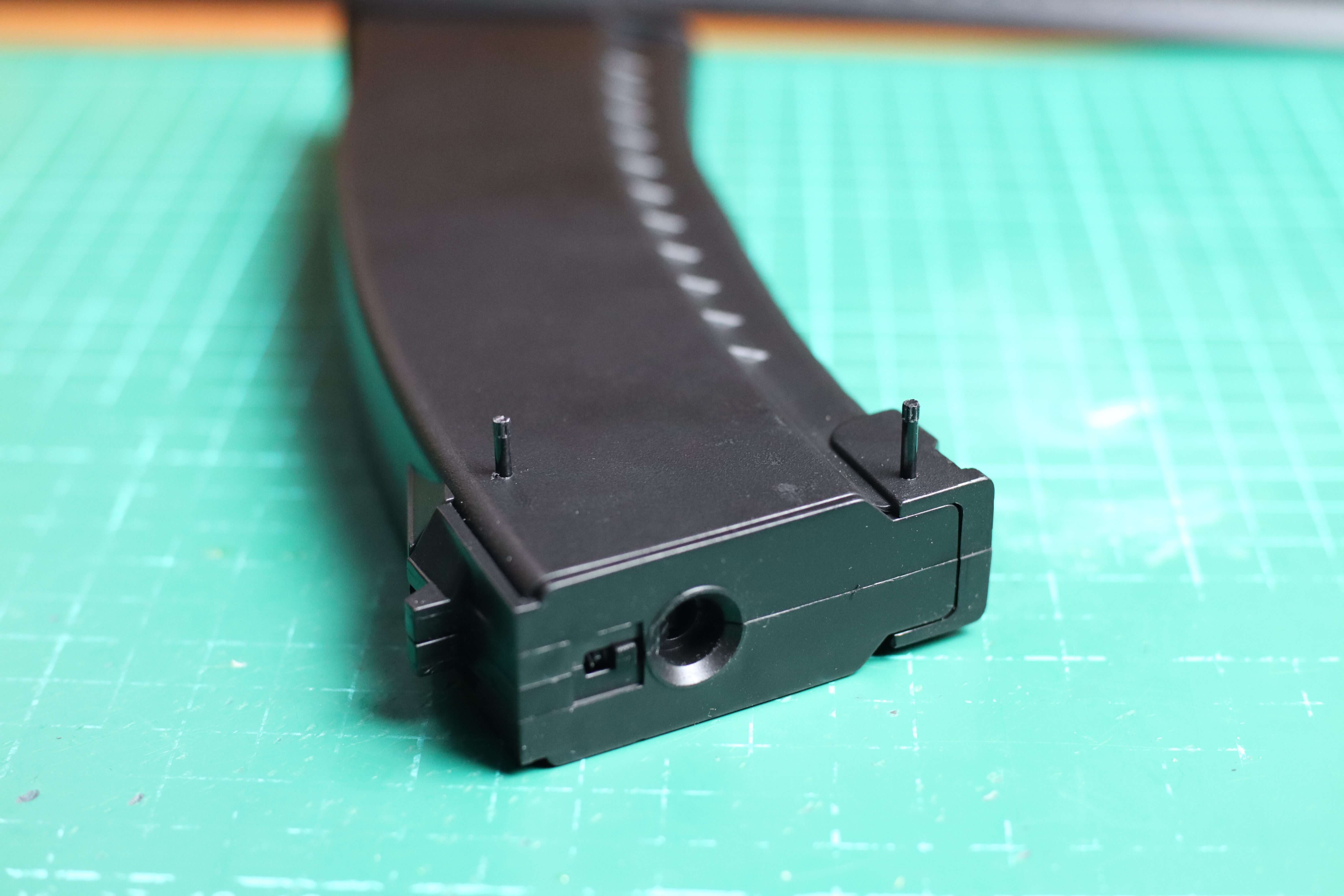 The design of the magazine is slightly different and manifests itself at the beginning of our adventure. Instead of a screw at the bottom the insert is held in shell with two pins that need to be removed. The pins are grooved on one side to bite firmly into the plastic and do not fall out, so I recommend pushing them out so that this side comes out first 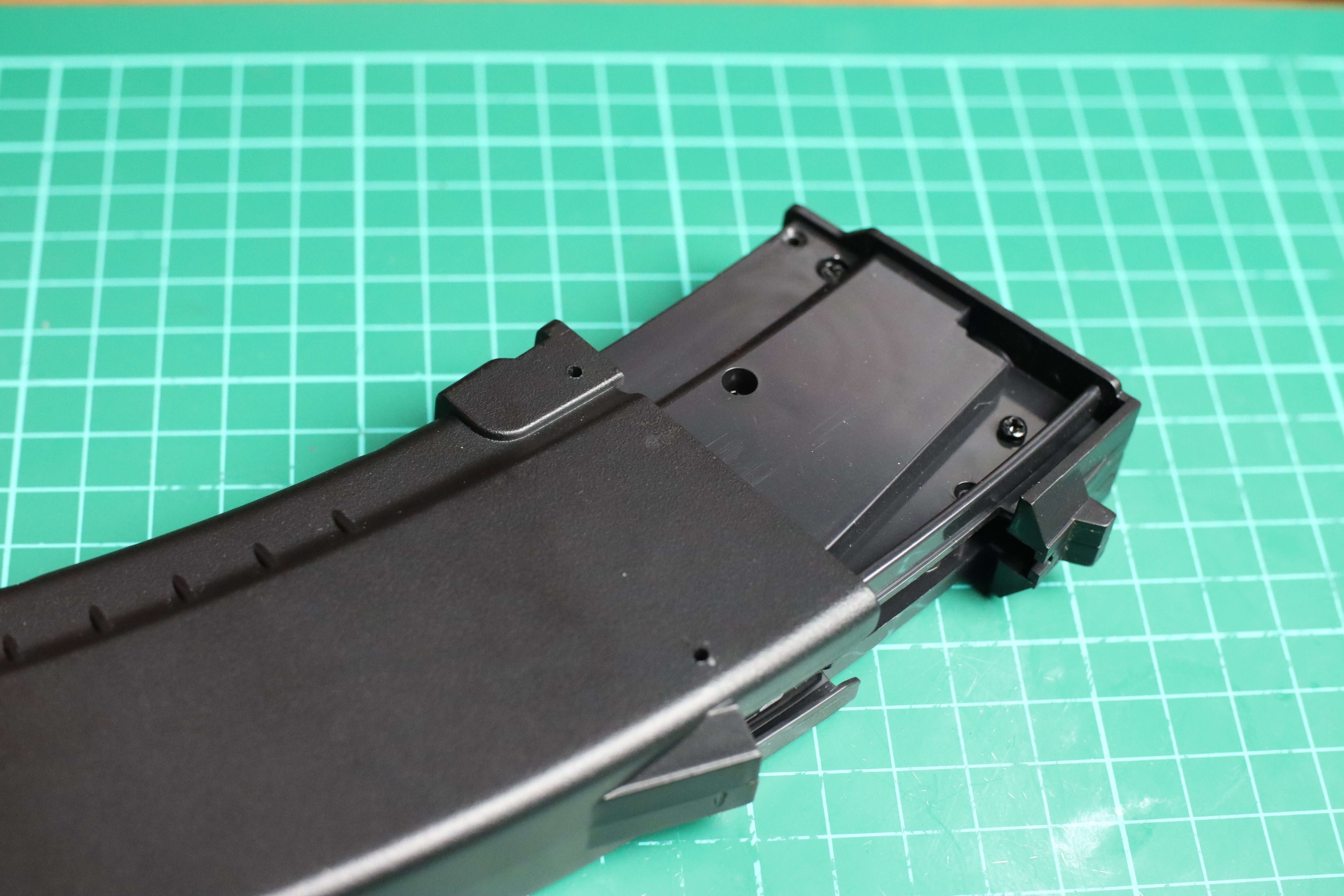 After pushing out the pins, the rest is very similar. 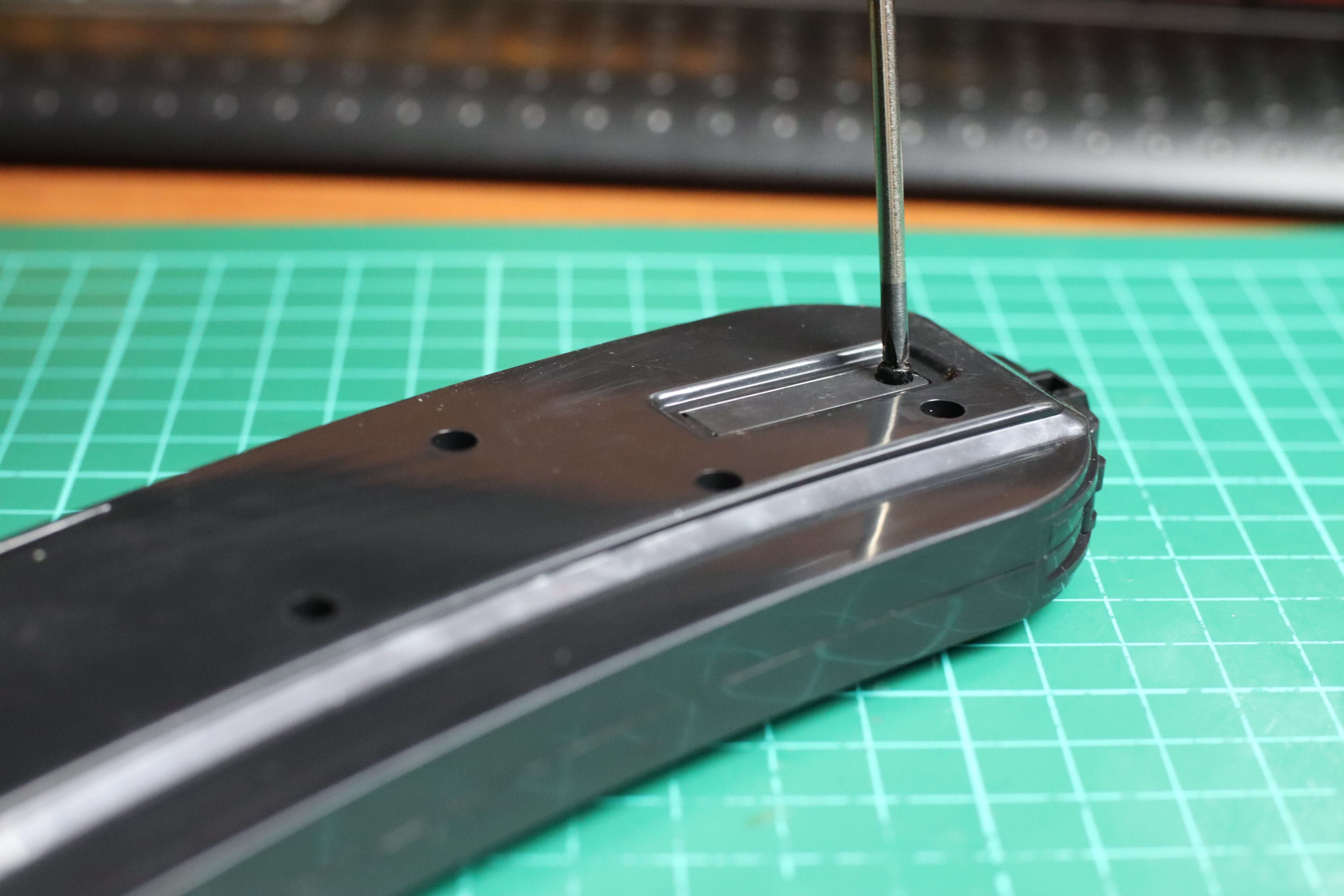 I start by pulling out the spring, to do this I have to unscrew this flap. Watch out! Hold it firmly otherwise the flap will shoot out.

We can pull out the spring out. The Cyma mid-caps have a two-part spring so don't be surprised if you only pull out one part. 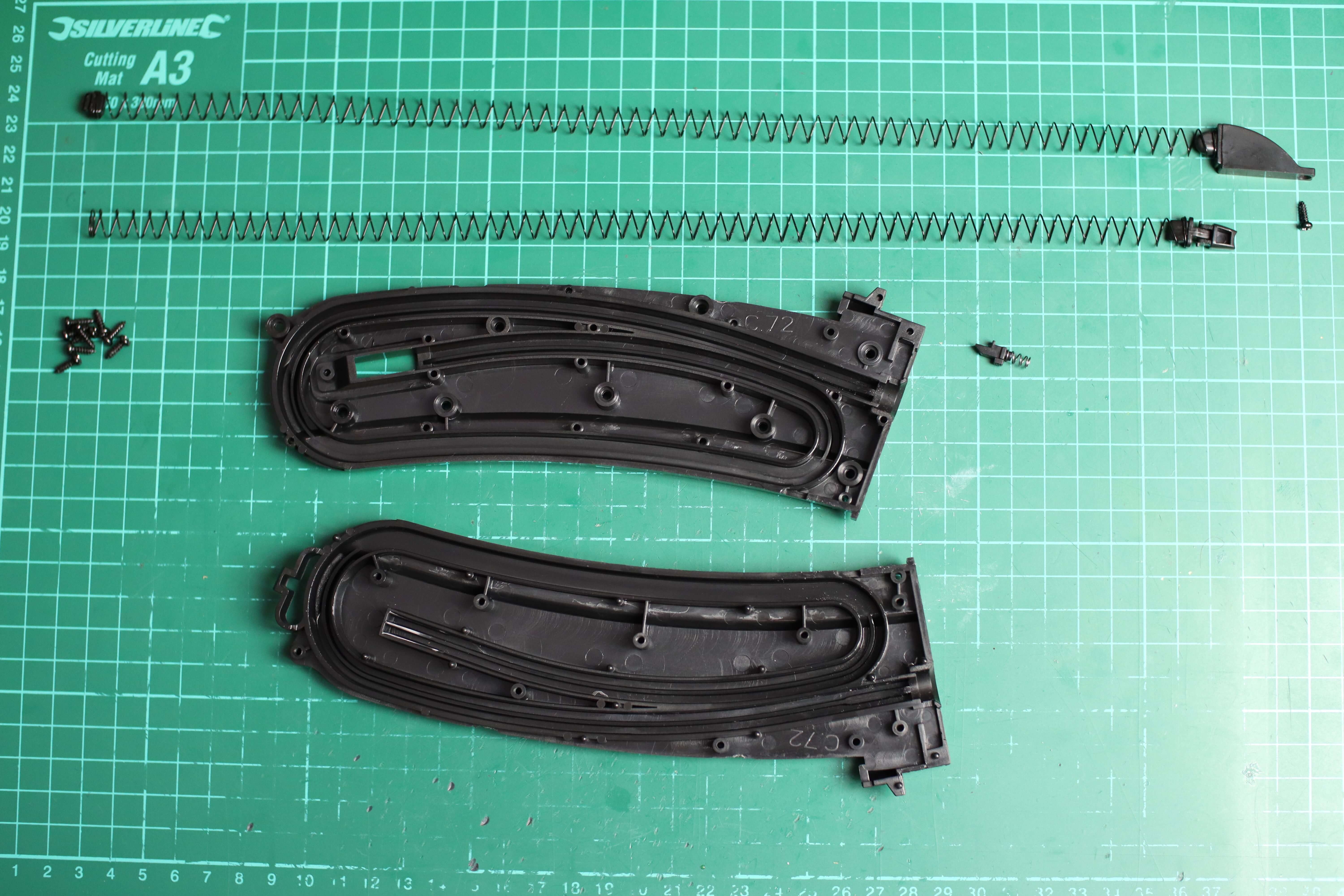 All it is left to unscrew all screws, and remove the lock so you won’t lose it. 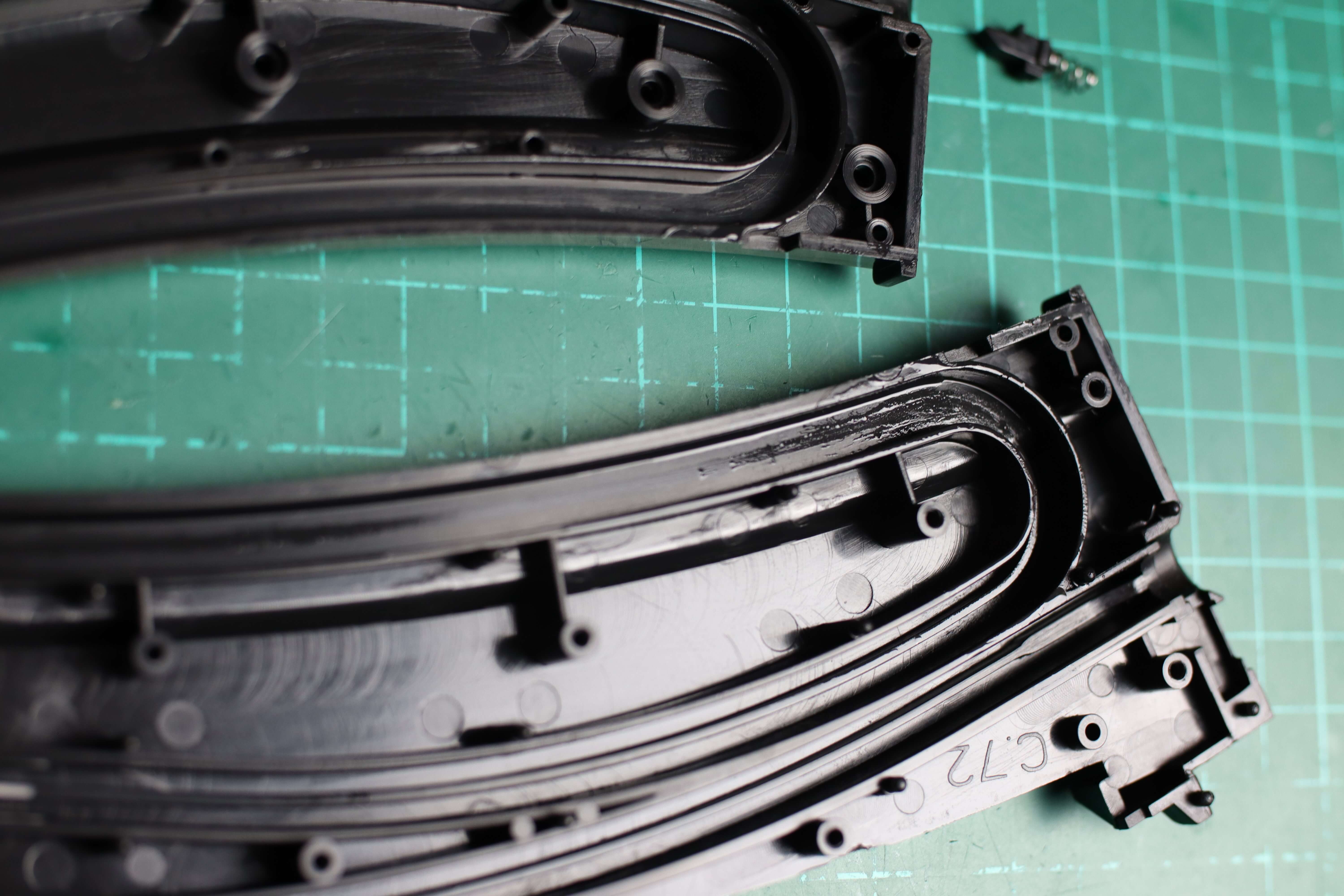 And we can take a look, the magazine itself literally saw one game so you can say it's clean, but we can see inside the grease applied by the manufacturer to which dirt can stick in the future. 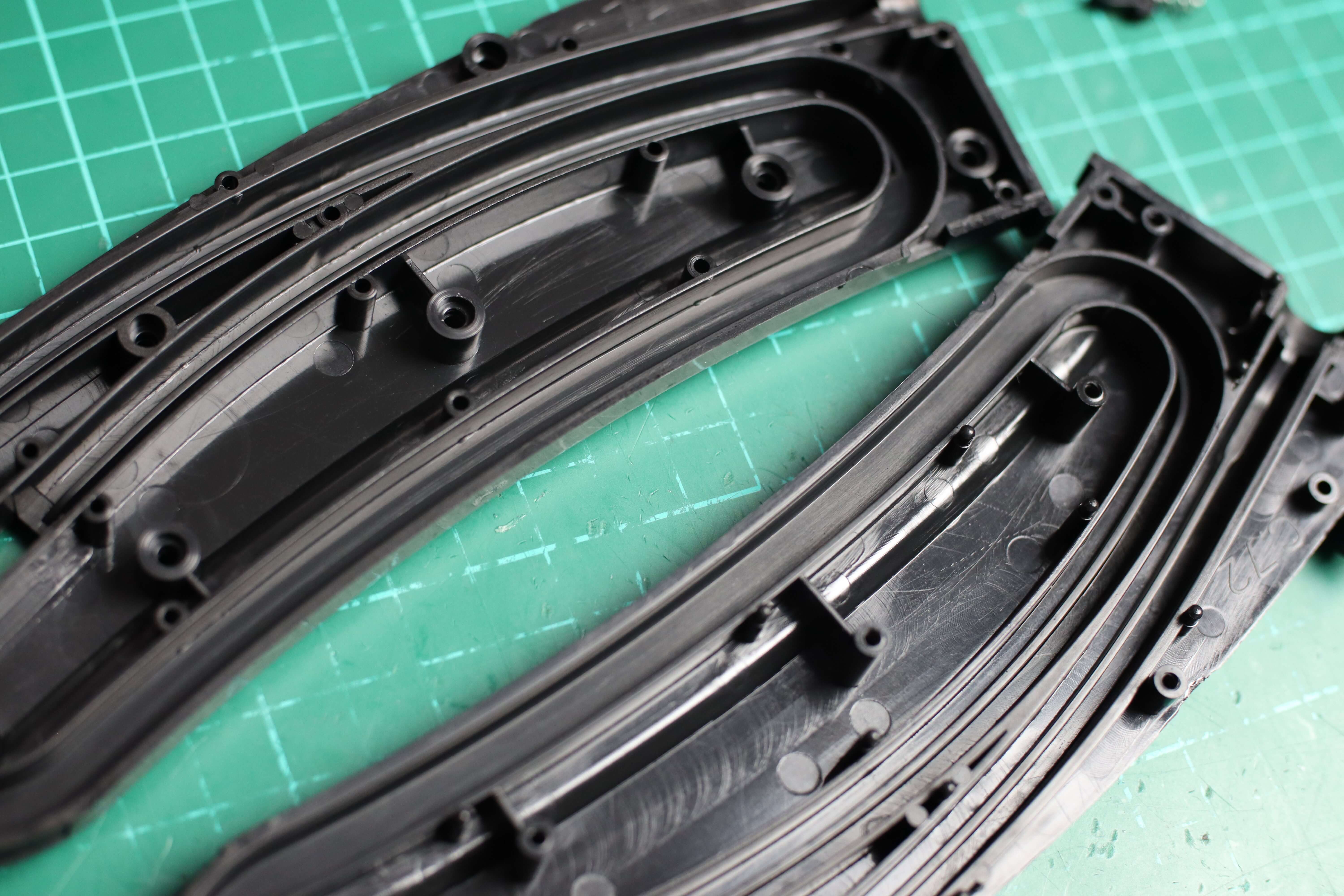 The same as in the case of the previous magazine all we have to do is to clean the tunnel and the spring with a cloth and izopropyl alcohol, After reassembling the magazine, it's ready to be used. 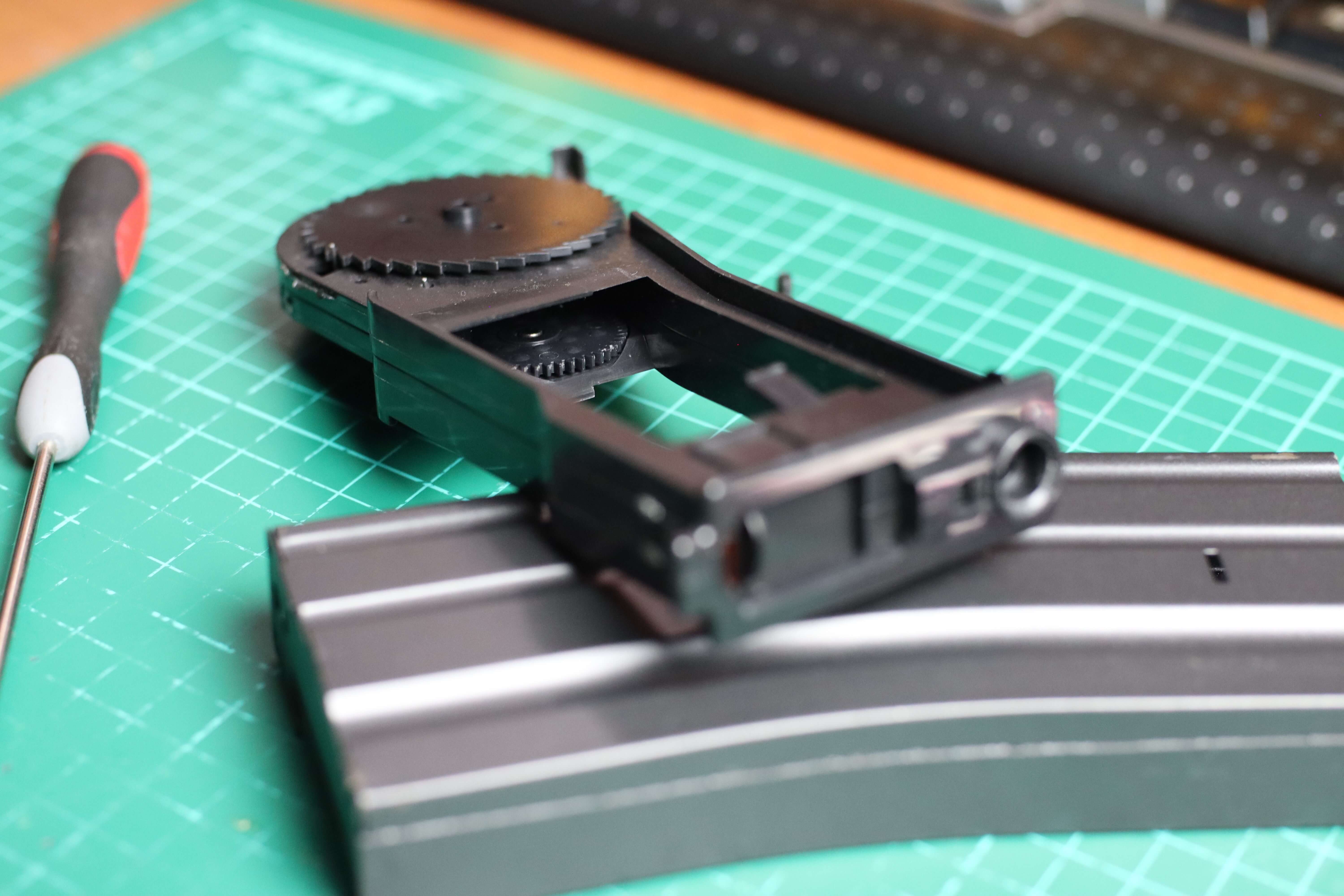 As a bonus, I would like to say something about hi-cap magazines. In them, unfortunately, we can’t do much, after removing the insert from the shell I recommend only blowing everything with compressed air. Dissasembling the mechanism could end with us not able to put it back together so i would not recommend it.

We have our magazines cleaned, but why do manufacturers lubricate them and I just clean them?

The answer is simple and is included in the introduction. Dust and other dirt stick to oiled / lubricated surfaces, after degreasing the surface there is nothing for dirt to stick to and there is a greater chance that it will simply fall out. In my opinion, lubrication in magazines is not very much needed. The followe usually move freely in the tunnel and the bb’s themselves also have some space. In addition, the bb’s themselves will not take grease from the magazine into the hop-up chamber and affect the repeatability of the shot in the case of new magazines.

I have used this technique myself for years and I use good quality bb’s so that I never have a problem with jams in magazines, even when I haven't cleaned them for longer a period of time.