If you are just starting your adventure with airsoft, you’ve probably come across mysterious-sounding names and abbreviations that don’t mean much to you. We want to shed some light on those, and also accompany you at the beginning of this undoubtedly fascinating hobby - airsoft. That is why we have prepared a series of entries in which we explain the basics of ASG. Today we will deal with the concept of CQB - what does it actually mean?

The abbreviation CQB comes from the English term close quarters battle, which means fighting in confined spaces. These are special methods used by trained police or military units. The ASG community borrowed both the concept, style and rules of close quarter battle from secret ops. 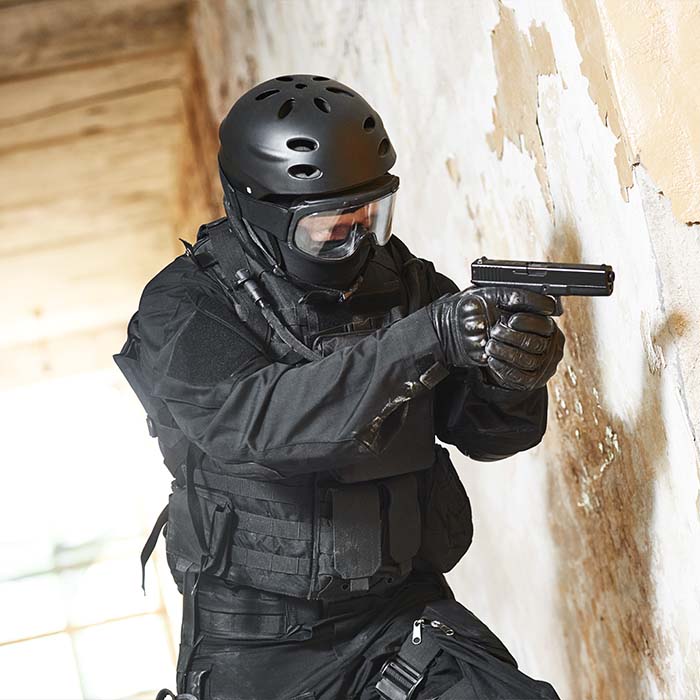 Some players specialize in this type of airsoft engagements. Others only participate in them from time to time, and some airsoft fanatics don’t like this style of play at all. Before you qualify for any of these groups, it's worth trying it on for size. Remember that indoor operations have their own set of rules, the knowledge of which is required to join CQB matches.

Skirmishes in confined spaces are usually organized where there are dark and tight corridors, as well as a whole network of rooms. Usually these are abandoned buildings, but it also happens that a special arrangement is made for the battleground - in large halls or even outdoors. A special layout of rooms is constructed, thanks to which it is possible to arrange a CQB game in accordance with its character. CQB games can also have different kinds of scenarios. For example, the participants can divide into two or more teams, playing as terrorists and special ops, then simulate an assault on a building and a gunfight with terrorists, sometimes adding hostage rescue.

In this type of scenarios, teams are usually smaller than in outdoors engagements. What’s more, there are also restrictions set on the power of allowable airsoft guns - the muzzle velocity cannot exceed 350 FPS. This is a common rule for CQB games - the Polish ASG players league has just recently introduced such restrictions, but the organizers of individual events may also apply their own regulations, so you should always read them. 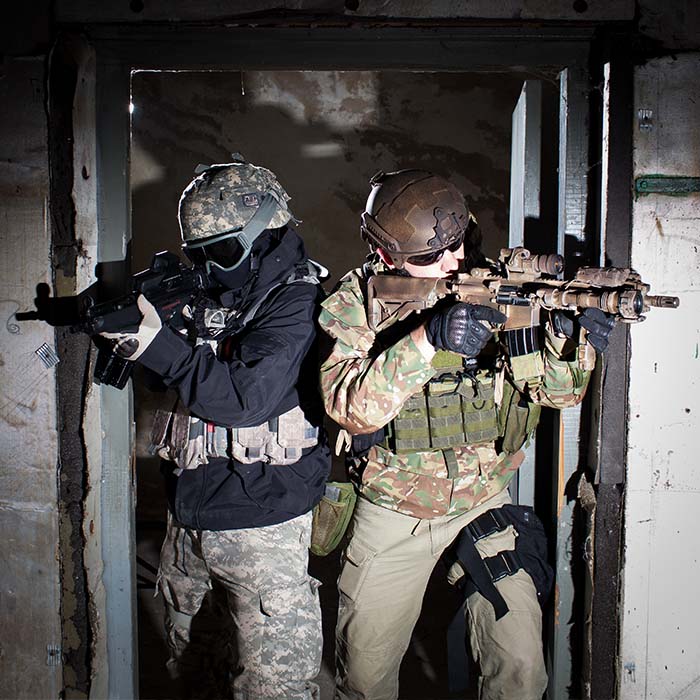 How to prepare for operations in confined spaces?

You will need tactical equipment - just like in any other airsoft competition. It is best to choose compact and light airsoft guns, which are more mobile, handy and designed for convenient handling in closed spaces. You can supplement your gear with various types of tactical equipment - such as lighting - a vital element in close quarter battle games, held often in dim or even completely dark conditions, so a source of light is a must. 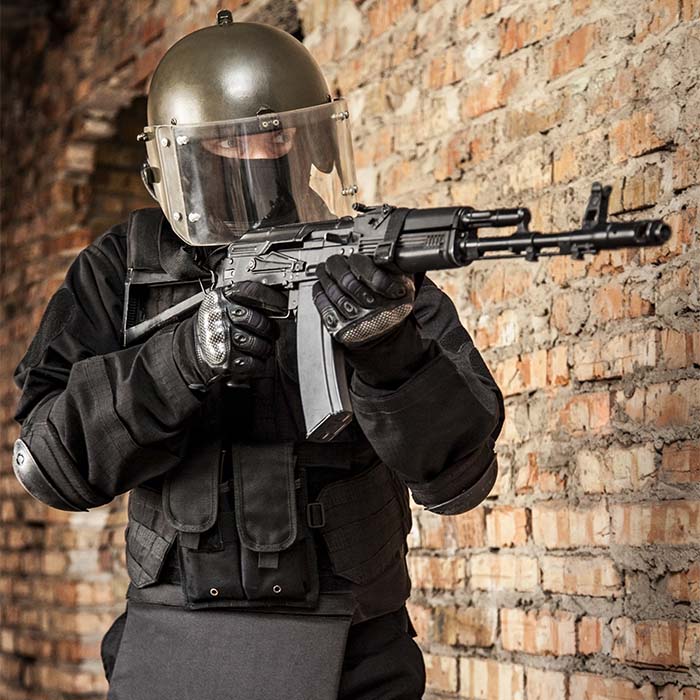 Although firearms are not used during airsoft games, it is still necessary to use safety measures - in the form of protective glasses. If you are planning to engage in CQB games, it is also worth buying a helmet and a mask, as shots are fired from a closer distance than in outdoor scenarios - and you can never go wrong in terms of extra protection.